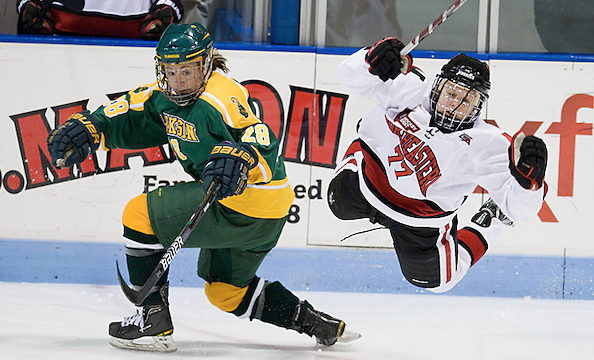 The Prince Edward County Minor Hockey Association is teaming up with Hockey Canada, Bauer and Canadian Tire to assist young families with the goal of putting their child into the great game of hockey.

The local minor hockey collective is starting up the First Shift program, an introductory initiative designed for children aged 6-10 that have never been a part of organized hockey before.

For the start up cost of $199, children are outfitted head-to-toe in gear supplied by Bauer and offered a six weekly one hour sessions in a friendly environment where coaches will on-ice instruction so new players can learn the skills and the rules of the game.

Junior Local League coordinator Ben Cowan confirmed the tenth child had just signed up for the 2018 fall session, meaning the program will be a go in Prince Edward County this October.

Cowan said it’s important to recognize that hockey poses significant barriers to entry, not just cost, but age, culture, and the day-to-day pressure of life.

“As our society becomes more culturally diverse kids may not have grown up with hockey in the home and the prospect of buying equipment, knowing how to put it on, what to do in the rink can be daunting,” Cowan said. “Furthermore our lives are so busy that families often need to have the certainty of a consistent schedule week over week.”

The First Shift looks to overcome these hangups by offering an opportunity to start hockey later than most in a warm and friendly environment with children that are in exactly the same position.

“It will be a shared community experience if you will,” Cowan added.

At the end of the six week program, First Shifters will have the opportunity to enrol in the Tyke or Novice Local League programs for a cost of $50.

“So, by the end of the six weeks, a first time player could have new supplied equipment and be playing minor hockey for $250,” Cowan added.

One of the driving forces behind bringing this national program to PECMHA is former Canadian Women’s Hockey Leaguer Danielle Skirrow.

Skirrow, a Trenton native that now works in Prince Edward County, proposed the local minor hockey association look into joining up with the First Shift program.

“She is the driving force behind the program locally,” Cowan said. “(Skirrow) was looking for a way to give back to the game that she loves, and having had previous experience with the First Shift program, proposed it to PECMHA.

As the on-ice support, Skirrow brings an impressive hockey resume with experience in the NCAA, CWHL, and the Swedish Women’s Elite League.

“She brings a tremendous amount of energy to the game, loves working with kids, and they will respond to her really well,” Cowan said.