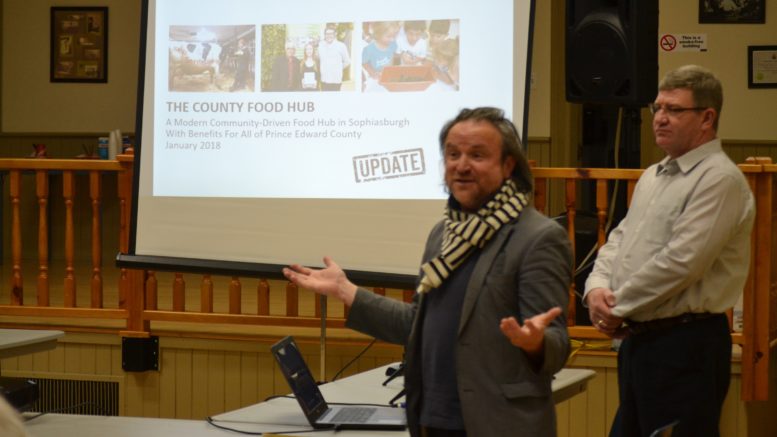 The race against the clock is on in Sophiasburgh as the County Food Hub closes in on a very important goal.

Organizers of the County Food Hub, a community-driven initiative to transform surplus space at Sophiasburgh Central School into a commercial kitchen facility for local users, chefs, cooks, food producers, etc are closing in on their financial requirements that will allow them to sign a five year lease with the Hastings and Prince Edward District School Board.

The lease will allow the school to remain viable and open and save the facility from the jaws of consolidation. 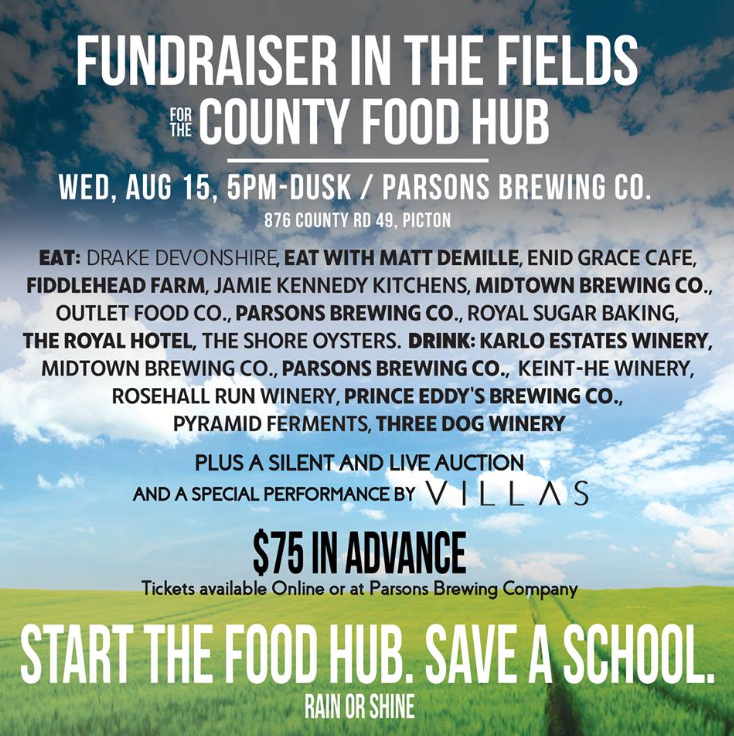 Organizer Mike Farrell told the Gazette Tuesday the County Food Hub had secured $770,000 of the $845,000 total required by the board.

The group has until the end of the month to meet the financial requirement laid by the HPEDSB.

The secured funding is earmarked for construction and equipment that would see the southwest section of the school transitioned into a provincially inspected commercial cooking space complete with the latest culinary utilities and technologies.

We’re nearing the deadline and the capital we’ve raised so far doesn’t include monies we will have coming in over the next two weeks,” Farrell said. “We’ve hit every other single milestone and we are going to achieve this one for financial viability. It’s all that’s lying between us and a five year lease with the Board.”

The County Food Hub are planning one last giant fundraising event entitled the Fundraiser in the Field and it will be taking place Aug. 15 at Parsons Brewery just east of Picton.

Farrell said this fundraiser will serve as a party to thank previous donors and make one final push to put the cause over the top.

The event will gastronomic gala not to be missed and will include food prepared by the likes of Drake Devonshire executive chef Alex Feswick and Royal Hotel Executive Chef Albert Ponzo.

Local wineries and breweries will provide drink and song will be offered by the band Villas.

“Auction items include a full customized dinner for 8 at your home provided by Chef Albert Ponzo of the Royal Hotel, custom event floral design by Coriander Girl, a private concert at your home by local musician Jeremy Kelly and many many more experiences and gift baskets,” Farrell added.

Tickets can be purchased via Eventbrite (County Food Hub) and tickets are available at Books & Company and Parsons Brewing Co at 876 County Road 49.