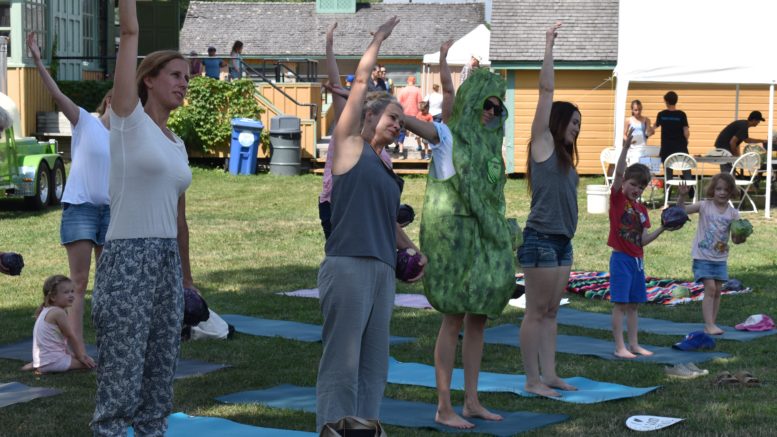 FEELING FERMENTED- Participants in the Creekside Yoga session at the 2018 Ontario Fermentation Festival in Picton on Saturday. (Jason Parks/Gazette Staff)

It was a celebration of all things fermented on Saturday at the Crystal Palace.

The second annual Ontario Fermentation Festival took place with dozens of vendors, makers producers and experimenters offering their wares to those who have found the metabolic process produces tasty if not stomach pleasing food and drink.

From kimchee to kombucha, Saturday was all about tasty, positive gut health edibles. 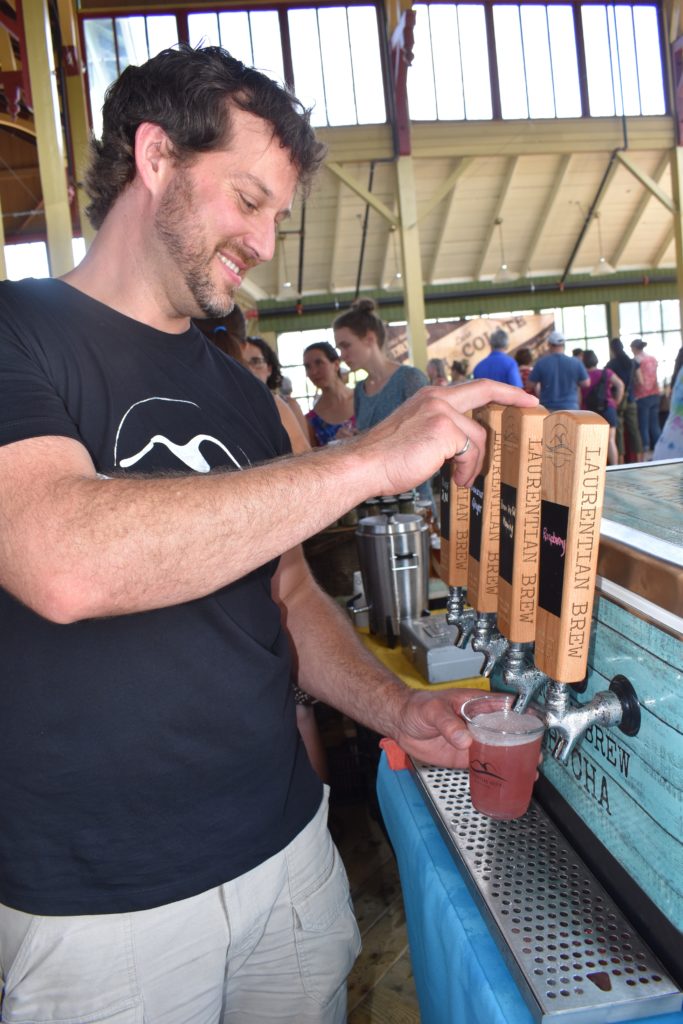 Pyramid Ferments co-owner Jenna Empey said there were over 35 vendors assembled inside and adjacent to the Crystal Palace and a series of speakers in the Bluebird Building that were ready to teach and show how to create and utilize fermented products.

“One of the reasons we organized and hosted this festival last year was because so many people out there don’t realize how much fermented food they eat everyday. Coffee, chocolate, yogourt, sourdough bread and kombucha and fermented vegetables are part of most everyone’s daily diet,” Empey told the Gazette.

One of the oldest forms of food preservation, humans since the neolithic age have been using combinations of salt, bacteria and time to create longer lasting, better tasting and healthier nutrition.

Empey said developments such as beer and sourdough bread were “happy accidents” but more science is being put into the fermentation process with popular results being batched everyday.

Some of the more unique items available at Saturday’s event was kefir, a probiotic dairy beverage as well as well fermented versions of sauerkraut and pickles.

“I would challenge anyone who doesn’t like or understand fermented food to try a different fermented,” Empey said. “There are so many options out there.”

Another unique beverage was an artisanal soda produced by the County Bounty farm just east of Picton.

The organic soda is crafted from roots and herbs harvest from the farm, items produced from neighbouring farms and foraged ingredients along the road.

Lavender, Lemon and Basil, Sour Cherry and Mint and Roadside Botanical are just a few of the offerings available Saturday.

This year marked the second straight Fermentation Festival that Dodie Ellenbogen and County Bounty has taken part in.

“It’s a great celebration of things that are local and handcrafted. People here take so much care in what they produce, it’s on a smaller scale from folks that passionate about growing and fermenting their own goods,” Ellenbogen said.

In the Bluebird Building, Andrea Wheeldon of The Living Kitchen was demonstrating how to make kimchee pancakes.

Wheeldon’s session was focused primarily on using ferments as ingredients while cooking and not relegating them to garnishes.

Wheeldon teaches fermentation workshops and how to make ferments in your kitchen confidently and how to integrate it them into everyday meals.

And while the taste factor is a key component to suing ferments, the beneficial side of promoting good gut health with daily doses of enzymes, cultures and bacteria cannot be forgotten.

“The health benefits are a major reason behind the sudden popularity of ferments and people are finding that it helps ease symptoms and promotes good gut health,” Wheeldon said. “It’s an easy way to introduce good materials into your system that tastes good.” 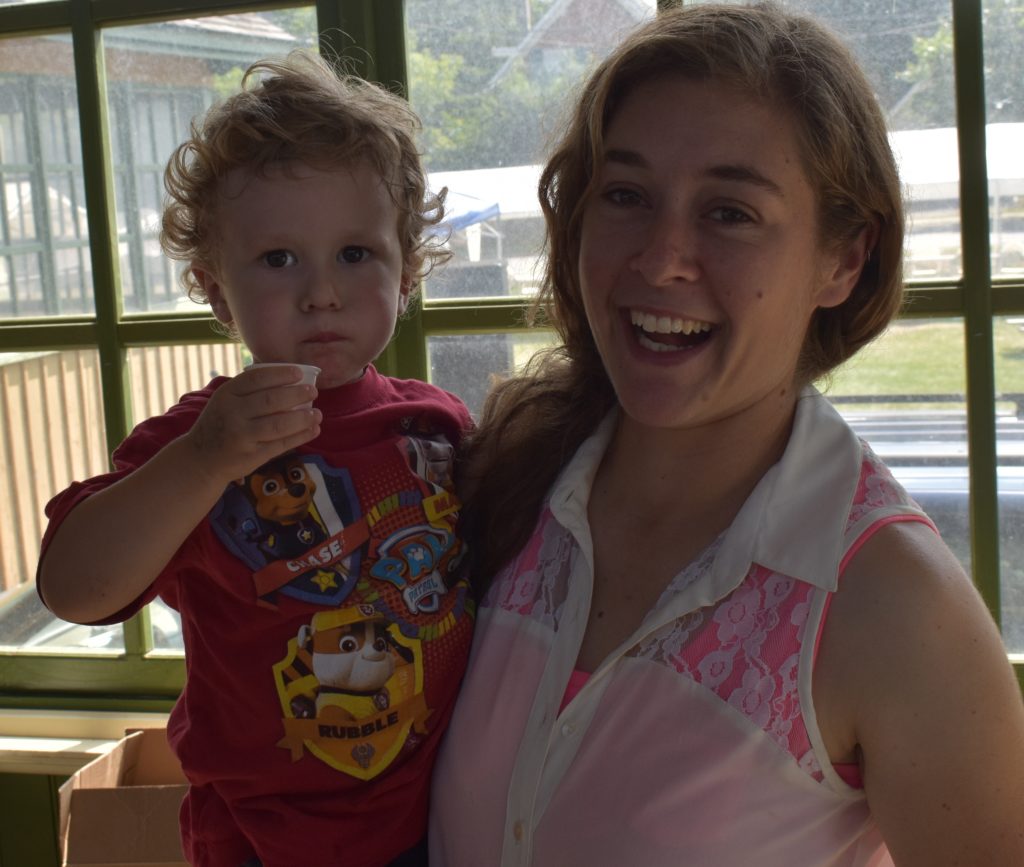 If it was taste one was after, the Laurentian Brew Kombucha stand was a popular destination.

Brewed in Deep River, ON from fermented green tea leaves, Matt Weese and Natalie Surette had a difficult time keep up with demand.

Weese explained Laurentian Brew Kombucha was a fizzy sweetened tea drink that undergoes two separate fermentation processes that contains the benefits of cultures and bacterias but contains less the 25 per cent of the sugar in a normal can of soda.

“It’s sweet and delicious and it contains probiotics and digestive acids that encourage good gut health and help the body detoxify itself,” Weese said.

A primarily northeastern Ontario company with its drinks distributed as far south and west as Kingston, Laurentian Brew is a growing concern with a burgeoning group of fans and dedicated consumers.

Dedication is a good way to describe Shawn Morden’s position on fermented food and drink.

A regular consumer for the past year, Morden raved about the health benefits of consuming ferments.

“It’s great for you, it keeps you healthy especially the kidneys,” Morden said. “It knocks a lot of the salt out of your body and helps your immune system.”

“A few sips a day keeps the doctor away,” he added.