Officers with the Prince Edward OPP were kept busy during the week following the Civic Holiday with over 300 incidents needing their attention.

Below is a sampling from each day last week courtesy of Community Safety Officer Constable Patrick Menard.

•The Joint Rescue and Coordination Centre in Trenton reported a sail boat wedged on a rock in shallow water off Point Petre. After the sailor and his dog were rescued by Search and Rescue Technicians and airlifted to a nearby location, OPP transported the sailboat’s owner into Picton to make arrangements to have the boat towed. 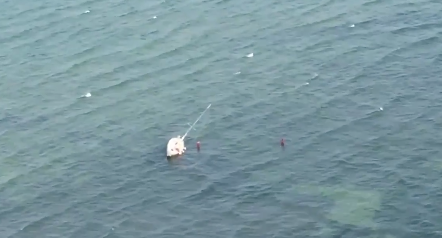 SAR TECHS attend the scene of a sailboat wedged in the rocks off the coast of Point Petre. (Twitter video screen capture)

•Prince Edward OPP and emergency crews were called to Sandbanks Provincial Park after a report of two females possibly drowned. Both females, ages 12 and 63, were revived and transported to Prince Edward County Memorial Hospital by EMS.

•Police were called to a motorcycle vs. golf cart on the Millennium trail outside of Wellington. Three people suffered non-life threatening injuries. A 28-year-old male from Consecon was charged contrary to the Off Road Vehicle Act Section 16 – Careless Driving.

•A Prince Edward County Tow Company contacted police regarding a vehicle in the ditch and that the driver appeared to be impaired. The vehicle was later stopped and the driver was arrested for impaired driving. A 57 year-old-male from Toronto was charged and his vehicle was towed from the scene.

•Premier Doug Ford was at Barley Days Brewery near Picton to make an announcement. Police stood by and kept the peace while a small group of protestors voiced their concerns.

•Police attended a Johnson Street address in Picton after a report of a domestic occurrence.

•Police responded to reports of a possible impaired driver on Country Road 12 near Sandbanks Provincial Park. Once the vehicle was located, a 27-year-old male from Quebec was issued a three day licence suspension. 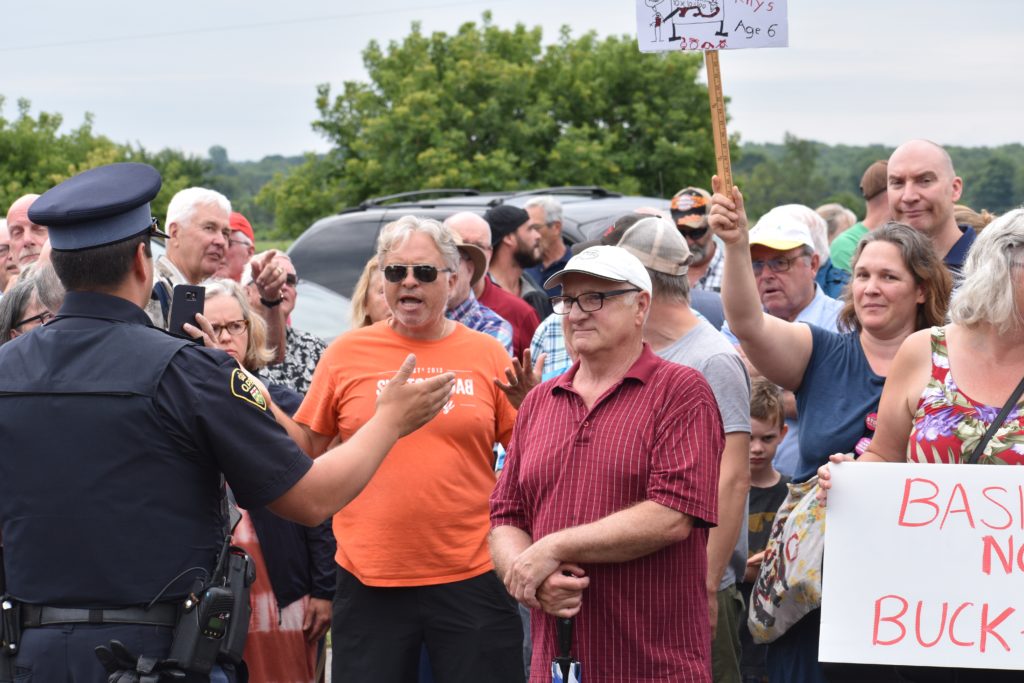 •Bayfield Treatment Center in Consecon contacted Prince Edward OPP to advise two female residents had run away from the home. Extensive patrols were undertaken with negative results. Surrounding OPP detachments were notified and eventually both youth returned later that evening without incident.

•A commercial motor vehicle inspection on Belleville St. in Wellington resulted in a 52-year-old male truck driver being charged with operating a motor vehicle with no valid Commercial Vehicle Operator’s Registration.

•Police responded to a report of a 5-year-old child missing while playing on the beach at Sandbanks Provincial Park. The child was located by a third party and returned to the family.

•During a RIDE initiative, police stopped a vehicle and the driver was found to have a suspended licence due to unpaid fines. Notice of suspension was served and the vehicle was removed by another licenced driver.

•Prince Edward OPP responded to reports of a boat being vandalized. Two engines were damaged and fuel was contaminated. The boat was at a storage facility on County Road 18 at the time of being vandalized but has since been moved to the owner’s cottage in Kingston. OPP Frontline Support Unit is investigating.

•A two-vehicle collision on Paul St. resulted in no injuries however a driver was charged under the Highway Traffic Act with starting from stopped position while being unsafe to do so.

•A Bayfield Treatment Center worker reported a youth at the residence throwing a rock and damaging the worker’s truck windshield and scratching the hood. No charges were laid in the  matter as Bayfield will handle the occurrence internally.

•While conducting a RIDE program on County Road 12, officers observed a vehicle attempt to turn around to avoid the stop. A 30-year-old male from Montreal was arrested and charged with impaired driving.

•Bayfield Treatment Center staff reported being threatened by a youth The incident was reported to police and a warning was issued to the youth.

Aug. 11
•Police responded to a report of a large fight at Sandbanks Provincial Park. Prince Edward OPP officers spoke with a large group who all denied seeing anything.

•A seven day stunt driving charge was issued to a 21-year-old male from Quinte West who was stopped on County Road 19 after being clocked travelling twice the posted speed limit.

•Two youth were reported missing from the Bayfield Treatment Center in Consecon. Patrols were conducted with negative results but both females were reported returned later in the evening.

•While conducting traffic patrols, Prince Edward OPP officers undertook a vehicle stop and a driver was charged with driving under suspension.

•At another traffic stop, a driver with interlock restrictions was found driving a vehicle not equipped with an interlock device. A male driver was charged accordingly.

A total of seven RIDE programs were also conducted during this time period.