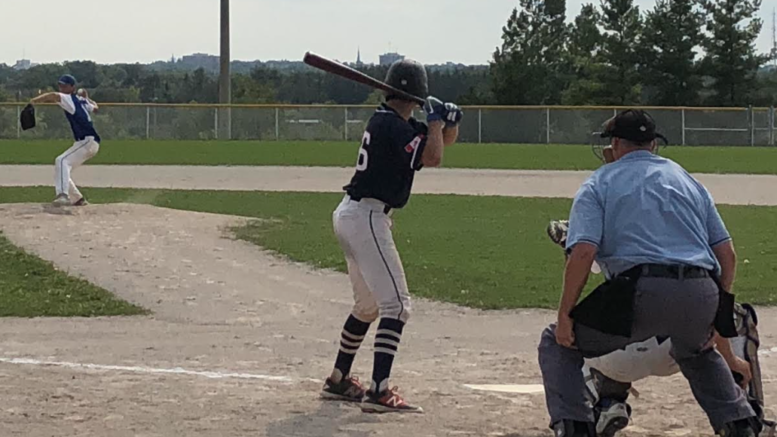 WILL THE THRILL- Quinte Royals pitcher and county native Will Ronan delivers a pitch during the final moments of his team's 3-2 win over the Barrie Baycats in the 2018 AA Baseball Ontario Provincial Semi-finals in Richmond Hill on Sunday afternoon. (Submitted Photo)

A late-season reclassification appears to be no issue for the Midget Quinte Royals as the regional all-star squad is on the cusp of Baseball Ontario supremacy. 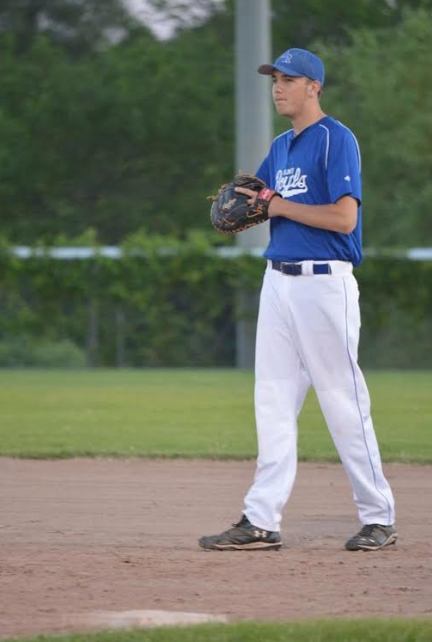 The team, which features Prince Edward County standouts Will Ronan and Braeden Kelly, will play the Waterloo Tigers later this week for the Baseball Ontario AA championship.

Due to the size of their drawing area, the Royals were originally dominating the A division of the Eastern Ontario Baseball Association, racking up an 18-3 record through the regular season.

In their wisdom, Baseball Ontario stepped in and bumped the Royals into the higher bracket of play, tasking the club to compete with the likes of Barrie, Kitchener, London, North York, etc. At the 12-team provincial AA championship tournament this past weekend in Richmond Hill.

“To get to the Gold Medal game of the Baseball Ontario Provincial Championships is a pretty significant accomplishment, especially considering we are an A centre,” Royals bench coach Matt Ronan said.

Both Will Ronan and Kelly have taken the hill for the Royals this season and the former was on the mound in the provincial semi-finals Sunday afternoon, picking up the save as Quinte edged the Barrie Baycats 3-2.

Known as a club that’s structured around pitching and defence, the Royals brought their hitting shoes to Richmond Hill this past weekend, putting up 68 runs in four games.

Kelly had an oustanding weekend at the plate, connecting several times to drive in Royals runners.

After a 10-inning, rain-delayed setback in the opening game Saturday morning to the Stoufville Yankees, the Royals shaded the Niagara Falls Falcons 11-10 in Game 2 to even their record at 1-1.

On Sunday in the elimination round, the Royals bounced the North York Blues 11-6 and then embarrassed the Baycats 20-0 in a game Barrie had little to play for other than eliminating Quinte.

Later that afternoon with both teams facing elimination and one another, the Royals punched their ticket to the finals with a dramatic 3-2 win.

The team is comprised of top players from the Quinte region and is skippered by well-known UPS driver Dave Cleary who delivers daily to Prince Edward County.

Due to a series of rain delays, the tournament was called after the teams reached their daily games limit late Sunday afternoon, setting up a winner-take-all date with the Waterloo Tigers Wednesday evening.

First pitch is at 7:30 at the Richmond Green Sports Complex and Park.