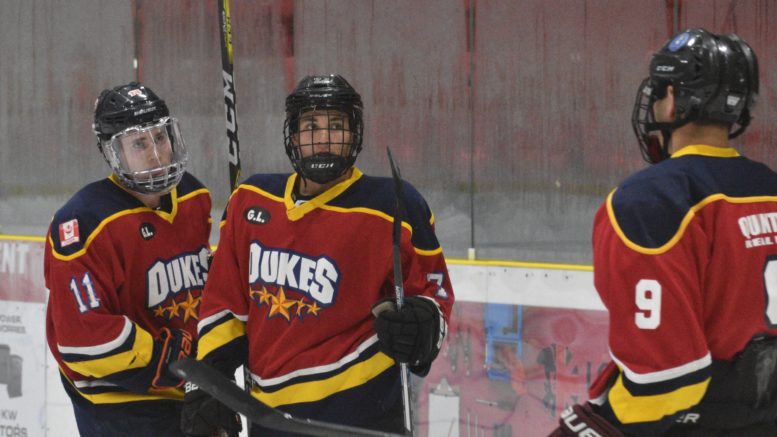 What they aren’t is an exact replica of the team that came within a period of Canadian Junior A Hockey supremacy this past May. 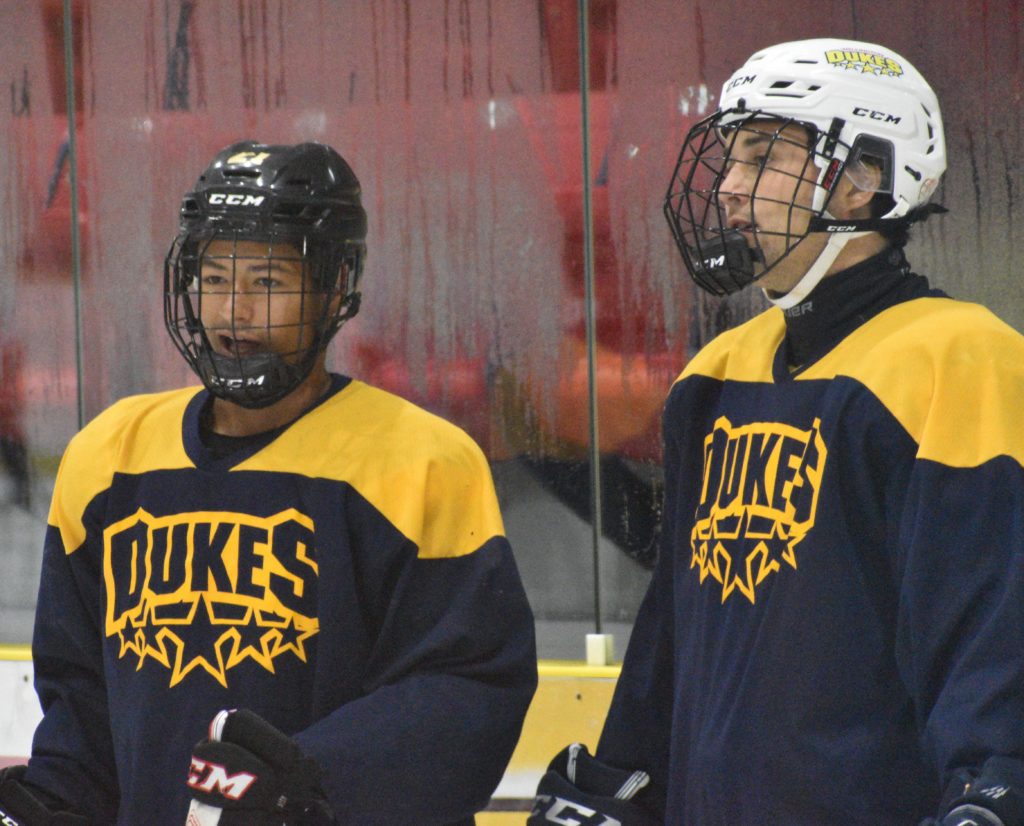 And that shouldn’t really come to anyones surprise even in the very cyclical world of junior hockey.

Too many subtractions throughout the lineup ensure that Wellington will be a different team in terms of style and pace than at any point last season and you simply cannot lose the likes of Jonah Capriotti, Declan Carlile and Mason Snell, Colin Doyle and Mitch Martan and not expect to see an impact on the line up.

But in the place of the departed who have left for other leagues or hockey opportunities at American Colleges, there was an intriguing crop of prospects being put through their paces this weekend at the newly renamed Lehigh Arena in Wellington.

Offseason pickups and prospects indicate the new Wellington Dukes hierarchy, in place for the first time during the recruiting and preparation season, are serious about mounting a defence of their 2018 Ontario Junior Hockey League Championship.

Nick Abbot, a speedster from the Maritimes, had a hat trick in his first training camp scrimmage and looks like the type of player that Wellington was blessed with in the form of Martan.

Tyson Gilmour looks like a physical presence with a nose for the net, much like Jackson Arcan was for Wellington last season.

Brett Humberstone makes a nice first pass and has confidence in his own end to make the right play at the right time much like Carlile exhibited last season. 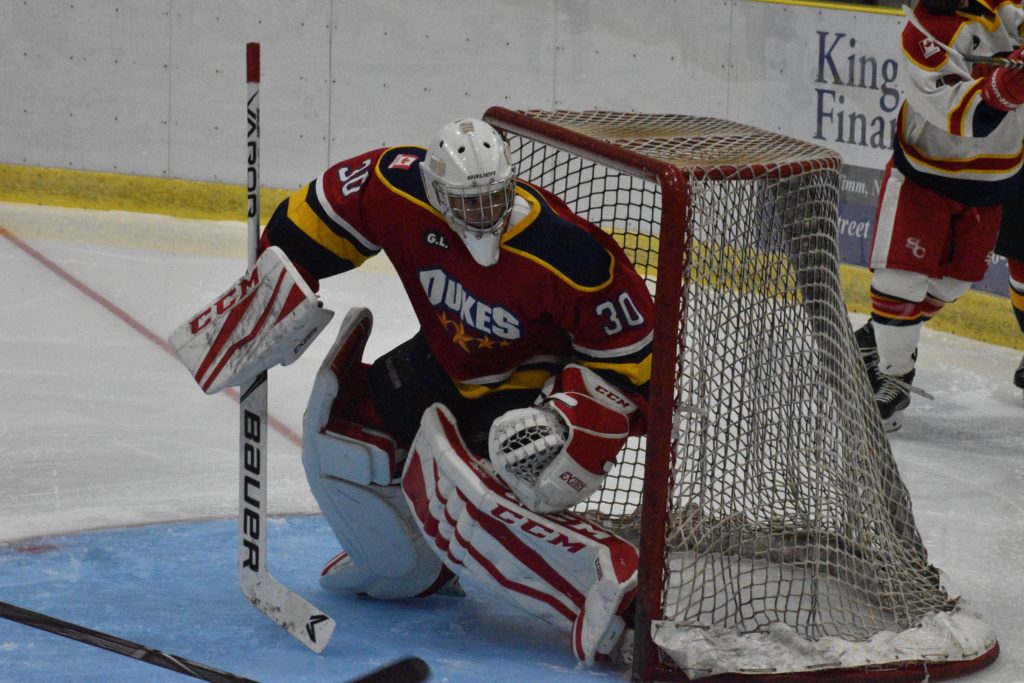 And in net, Carson Poulin looks every bit the veteran netminder Wellington could use after getting it’s top-rate netminding services from Capriotti last season.

Sprinkle in returnees like Zach Uens, Dan Panetta, Nelson Powers, Dawson Ellis and the speedy Andrew Rinaldi with the likes of OJHL vets Elijah Gonsalves and Madoka Suzuki along with Jr. B standouts Dalton Bancroft and Ben Woodhouse and the players assembled by Wellington General Manager Todd Reid provides the footings of a playoff contender and under the tutelage of Bench Boss John Druce, one can suppose the hockey club will at least challenge for the top slot in the East Division.

After playing in Trenton on Wednesday, Wellington hosts Kingston on Friday evening for a 7:30 puck drop.

‘Round the ‘Roc: Arcan, the former Duke whose rights were traded around the Canadian Junior Hockey League was acquired by the Navan Grads and the power forward will be reunited with former Dukes bench boss Marty Abrams…A number of former Wellington Dukes skated with the club this weekend including Luc Brown, Jacob Panetta and Shaw Boomhower…Boomhower could be in tough to make the Ottawa 67’s as an overager but word around camp is that he might try his luck in the East Coast Hockey League if a Major Junior job isn’t available. The Belleville native is also expected to be part of the Chicago Blackhawks entry at the annual Traverse City (Michigan) Prospects tournament in mid-September…Bancroft, Dan Panetta and Taylor are among those expected to explore their Major Junior opportunities at training camps later this month.