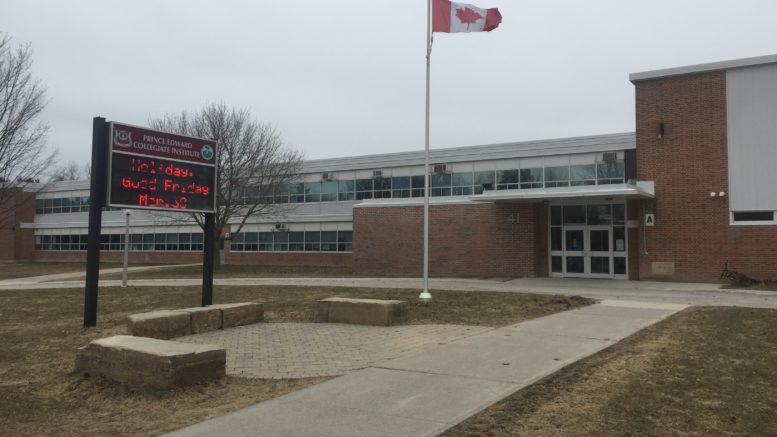 Timelines are tight, but Hastings and Prince Edward District School Board officials are confident their first Kindergarten to Grade 12 facility will be open in time to safely welcome learners on Tuesday, Sept. 4.

Spokesperson for the HPEDSB Kerry Donnell confirmed to the Gazette that secondary and most elementary school teachers will be allowed to access their learning spaces on Aug. 28, but a delay in classroom renovations on the lower level of Prince Edward Collegiate Institute will mean primary school teachers will not be able to unpack their supplies and ready their rooms any time prior to Aug. 30.

“Workers are currently putting the finishing touches on four Kindergarten classrooms, two primary classrooms and two special education rooms,” Donnell said “There will inspections prior to the end of the day Aug. 30 and teachers will be able to access the space afterwards.”

Based on the latest information, Donnell was confident the school would be open Sept. 4 for all learners and local parents would avoid scenarios where the school wouldn’t be ready in time.

The HPEDSB has had some issues in the past with major construction delays in Stirling and Corbyville where new school openings were pushed to later dates in the fall.

“It will come down to the wire and projects of this scope and size and magnitude have their delays. There’s been a lot of work completed in this transition, but we are confident it will be ready for the first day of school.”

But the timelines to prepare new classroom will put a serious strain on primary teachers and staff.

One teacher familiar with the timelines told the Gazette that they were uncertain how they were going to complete all their photocopying, set up computers, and unpack their supply and materials boxes in time.

And that tight timeline with regards to physical preparing left precious little time to develop class lists and prepare materials for identified students.

The teacher added that an open house prior to the first day at a new school would have been very beneficial for all parties however there was no time for any such informal parent-student-teacher session.

“Often parents come in for meetings which helps get the year off to a positive start for those students. I am not sure how those meetings will occur,” the educator said. “We will make it work. That is what we do. However, this transition could have been so positive for everyone involved.”

And the assurances the school will be open and accepting students on the first scheduled day of school has done little to assuage parents that are still concerned after a tenuous Accommodation Review Committee and school consolidation process.

In a letter to the Board of Education, school board trustees and the media, parent J.J. Syer accused HPEDSB of letting down students once again in what has become a series of broken promises and called on trustees to answer this “blatant disregard” for student achievement and well-being that is continually referred to in the HPEDSB strategic plan and by the senior administration.

Syer said parents, students and teachers have been left in the dark as to what is happening at PECI and recalled that part of the school consolidation exercise called for A “Transition Committee” to be put in place to ensure that the new facility at PECI would be completed appropriately and in a timely manner.

Syer added it was her understanding HPEDSB gave a verbal promise to that committee that if there was any chance PECI would not be ready in time to open the day after Labour Day, Queen Elizabeth would serve as a temporary site until the renovations were complete.

“Queen Elizabeth has since been shuttered and is not in any state to reopen. A positive transition of K-6 students to PECI in September 2018 was promised, but an unfinished space with no suitable outdoor space for play or a proper pre-school Open House meets any of those promises,” Syer said.

Four days over a long weekend is not sufficient time to set up a primary classroom from scratch, knowing they need to find and unpack all their belongings, organize furniture, learning centres, etc., in Syer’s opinion.

“Giving these small children their best start means having a teacher who is not rushing into the school year with an unprepared space,” Syer added.

PECI is expected to host an open house for parents during the second week of September.