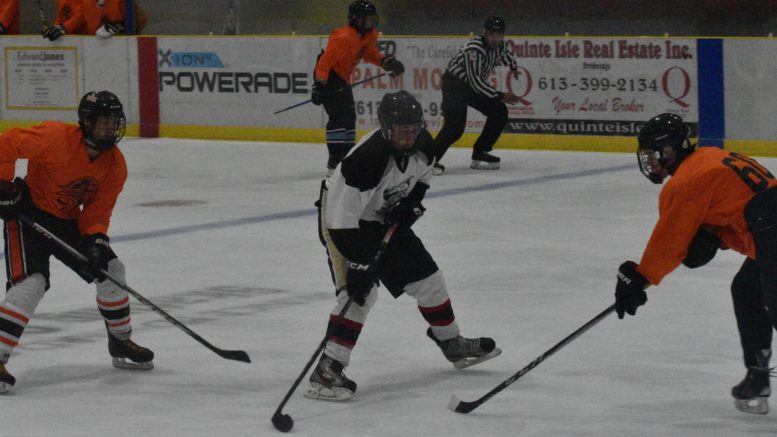 A split with an explanation is how the Picton Pirates opened their 2018 preseason this weekend.

Picton dropped the opening game of the two-game set against the Orr Division squad 4-0 at the North Kawartha Community Centre in Apsley Friday evening before righting the ship and skating to an 8-5 decision on Sunday at Lehigh Arena Sunday afternoon in Wellington.

Exactly the ingredients of a productive start to any junior hockey training camp where the process is more vital than the contest results.

One of the positive facts Masterson took out of Sunday’s game was that Picton got eight goals from seven different players and only some strange bounces and goal posts kept the Pirates from really filling the Knights net.

“I think we like the fact we have a very deep group of veterans on forward that can fill a number of roles on any given night,” Masterson told the Gazette Monday. “I think the offence-by-committee will serve this hockey club well this season.”

County native Kurtis Wood led the goal parade with a pair from the back end while Will Harrison, Owen Dever, Tye Eaton, Bailey Matthews, Landon Mclellan and Tristan Cowan all added singles for the Bucs in a well balanced attack. 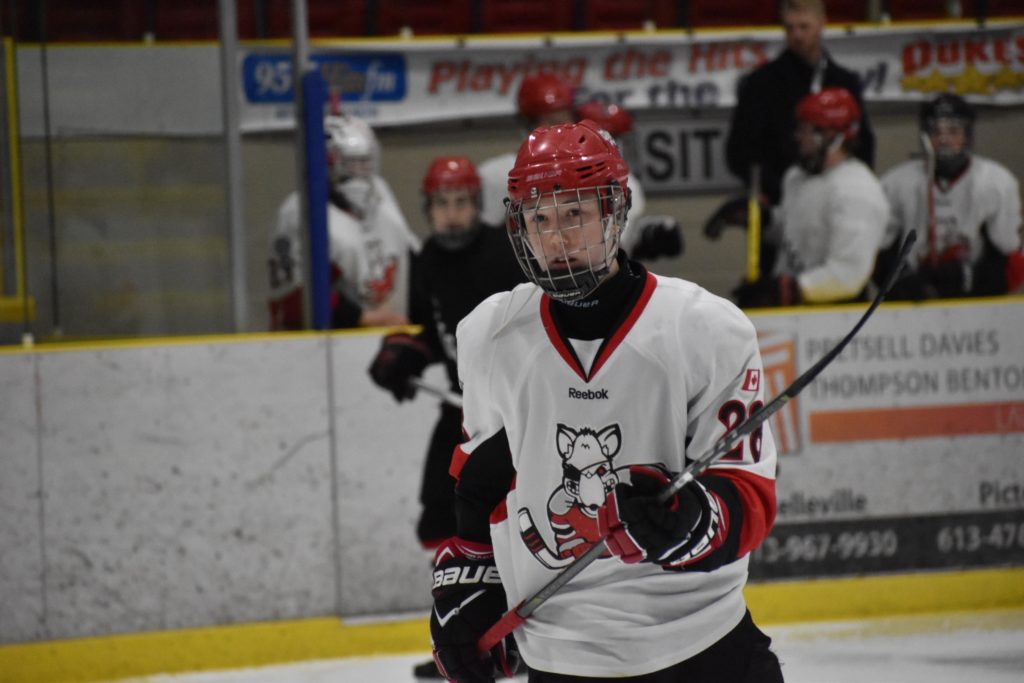 On the downside, the hockey club gave up seven powerplay opportunities on which the Knights capitalized three times.

“We took too many penalties and the effort wasn’t as consistent as it should be or would be in a regular season game but that is why we have training camp,” Masterson added.

The club confirmed that it had decided on a 2002-birth year player in the form of Prince Edward County native Cooper Rogers.

Rogers, a blueliner that graduates from the Quinte AAA program, played in 35 games for the Minor Midget Red Devils last season where tallied a goal and added six helpers.

Masterson said the club would have loved to sign all three outstanding 16-year-olds from Prince Edward County but decided on Rogers due to the team’s overall needs.

“Nick Kirby and Nolan Dawson were also very capable and we would have liked to have all three. They all had outstanding camps but the fact is we needed more help on defence than we did on forward,” Masterson added.

The club got a bit of a surprise when they found out Devin Morrison was returning for a third season and the clubs depth on forward forced Masterson’s hand in terms of the lone 2002-birth-year player allotted to the hockey team.

Masterson said the club prided itself on its development role and that a young forward might have found themselves lost in the shuffle this season.

“We spoke as a staff and there was a concern that Kirby or Dawson might be hard pressed to get those second line minutes that a 16-year-old should have in this league, “ the General Manager said. “On the blue line, we have seven defencemen but on any given night, some of them can be either number one or number seven. Cooper is going to get some good minutes based on what we know he can do and how he will develop throughout the season.”

In the crease, the Pirates have locked up Brennan Bush as one of their netminders this season.
Masterson said Nick McGowan, who picked up the win on Sunday, was a stand out performer in the 4-0 loss on Friday but at 16, would have been hard pressed to make the opening roster based on the age limitations imposed on teams in the PJHL.

In terms of the off-the-ice landscape for the Pirates, Masterson took time to clearly point out where the hockey club stood at this point in time.

Rumours of the club’s purchase (impending or otherwise) by another hockey entity this spring was rampant but the General Manager delivered its current status to the Gazette on Monday.

“We are still a community-based, non-profit, junior hockey team that depends on our sponsorship base and our great fans,” Masterson said. “We don’t have an owner at this time and we don’t expect one. We will continue to survive as a community-owned team.”

Masterson said there had been talks about a possible purchase or take-over however those discussions didn’t progress.

“We are operated by a dedicated five person executive and volunteers and we will continue, however difficult, to chart a course in that direction. If people want to be a part of the organization, volunteer, sponsor or help in anyway, we certainly would love to hear from them,” he added.