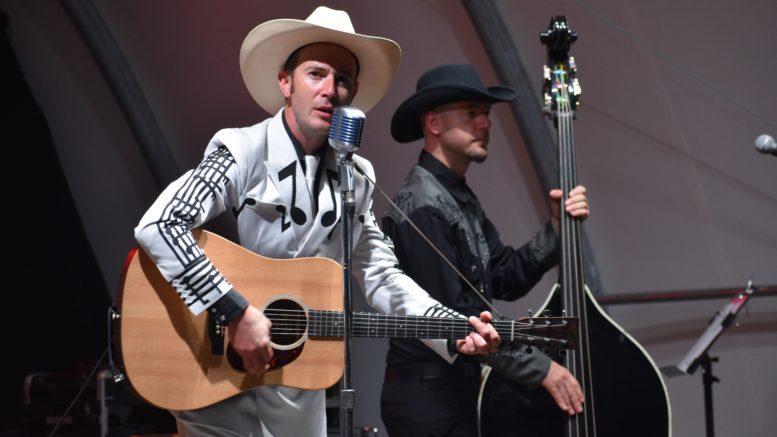 HANK DID IT THIS WAY- County native JT Wisteard honours the memory of the late Hank Williams Saturday evening at the 2018 PEC Country Jamboree just outside of Cherry Valley. (Jason Parks/Gazette Staff)

It was a twanging good time just outside of Cherry Valley this weekend as Millpond Music hosted its annual PEC Country Music Jamboree at Cherryvale Farms.

Around 500 people were in attendance for the three day festival that featured a number of local acts as well as touring musicians and bands who specialize in that familiar classic country style.

Tributes to Hank Williams, Waylon Jennings and Willie Nelson highlighted the evening lineups while local acts with original music was also a big hit amongst the festival goers.

Other than a power fluctuation that put the Friday night schedule behind by about 20 minutes, organizers said the crowd left happy and satisfied Sunday afternoon.

“It was a great crowd and a fun time,” Millpond Music’s Greg Verner told the Gazette. 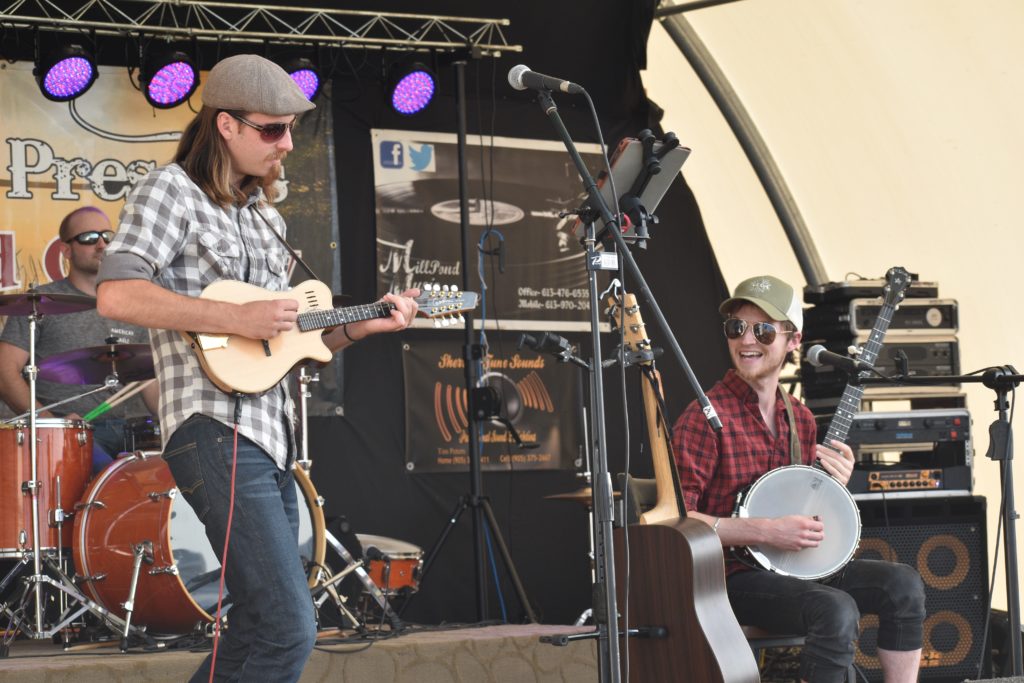 Country music fans and families came from as far away as Niagara Falls and Quebec to attend the event.

Unfortunately organizers were forced to turn people away at various times during the event due to crowd restrictions imposed through municipal bylaws.

“We were at about 50 per cent of the site’s capacity because of the discriminatory bylaw put in place by the municipality,” Verner said.

Verner explained that some who wanted to attend this weekend’s event were turned away at the gate, leading to a number of frustrated country music fans.

That frustration has stretched into another genre as the 50’s and 60’s music festival organized for Sept.14 to 16 at the same location has also reached its capacity and left organizers in a bind as they try to present a live music festival in a rural location.

“It’s tough because the limitations put in place hamper our ability to be successful,” Verner added.

Anyone envisioning a Boots and Hearts or even Havelock Country Jamboree-like affair with drinking, mayhem and piles of garbage left in the wake of the three day event were in for a rude awakening had they spent anytime at the Jamboree.

On Friday and Saturday night, the mood was pleasant as country music fans of a pervious generation sang along to a Hank William’s tune or even got up to two-step to a Waylon Jennings song.

“It’s not a rowdy crowd and people are here for the music and the sense of community,” Verner said. “I’ve said it before, we don’t want what goes on at Boots and Hearts or even in Havelock at our Jamboree. This is an older generation that’s respectful, they pick up after themselves and they just want a nice time in Prince Edward County with some live country music.”

As has been the case in previous years, a new class of local artists with country and bluegrass roots were honoured with induction into the Prince Edward County Country Music Hall of Fame.