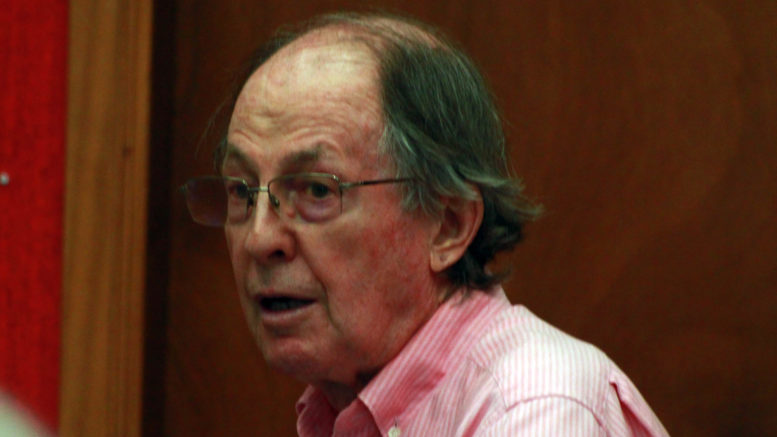 Barry Davidson of the Attainable Housing Network spoke in favour of the creation of a not-for-profit Affordable Housing Corporation Thursday. (Chad Ibbotson/Gazette staff)

If committee of the whole members needed more evidence that people in Prince Edward County were struggling to find affordable and attainable housing, they didn’t need to search very far on Thursday.

A number of affordable housing leaders and people caught between wanting to continue to live in the only community they’ve ever known and the sky-high price of renting and buying shelter lined up to voice their support of the creation of a County not-for-profit Affordable Housing Corporation.

The committee would vote in favour of the motion to create the corporation and have a nine-person Board of Directors installed by the incoming Council prior to Feb. 1, 2019 but not before members from the public and groups attempting to build the index of available living spaces in Prince Edward County had their say.

Barry Davidson of the newly monikered Attainable Housing Network supported the creation of the corporation.

Davidson was part of the thrust to build affordable housing at the former Dukedome property on Niles St. In Wellington and said it was his understanding the corporation being approved by committee on Thursday would be the mechanism to arrange to allow the old arena lands to come to the Wellington Attainable Housing Network.

Once the lands were on the way, Davidson said the group would be able to develop the final architectural drawings and develop a site plan.

Davidson told Councillor Janice Maynard and the committee that the group was transitioning its name from affordable to attainable due to the fact the former term carries with it some unfortunate connotations.

Another project that supported the formation of the corporation was the Lovesong Project that will see the former Pinecrest Memorial School in Bloomfield be transitioned into a seniors housing development.

Lovesong seniors housing and community hub committee member Doug Gornall brought a message of support on behalf of group organizer Ken How that Lovesong was also in favour of the motion, stating that such an entity would provide opportunities to share knowledge and expertise, exchange ideas, develop and coordinate fundraising activities, obtain community and government support to address the critical need of attainable housing in Prince Edward County. 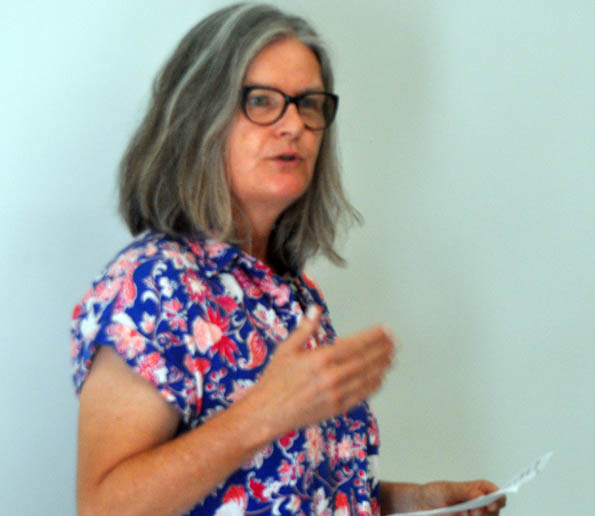 “The Lovesong slant is specifically towards seniors but we support the formation of this corporation for attainable housing for all people in Prince Edward County,” Gornall added.

In terms of what the attainable housing needs of Prince Edward look like, Ashley Watson of the Prince Edward Learning Centre offered a glimpse into her efforts to live locally.

A single mother of two that grew up in the system of the Children’s Aid Society, Watson told Committee members that she had attained her college diploma when she was 28 and now works with other young people at PELC to overcome barriers and gain their Secondary School diploma.

“Attainable housing is vital to everyone I work with at PELC and it’s important to me because I spend far more than 30 per cent of my income on a home. This means I have to cut corners on healthy lunches or outings for my children. Picton is the only place where I’ve put roots down and I really don’t want to leave. I think my work is important and I’m here to support this council to prioritize attainable housing,” Watson said.

Executive Director of the PELC Kathy Kennedy said her group sees housing as a crisis everyday and works directly with people everyday that are struggling to stay in Prince Edward County.

According to Kennedy, the federally-funded Inspire program that assists young people in gaining work experience, upgrade skills, keep people living and contributing to their communities.

“It’s really useful to employers in this community because we know business leaders are facing an workforce shortage,” Kennedy added.

Of the 32 young people that took part in the program recently, 18 of them were considered to be inadequately housed or in a housing crisis while seven of the 32 were considered to be in an insecure housing situation where they were working, trying to finish school while “couch surfing” or living day-to-day in unhealthy relationships.

“A total of five people had to leave Prince Edward County because they couldn’t find or keep housing and six were living with a family member or parent because there are no other options,” Kennedy said.