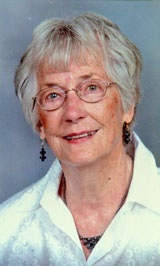 Constance Trewen Bridle (nee Delaplante)
November 8, 1924-September 1, 2018
Connie died at the Huntsville Hospice following a major stroke, with her children by her side. Connie was the loving wife of the late George Bridle, and after Georges death, she was the beloved companion of the late Frank Boone. She will be very much missed by her friends in Prince Edward County and elsewhere, but most so, by her children, Ellie, George (Kathy), Charles (Joy), Micheal (Kim), and her grandchildren, and her sisters, Julie Bowden and Peggy Edmison. Donations to the Hospice Huntsville, the Prince Edward Hospital Foundation, or the Heart & Stroke Foundation would be appreciated.