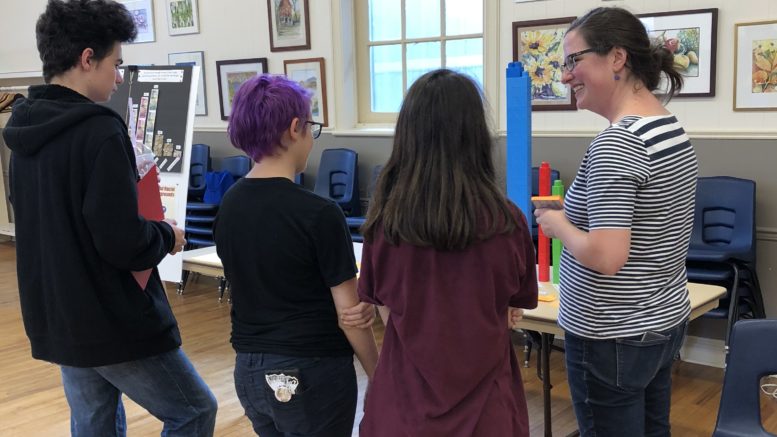 The numbers are in when it comes to Prince Edward County’s youth.

The Greater Than Youth Collective, a group of local youth, youth serving agencies, educators and community organizations organized and fostered by the County Foundation released two years worth of data pertaining to young people in Prince Edward County Wednesday at St. Mary Magdalene Hall in Picton.

The public display featured data collected over a two-part, two year survey exercise that will hopefully lead to a gradual raise in secondary school graduation rates in Prince Edward County.

Utilizing a holistic approach that identifies several support pillars that surround a successful education path, GTCYC are hoping to create a community culture that embraces learning and personal development and enables all youth to reach their potential with the ultimate goal of having secondary school graduations rates on par with the provincial average by 2028.

The first step of that goal is to determine the current lay of the land as it pertains to local youth and understand their position, attitudes and conditions and how that affects their educational path.

Mental wellness, optimism in the future and financial means were all part of the data collected through the survey process and this information was compared to national trends.

President of the County Foundation Board of Directors Brian Beiles was present at what the Collective were calling a ‘Data release party’- several youth and youth organization leaders presented static displays of findings under the headings of demographics, community engagement, mental wellness, etc.

While the data has been collected over the last two years, Beiles said the first portion of the survey project was a pilot exercise with the second drilling down on the areas of youth engagement and mental health.

And once compiled, examined and sifted through, a proper diagnosis on why Prince Edward County lags on positive educational and career path outcomes and, eventually, how to fix it.

“Really it’s about what’s getting in the way. What are the barriers for them that are getting in the way achieving better outcomes for themselves in this community, whether it’s academic or career goals?” Beiles said. “This initiative also has funding for a learning and engagement component for youth that are financially challenged to participate in after school programs and co-op programs and things of that nature.”

While food insecurity was identified in a County Foundation’s previous Vital Signs compilation as a serious community ill, Beiles let slip that education would be a part of the next edition of Vitals Signs set to be released at St. Andrew’s Presbyterian Church Oct. 3.

And that’s what the Collective was attempting to examine in a holistic approach.

“There are the empowerments, the well being portions, the support alignments that are all major contributors the development of children and their education,” Beiles said. “Schools deliver the educational or curriculum component but there are all these other ancillary functions that can support kids have better outcomes.”

The president added the data could be shared with other stakeholders including Boards of Education and the municipality and could help shape decision making for future system and programming needs and functions.