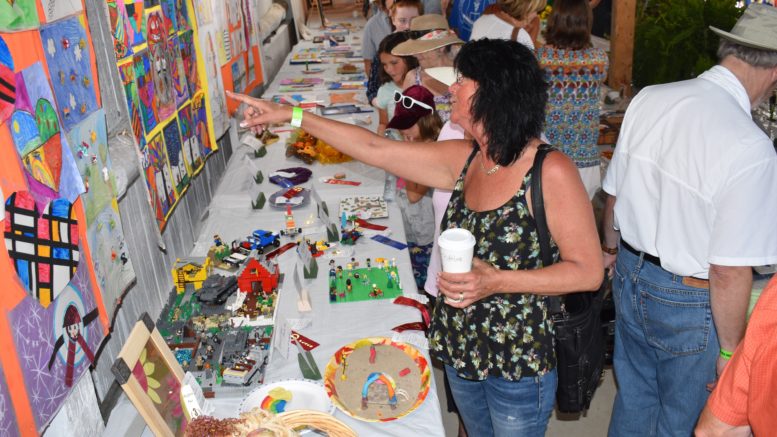 FUN AT THE FAIR- Despite the stifiling heat outside, the Shed at the Milford Fairgrounds was a hive activity at the 72nd annual Milford Fair Saturday. (Jason Parks/Gazette Staff)

Despite Saturday’s conditions likely being the hottest for the Milford Fair in the event’s 72- year history, it was still a popular old home week for what longtime Gazette editor the late Phil Dodds called the “the greatest little fair of them all.” 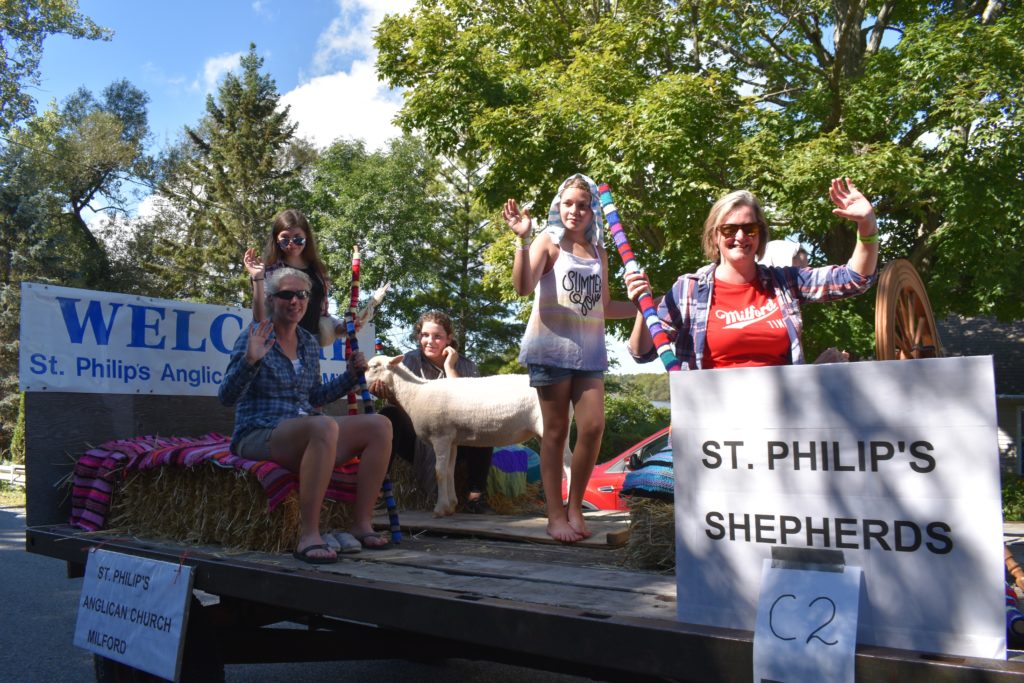 (Right) Emily Cowan was on of several people wearing a PEC T-Shirt with the words “Milford Time’ on them. (Jason Parks/Gazette Staff)

Stifling heat on Saturday might have altered the flow of patrons at the celebration of all things South Marysburgh but Milford Fair president Valencia Logan said about 1,000 people showed up to enjoy some ‘Milford Time’ as a number of attendees were sporting a new PEC T-Shirt company creation stylized after the Miller Time logo.

Logan said the turnout felt down during the day but after all the numbers were complied, it’s clear that heat and humidity couldn’t deter civic pride, connecting with neighbours and returning to the place where roots were set so long ago.

“We were very encouraged and I think the difference this year was that we had a good crowd that were here for the parade and then left shortly” Logan said. “Later in the day we had people come and enjoy the end of the fair. I don’t think there were many that could stand the heat the entire day but people still showed up and supported the Milford Fair which is lovely.”

Overall, entries were down in terms of vegetables, fruit and flowers but Logan figured the dry conditions this past summer played a hand in that aspect of the fair.

“I think the flowers were finished off early because of the heat and that’s something we’ve seen and heard,” Logan added.

But there was still a rather decent cross section of static displays, models and baked goods along with produce that managed to survive the ravages of a dry south Prince Edward County summer.

The fair featured a new layout in 2018 with many of the stands and stalls featuring tents.

A number of fair goers on Saturday voiced their support to Logan and other fair directors at the new parking plan as well.

This year, most fair attendees parked in an empty field northeast of the fairgrounds across County Rd. 17and only accessible parking was located on the fairgrounds themselves. 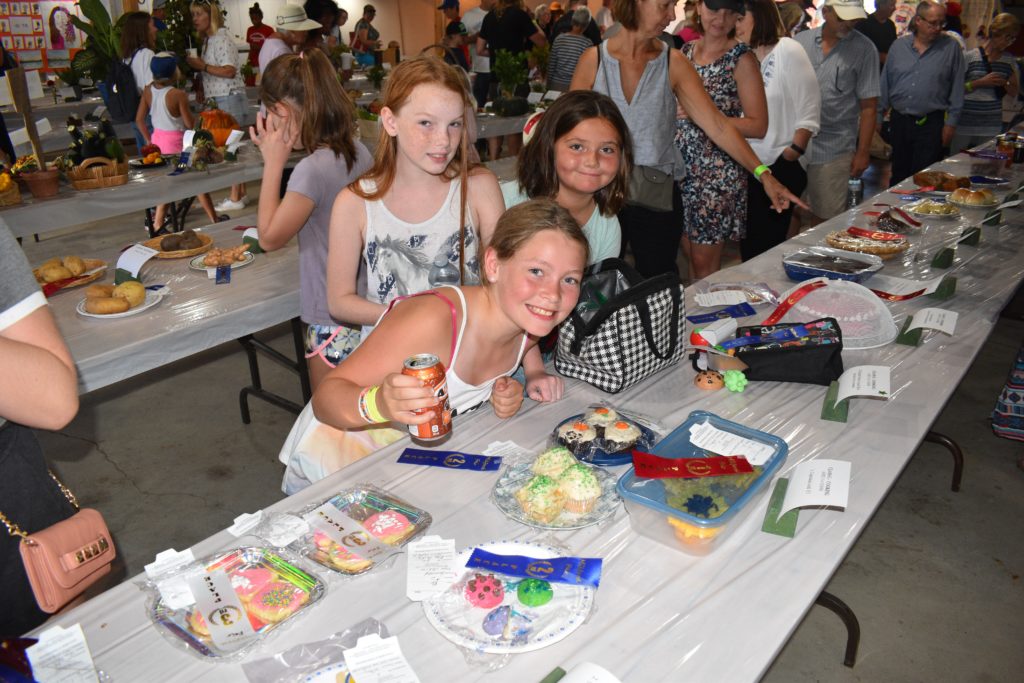 Kate Cowan was a winner in the baked good category at the 2018 Milford Fair. (Jason Parks/Gazette Staff)

“We had several comments that were supportive and I know there were several younger families with children that really enjoyed the fair this year and the new layout,” Logan added.

After a rousing selection of songs from Grandpa’s Goodtime Gang and Scottish Highland dancing from the Astounding Heights Dance academy, a group of South Marysburgh citizenry were recognized through the Murray Clapp Memorial Citizen awards.

Peter and Alice Mennacher of Blizzmax Studios, Prince Edward County Firefighter Andrew Shantz, Hydro One lineman and volunteer Rob Ward, Fair board director and author Dorothy Spiers Vincent and farmer Wilbur Miller were all honoured for their continued service to the life of the former township.

After the races and youth events, many a young person were happy to line up, take a spot on the hot seat with hope their opponents aim was good a true and a respite dunking was in the offing

A great producer of pneumonia-like symptoms in years where the day time high barely hits the 15 degrees centigrade mark, the dunk tank was running at a steady clip throughout the day.

The really neat thing was that the children were presented silver dollars after their races and they would head straight to the dunk tank and turn them in for chances to throw the balls and dunk their friends,” Logan said. “I think that’s a really cool story.”

Foundation board chair Monica Alyea confirmed that upwards of $250 was raised Saturday between the event and donations. 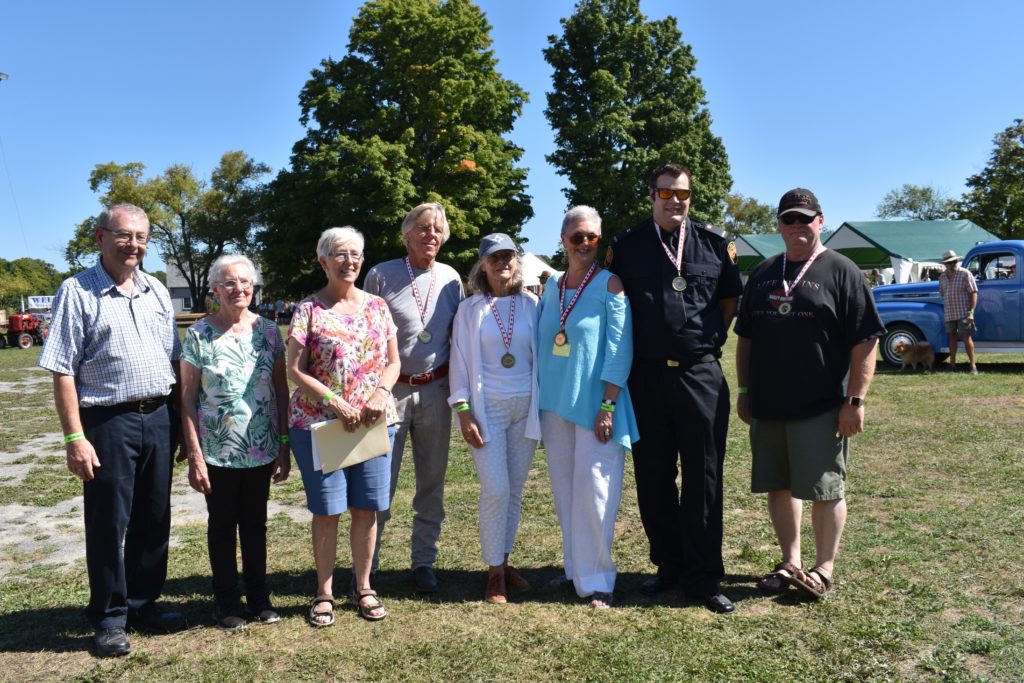 “We made about $230 on Saturday with donations added in. I hadn’t considered this in advance, but the dunk tank effort put us in touch with one of our powerful publics- kids,” Alyea said. “I talked to some of them about what we were raising money for. Of course some of them have been to the County hospital. Indeed, one third of our patients are children and youth. So at Milford Fair this year, with their loonies, toonies and winnings from other games, they gave it back to the community and our new hospital while having fun.”

Logan also reported that an individual that required medical attention from paramedics on Saturday was doing much better a couple days later and the family appreciated the quick response from the EMT team. 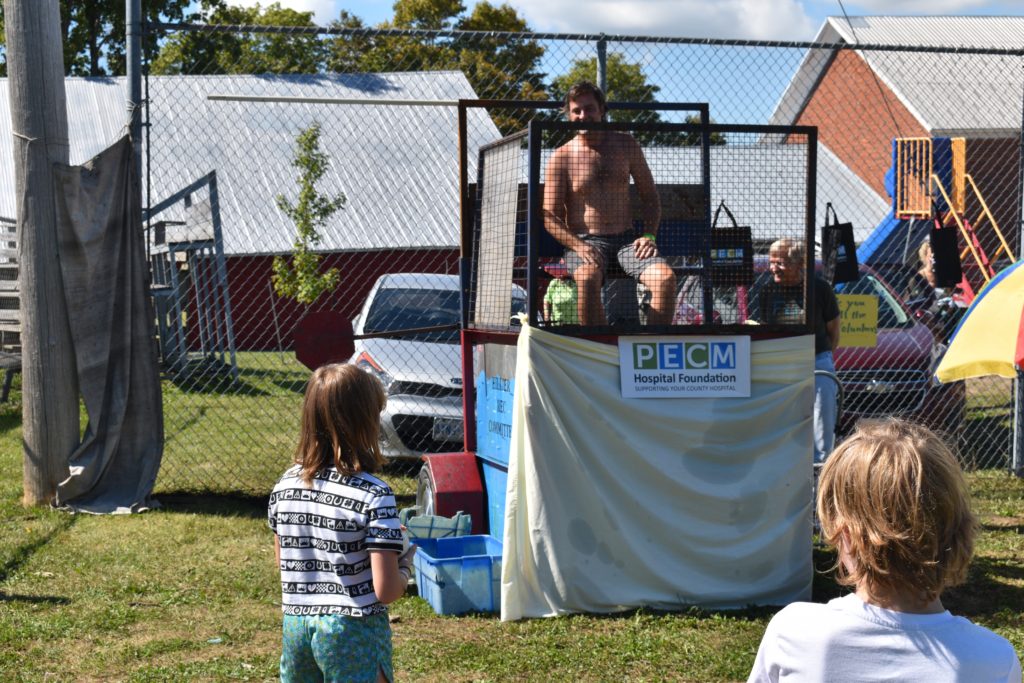 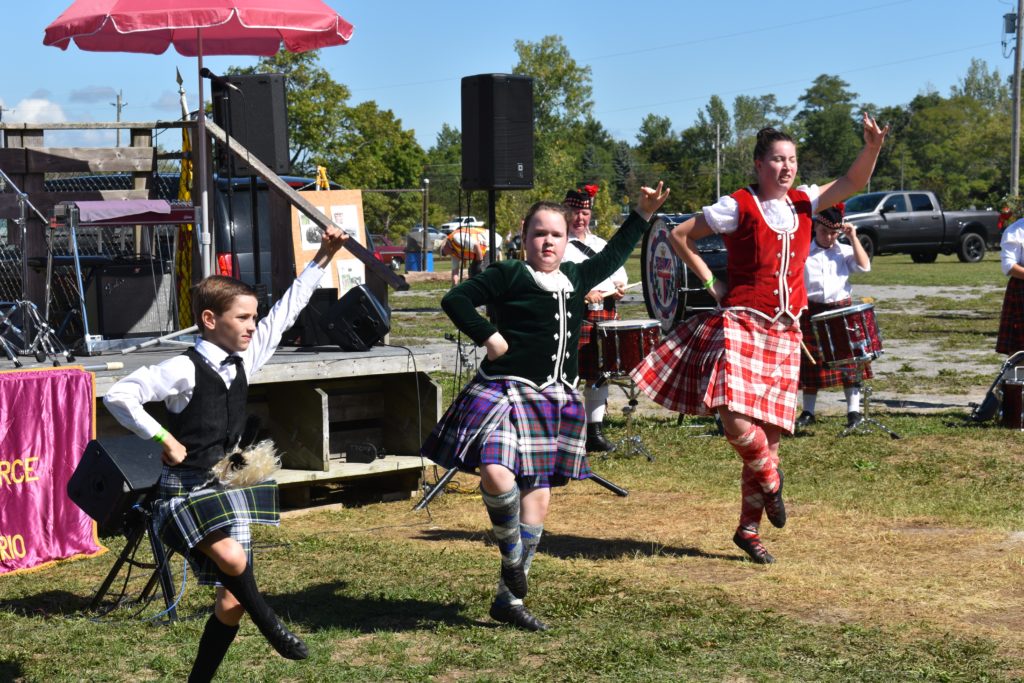