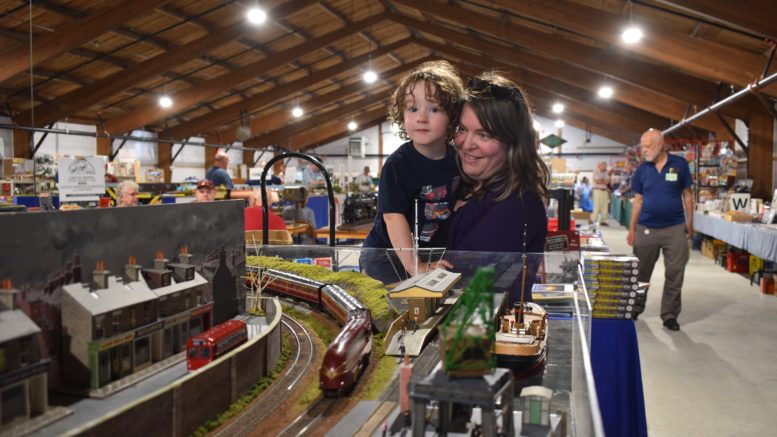 The trains pulled into their respective stations inside the Prince Edward Curling Club this weekend but there was no rush to board them.

The rare late September heat and humidity is being eyed as a cause of low attendance at the 30th annual Picton Model Train Show hosted by the Picton Model Railroaders.

Picton Model Railroaders member Frank Sharpe said the turnout at the weekend show which featured model train layouts of various scales from all over eastern Ontario was off “quite a bit” when compared to other years.

“We were not sure if was the heat or what plus there was a lot going on in Prince Edward County this weekend,” Sharpe told the Gazette. 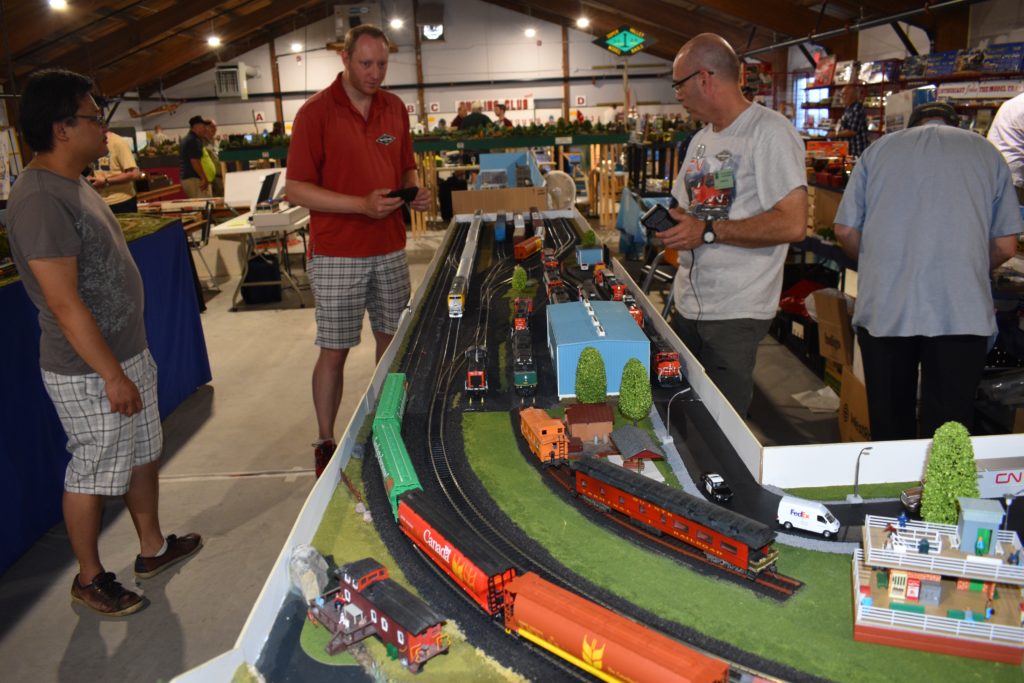 All told, over 600 people turned up at the Curling Club this weekend.

For those regular attendees that took a pass this weekend, new layouts, new displays and new vendors were among the changes for the 30th edition of the local model train show.

Club member Jim Dafoe brought a wide selection of both freight and passenger cars in a static display while the Kingston-area model railroad club featured had painted locomotives.

New vendors had rarely seen stock according to Sharpe.

“There were items that just aren’t available anymore but vendors go out and find them and recycle them from model railroaders that have passed away or are downsizing,” Sharpe said.

Regardless of the volume of patrons this weekend, the joy of seeing young people spending time with parents and grandparents simply watching trains run a miniature track was in plain view.

Nolan Manley, 3, and his mom Andrea travelled from Napanee on Saturday to watch the trains and view the layouts.

“I like trains,” Nolan said as he  pulled his mom to another layout after pausing a moment to allow the Gazette to capture mother and son checking out the Ottawa British layout entitled ‘Marmadale Wharf’.