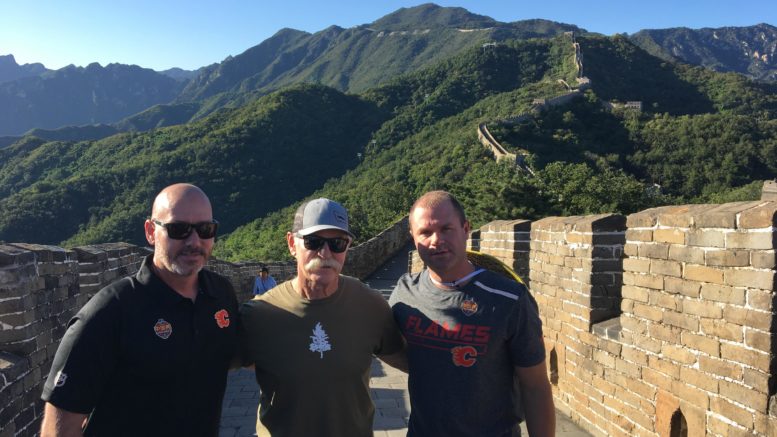 Picton native and Calgary Flames Video Coach Jamie Pringle joined the team earlier this month on their eight day trip to China where the hockey club played a pair of preseason games against the Boston Bruins.

The team was able to visit a number of landmarks in the far east during their time away from the rink including one of the great wonders of the world, the Great Wall of China.

Above (from left), Pringle, Hockey Hall of Famer Lanny McDonald and Flames Goaltending coach Jordan Sigalet stop for a picture during the Flames tour.