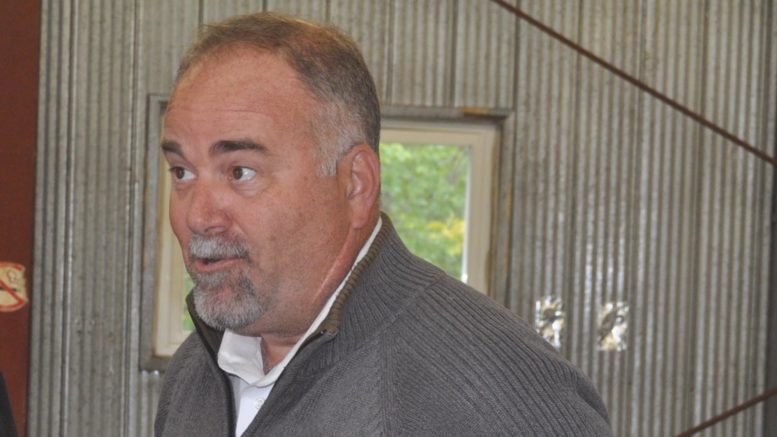 Changes ahead - Bay of Quinte MPP Todd Smith, Ontario's government and consumer services minister, says the Province must change the way it does business following a line-by-line review of government expenses he said showed there could be more accountability on money doled out. (Adam Bramburger/Gazette staff)

Bay of Quinte MPP Todd Smith says business at Queen’s Park has to change following a pair of reports his government released in the past week.

On Friday, Minister of Finance Vic Fedeli announced the deficit the Progressive Conservatives inherited from the previous Liberal government for 2018-2019 is near $15 billion — $8 billion higher than projections in the last budget — due to changed treatments of pension plan surpluses and the financing of the Liberals’ promised 25-per-cent electricity rate reduction.

Then, on Tuesday, Treasury Board president Peter Bethlenfalvy released an Ernst & Young line-by-line review of government expense over the past 15 years. It found expenses had risen 55 per cent in that time.

Smith, the Minister of Government and Consumer Services, noted the Ernst & Young report made note that 90 per cent of the government’s expenditures are transferred to service providers. He said the review brought into question the government’s ability to account for the spending and measure results.

“It’s extremely difficult to follow the money,” he said. “We have to change the way we offer services here in Ontario. There’s some $120 billion out the door in transfer payments and very little on checks and balances.”

He believes there are ways to introduce those changes without making drastic cuts to service.

“We’re going to do government differently and not waste taxpayers’ money,” Smith said. “Almost everybody in the public sector knew money was being wasted, but it was almost like the previous government didn’t want to know.”

While Smith said Fedeli and Bethlenfalvy will be leading the charge in determining how the government can better account for its spending, his ministry will figure prominently in that effort.

Smith pointed to one particular branch in his ministry, Digital Services Ontario, which is focused on revamping the government’s online presence and improving customer service delivery in that way. Another way Smith’s department can lead change is in finding ways to allow the private sector to prosper as its growth will help the Province’s bottom line.

“We’re embarking on a red-tape cutting exercise to allow businesses to work better. Part of getting rid of the deficit is finding efficiencies, but another part is allowing our economy to grow.”

Smith called the province’s $348 billion debt “pretty scary” and said the fact it has grown to be the government’s fourth largest expense line should be concerning to everyone.

“It’s a signal we have to do things differently or we will not have money for programs we rely on like health care, education and social services,” Smith said.

He also touched on a special committee Premier Doug Ford is introducing to investigate the size of the deficit. The committee will have the power to call witnesses and compel documents.Smith said it will be a short exercise with its final recommendations expected to be released by early December. He said the legislature has the tools to investigate, rather than call in an outside investigations body and said he believes the exercise will be fruitful.

“While it is a backward-looking exercise, hopefully coming out of it will be some positive steps to ensure this type of — in the private sector they’d call it fraud — doesn’t happen again.”

Smith also celebrated Thursday’s introduction of legislation to scrap the Green Energy Act as a positive move to reverse the course taken by the previous government.

“That’s great news. It’s been jubilantly cheered across rural Ontario,” Smith said. “There’s still some people in the city that don’t understand why the Green Energy Act was so bad for Ontario. You can back at the auditor general’s reports and clearly see were wer paying too much for energy we didn’t need, created at times we didn’t need it.”

He said the Act also created huge divisions in rural communities and took away municipalities’ planning rights. Smith said a first step to fixing the energy system took place with the cancellation of 758 renewable energy projects in the queue that could save $800 million.

The next — and more difficult — step for Minister of Energy Greg Rickford will be renegotiating the thousands of contracts already in place overpaying for renewable generation, Smith said.