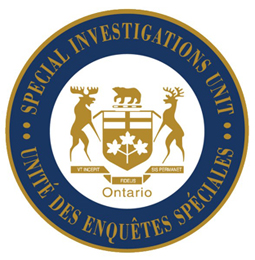 This week, the SIU released director Tony Loparco’s report detailing the findings of three investigators assigned to address a complaint filed by the 54-year-old woman after an incident Sept. 9, 2017. The investigators interviewed the complainant, two civilian witnesses, and a witnessing officer who was not the subject of the investigation. The subject officer declined to be interviewed, but provided a written statement and notes on the case.

According to the report, around 4:30 p.m. that day, Northumberland paramedics requested the OPP attend a Picton apartment with them as they attempted to treat the complainant, a diabetic, who had low blood sugar levels and reported strange behaviour. The woman was said to have become violent toward the attending emergency workers and refused to be treated. Over the course of the night, the woman was reported to have thrown a television remote control at a police officer and held a pen in a fashion similar to hold a knife in a stabbing motion.

The police officer grabbed the complainant and took her to the ground to gain control. She was then treated by paramedics and subsequently transported to hospital for further treatment. While at the hospital, the complainant was diagnosed with having sustained a fracture of her left humerus bone into more than two fragments. It was also noted her bones were osteogenic — having a bone mineral density below normal levels with a greater chance of developing osteoporosis and weakened bones.

Loparco wrote the low blood sugar made the woman “disoriented, confused and agitated,” and according to the complainant “her recollection of events from that date was vague, her thinking affected, and she did not know what she was doing.”

After the complainant yelled at the medics to leave her apartment and indicated she did not wish to be treated or taken to hospital. One witness shared that her “agitation was escalating towards aggression.” When she had the pen in hand, the same witness “was of the view that in her present state of mind, the complainant could harm herself or others.”

The narrative suggests police officers repeatedly asked her to drop it, but she refused and continued to yell. The civilian witness in question stepped forward and twisted her right hand. As he did so, he heard a sound similar to bones cracking and took the pen away.

The report says police then pulled the complainant to the floor by the arms and guided her to the ground — a move a witness described as “not being forceful.” The complainant said that after being pulled to the floor, the subject officer twisted her arm behind her back and placed a knee on her. At that point, she heard a crack and believed her arm had been broken.

Both police officers noted they heard three popping sounds while pulling the complainant to the floor and all parties present heard the subject officer “comment she had heard a sound similar to bones cracking” and asked if others had heard.

Both the subject officer and the civilian witness believed they were the one responsible for the injury.

Loparco wrote that “Pursuant to Section 25(1) of the Criminal Code, police officers are restricted in their use of force to that which is reasonably necessary in the execution of a lawful duty,” He addressed the civilian witness’s statement the complainant was suffering from a “known and debilitating diabetic problem” and “could not be rationally spoken with or directed.” With that evidence, Loparco inferred the complainant was incapable of consenting to medical treatment.

He also cited Chapter 6 of the OPP police orders and reasoned that once the civilian approached the complainant to disarm her of the pen, “its as incumbent upon the two police officers present to take action to assist and protect (the witness) and it was necessary to subdue the complainant.

“As such, I accept that both police officers were acting in the course of their duties when they took hold of the complainant and took her to the floor in order to subdue her and allow her to be administered to by the paramedics.”

Turning to the question of force, Loparco felt that based on evidence of the civilian witness and the complainant, confirmed by her medical record, that the injuries were due, at least in part, to her medical condition. In effect, she was unintentionally injured because she was susceptible to bone fractures due to her condition, not the force of which the police officers took her to the ground. “I further find, on this record, that the actions of the police officers were no more than the minimal required in the circumstance to subdue the complainant in order to get her the medical assistance which she required.”

Loparco stated he found the officers involved “used no more force than was reasonably necessary in the execution of their lawful duties” and there were no ground for proceeding with charges.

The SIU is called to investigate in instances of police action resulting in serious injury, death, or allegations of sexual assault in Ontario. Each investigation is focused on determining whether there is evidence of criminal wrongdoing on the part of law enforcement officials.

No names were included in Loparco’s published report.