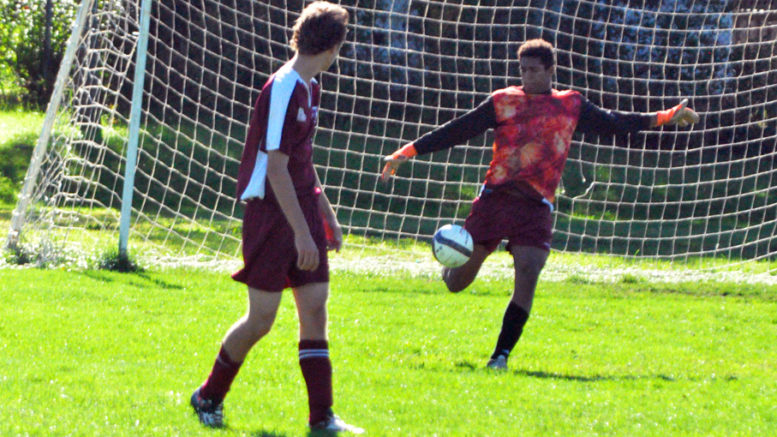 The PECI Senior Soccer Panthers are one of four teams in the Bay of Quinte loop above .500 with a 3-2-1 record heading into tonight’s play against the St. Paul Falcons.

Last Thursday, the Panthers were able to lift their record with a 2-0 home field shutout over the St. Theresa Titans. Alex Brady and Joey Monroe had the goals, while keeper Alex Arsenault turned aside any Titans volleys.

The win came after a couple consecutive losses as the Panthers felt to East Northumberland 1-0, then Bayside 5-1. Devon Wilton had the lone goal in that affair.

After starting their season with a scoreless draw against rival Nicholson, the Panthers won their first meeting with Eastside 6-1. Monroe and Matthew Stevenson scored twice and Thomas Davies once. In their third contest, the Panthers ran ragged over the Trenton Tigers with a 10-1 score. Brady and Monroe had three goals apiece. Arsenault, Stevenson, Cooper Rogers, and Wilton also scored that game.

Following today’s 3 p.m. game, the Panthers wrap the regular season Monday at Mary Ann Sills Park against Centennial. If the Panthers can maintain or improve upon their current fourth seed, they could host a home playoff game.

– In junior soccer, the Panthers are 1-2 through their first three games. Their lone win came Thursday with a 5-0 blanking of St. Theresa. Kacey Cocklin scored three times, Ross Maycock and Wyatt Slade added singles. Ryan Doolan was in goal.