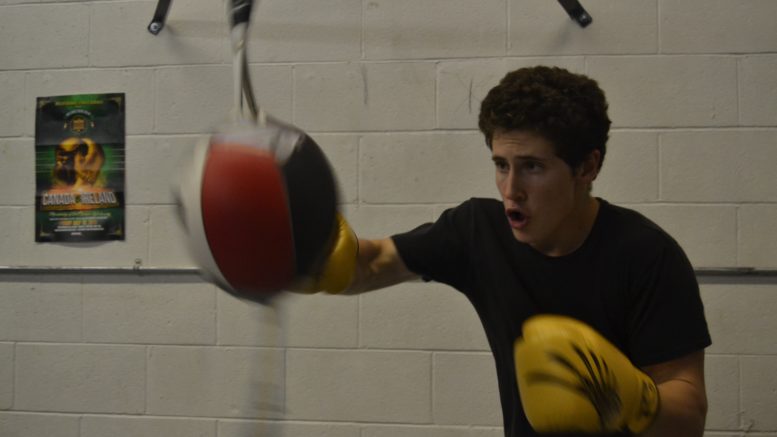 An Ameliasburgh native is a Boxing Ontario Silver Gloves champion.

Alarie picked up a silver medal in 2017 at the 2017 Novice Bronze Gloves championship last spring.

An alum of Kente elementary school and Centennial Secondary School, Alarie has been developing under the careful of tutelage of Quinte Bay Boxing Club owner and coach Warren Hunton.

Hunton said with nine fights under his belt, Alarie is one bout away from moving into the open class and being able to take on bouts with fighters that have more experience.

“His training has been going very well and he’s really progressing as a fighter,” Hunton told the Gazette.

Part of that training is understanding there are better ways to win a fight than trading head shots with the opponent.

Through experience, Alarie is learning the age-old boxing axiom that hitting the body will cause the head to fall.

“Overall, his conditioning is excellent. He’s starting to work the body more and understanding that you just can’t head hunt all the time,” Hunton said. “He’s becoming more of complete fighter and he’s really moving around the ring very well.”

In an interview last year with the Gazette, Alarie said he wanted to represent his country in the Olympics and be a world champion.

Alarie is expected to get back in the ring later this year when Boxing Ontario hosts its Golden Gloves tournament in Toronto in early December.