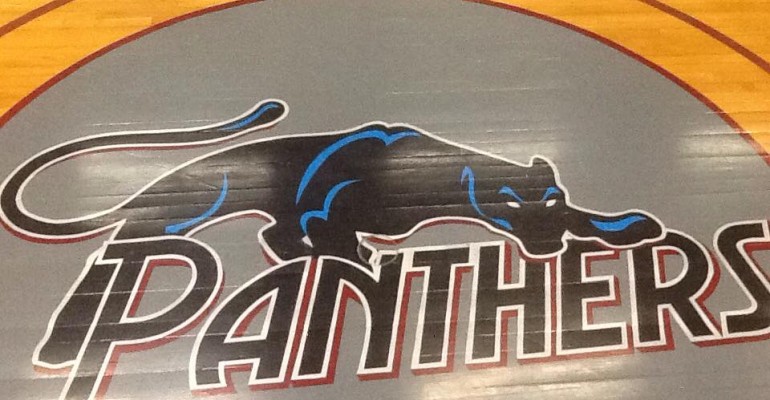 The PECI Basketball Panthers had a relatively successful tune-up for the stretch run at the Crusader Classic in Belleville over the weekend as both teams went 2-1.

In junior action, the Panthers cruised past the Centennial Chargers 71-15 in their opening game with 12 three-point shots.

Game 2 would be a bit harder against the Kingston Collegiate Blues, one of the top teams in the Kingston league. Coach Rob Garden said the Panthers would use the contest as a measuring stick.

“As advertised KCVI pressed man-to-man the entire game,” he said. “With teams in previous years, I would have been concerned about their mental toughness, but not this team. We exchanged blows through the entire first half.” 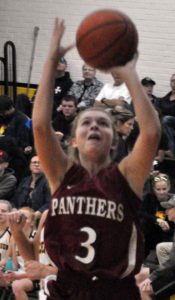 Taking her shot – Junior Panther Keely Kleinsteuber goes up for a lay-up earlier this season. Coach Rob Garden has been impressed with her progression throughout the year. (Adam Bramburger/Gazette staff)

The Panthers found themselves down one point, 25-24, at half time.

Garden said the game remained tight through the fourth quarter until the final 30 seconds when the Blues forced a turnover and gained an easy lay-up. Uncharacteristically, the Panthers panicked and quickly it was a four-point spread. PECI would rally and have a scoring attempt before the end of the quarter, but a missed shot proved costly. The Blues hit a buzzer-beating from beyond the arc to take a seven-point lead into the final eight minutes. The adversity proved to be too much as the Panthers lost 60-44.

Hannah Goad had 17 points. Gracie Burris and Lauren Smith each had six.

The Panthers faced an aggressive St. Joseph team from Cornwall in their final game. They made the most of a lesson learned against the Blues and took the play to their opponents scoring eight points early. Emma Brady had her best game of the year, scoring six of those points in the first quarter. PECI stayed composed despite being outsized at nearly every position, Garden said. Managing the clock well, they closed out the game 47-31.

The seniors started against the Chargers and earned a similar decisive victory, 53-21. Garden thought their next game, also against the Blues, was their most complete effort of the year. They built a 17-3 first-quarter lead, then shut out Kingston in the second. A lethargic third was only a minor setback as the Panthers won 46-20.

The final game of the weekend saw PECI face the top-seeded Bay of Quinte Conference squad, the hosts from Nicholson. Nerves got the best of the Panthers early and the Crusaders capitalized with a 61-52 score. Garden said once the Panthers managed to settle down, they played three great quarters and gained confidence for a regular season meeting.