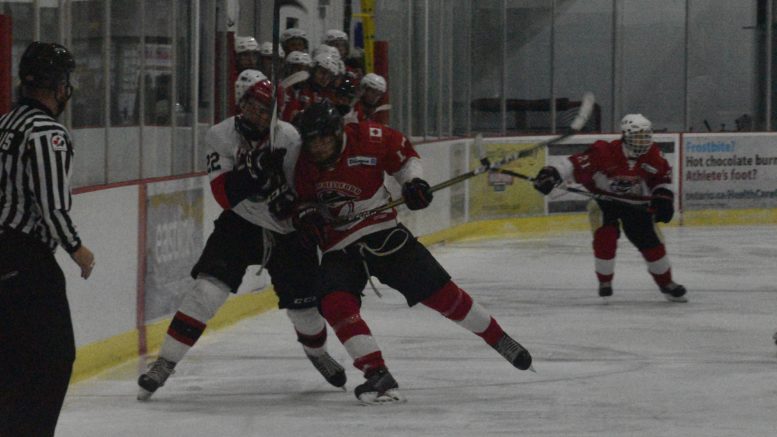 It was about midway through the first period Thursday night that the coaching staff of the Picton Pirates started to get one of those uneasy feelings where everything was going too well.

And it wasn’t a case where bench boss Tyler Green was concerned about whether the visiting Campbellford Rebels might make some kind of miraculous comeback and rob Picton of two points. 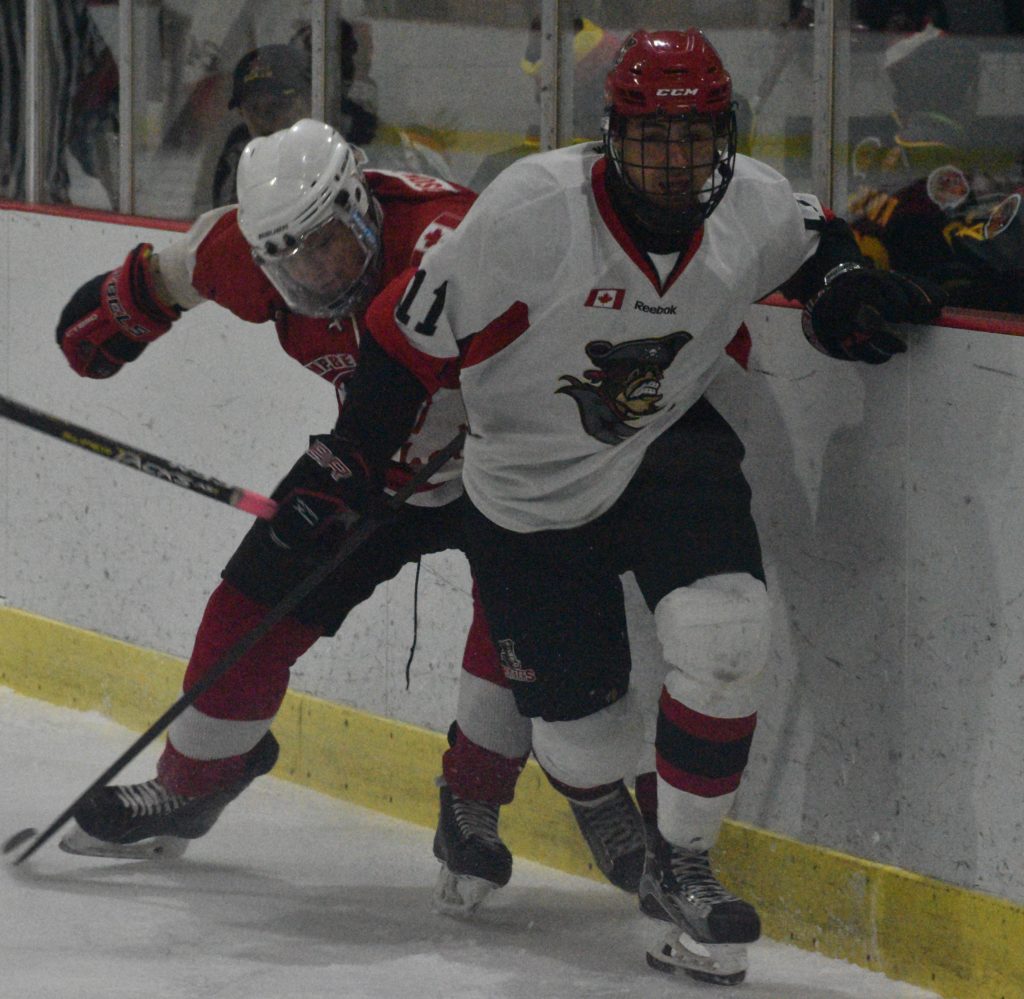 It was more of worry of how to keep his club motivated and playing in the right structure while avoiding embarrassing the Rebels, a once proud Provincial Junior Hockey League club trying to regain respectability.

Unfortunately, the Pirates shooters were too sharp, their hitters to quick to the defence of the Picton net and their strides too strong to allow the visitors any sense of momentum on Thursday as Picton (8-4-1, 17 points) bombed Campbellford 15-0.

There was little joy in Green’s voice as he spoke of Picton’s eighth win of the season to the Gazette on Friday morning.

“It’s tough to be behind the bench in one of those games, the players get pretty loose because it’s all going well and the bad habits set in,” Green said. “On the bench it’s just a constant reminder of the structure and how to keep playing the game.”

Picton lead after a period 8-0 thanks in part to a Nate Boomhower hat trick, two goals by Devin Morrison and singles off the sticks of Griffen Conger, Connor Kennedy and Matt Poole.

In the second, Justin Arnold and Logan White got in on the scoring parade.

Finally, in the third, Morrison capped of his hat trick, Boomhower bagged another goal and Jack Dow, Landon McLellan and Arnold all tallied.

Kyle McNair stopped 28 Campbellford shots to pick up his first shutout of the season.

After the drubbing, the Rebels managed to pick up a road win on Saturday night as they skated past the Gananoque Islanders 6-3.

The next day, the Rebels almost doubled their win total from the 2017-18 campaign but fell to the host Georgina Ice 3-2.

With the blowout being Picton’s only action until Thursday when they host Amherstview, Green said the club would be having a pair of up tempo practices this week in advance of a busy weekend for the Pirates.

“We can always use practice to stay sharp and refocus our game,” Green said.

After hosting the Jets for their first visit of the season, Picton will head west for a weekend set in Durham County, visiting the Port Hope Panthers on Saturday night and the Uxbridge Bruins on Sunday.

After the dust had settled on the weekend’s action in the PJHL, the Pirates find themselves comfortably in second place in the Tod division, trailing the Napanee Raiders by a handful of points but ahead of third place Amherstview by the same margin.

All three clubs have played 13 games so far in 2018-19 and Green said it’s easy to get caught eyeing the standings  each day in order to keep tabs on the teams in the loop.

“It’s such a small division, you know what’s going on all around you at all times and you are constantly looking at the teams around you, looking ahead to what might be a playoff match up,” Green said. “That being said, you have to focus on the game that’s in front of you because that’s the only way to keep pace and hunt some of these teams down.”

On Sunday, the Pirates announced a large acquisition that will no doubt pay huge dividends down the stretch as Picton announced they are adding Scoley Dow to their lineup.

Last season, Dow dealt with injuries while suiting up with the Ontario Junior Hockey League’s  Trenton Golden Hawks and appeared to be done with hockey this fall, electing instead  to attend St. Lawrence College in Kingston.

However, the idea of playing with his younger brother intrigued him and Scoley reached out to Pirates management about possibly coming back to play a season of PJHL hockey in Picton.

“The opportunity to add a player of this calibre with Major Junior experience doesn’t come around every day so we were thrilled when this chance arose,” Pirates General Manager Chris Masterson said. “The PJHL is much less in terms of time commitment than the OJHL so this fits his schedule much better plus there’s the factor of his brother playing for us and wanting the chance to suit up with him.”

Masterson added that it was hoped Scoley Dow would be in the lineup by Thursday but it was contingent on the paperwork being approved by the Ontario Hockey Association in time.

Masterson was asked by this corner if his next family act would consist of reuniting Nate Boomhower with his older brother Shaw.

A former Pirate and Wellington Duke, Shaw Boomhower parlayed a strong performance at the 2018 Chicago Blackhawks training camp into spot with the East Coast Hockey League’s Cincinnati Cyclones and still has one year of junior eligibility.

“I don’t think we have the money to pay the salary he’s drawing in  Cincinnati,” Masterson said with a laugh.