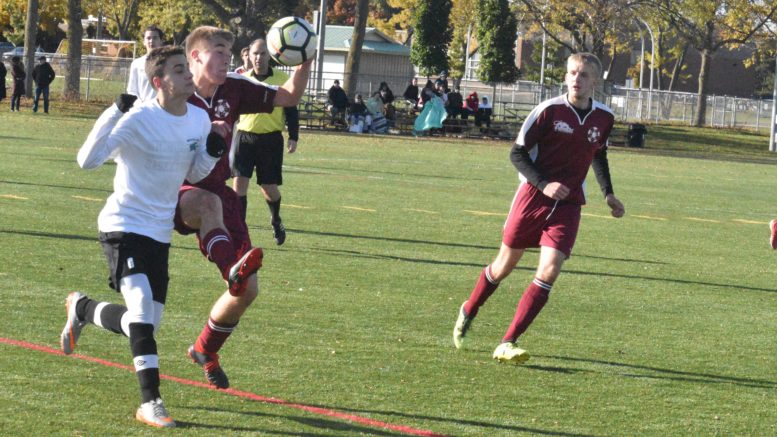 PECI's Gabe Goad battles for the ball against a Nicohlson Crusader while teammate Bruce Reynolds looks on. PECI dropped its Bay of Quinte Semi Finals match up on Thursday to NCC 1-0. (Jason Parks/Gazette Staff)

With their Bay of Quinte hopes dashed, both the Junior and Senior PECI Panther boys soccer teams will head west Friday in search of a Central Ontario Championship.

Both sides suffered one goal losses in their respective 2018 Bay of Quinte semi-finals on Thursday. 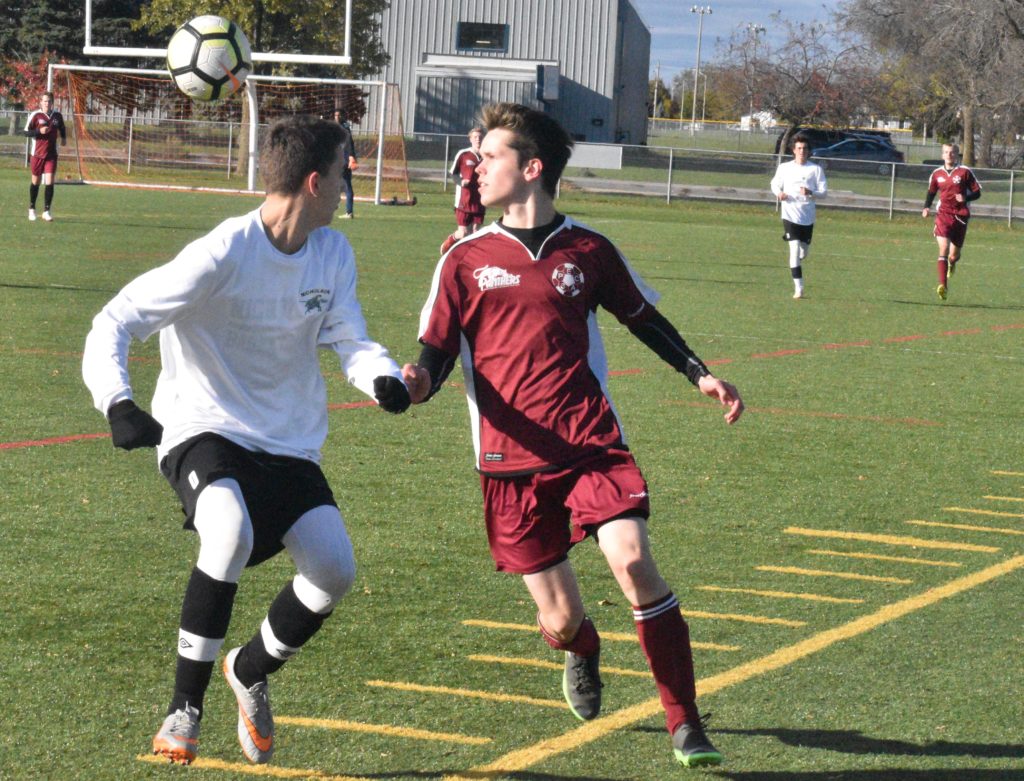 PECI Panthers striker Joey Monroe attempts to cut back towards the Nicholson net in Thursday’s 1-0 loss to the Crusaders. (Jason Parks/Gazette Staff)

In Brighton to take on the East Northumberland Secondary School Dragons, the Panthers got a pair of goals off the boot of Kacey Cocklin but were unable to keep up with the hosts in a 3-2 loss at the ENSS pitch.

Meanwhile in Belleville at Mary Ann Sills park, the Seniors seemed to be on the path to replicating the 2018 Bay of Quinte Athletic Conference regular season opener where the squad played  the Nicholson Crusaders to a 0-0 draw.

But with about five minutes left in the second half and extra time looming, the Panthers finally broke.

After a flurry of activity in the PECI end, keeper Alex Arsenault reached out to trap an errant ball with his hand.

At the same time, a Nicholson striker was cruising through the area and kicked the ball out of Arsenault’s grasp and into the PECI cage, providing the winning margin for the Crusaders.

The senior Panthers will tangle with Adam Scott at the 2018 AA Central Ontario School Sports Association (COSSA) tournament in Cobourg with the winning team set to take on the winner between St. Mary and Centennial with a trip to the All Ontario secondary school soccer championships on the line.

In junior action, PECI plays St. Mary in one semi final while Crestwood and Eastside (formerly Moira) play off in the other.