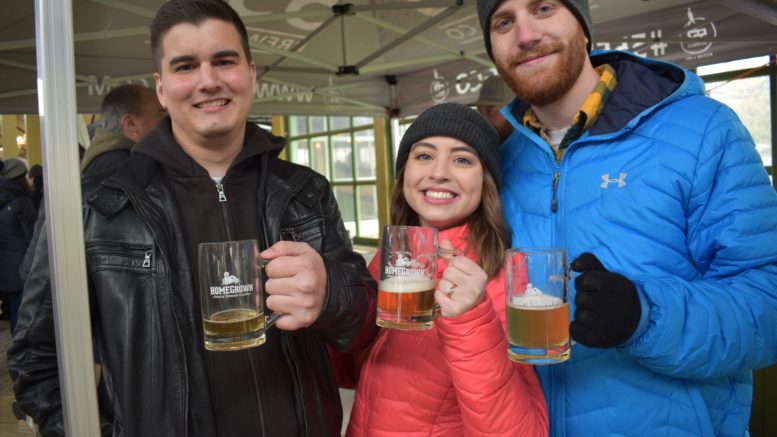 It was a sudsy kind of Saturday at the Crystal Palace.

The venue played host to the second annual Homegrown County Craft Brewing Festival and despite a cold and deary type of day that seems to epitomize the Prince Edward County late fall existence, hundreds poured into the facility looking to sip and sample the best local and regional craft beer, cider, mead and pub fare all in one place. 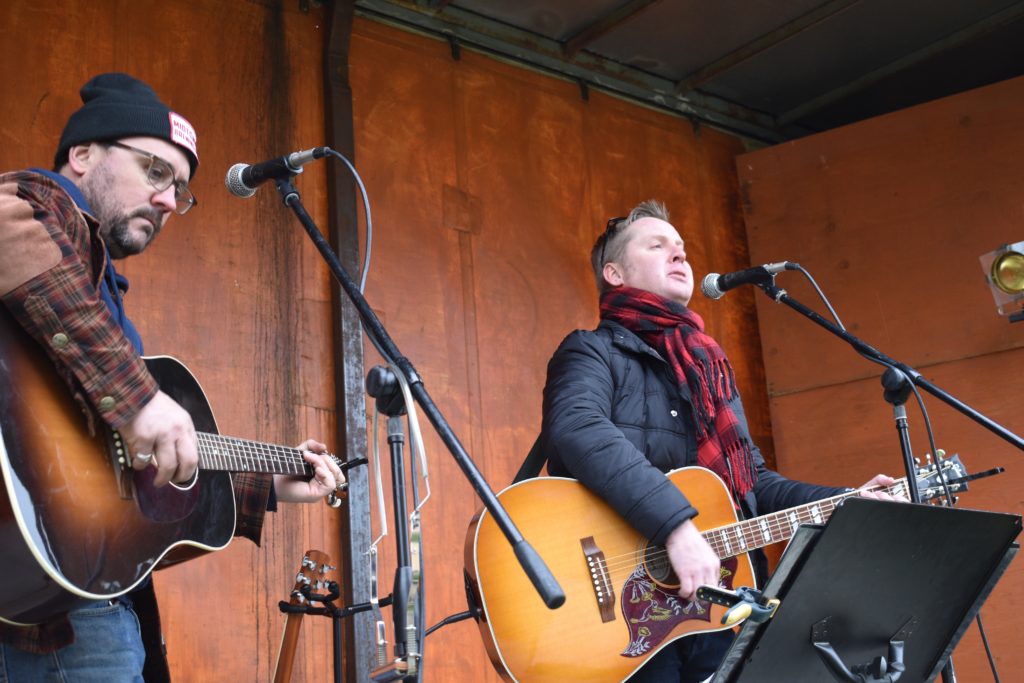 (From left) Stew Jones and Trevor Norris of Norris & Jones were part of the musical compliment at the second annual Homegrown Craft Beer Festival at the Crystal Palace on Saturday. (Jason Parks/Gazette Staff)

Representatives of local and regional craft brewers, cideries and mead producers all huddled inside around their kegs, casks and tasting bottles and event proved (even if it didn’t need to) that one could be seeking a refreshing beverage and not necessarily resort to a vintage to quench a thirst.

“Homegrown is showcasing Prince Edward County and our surrounding partners as being an area that produces quality brews,” Nat Wollenberg of 555 Brewery explained. “You know we started with the wineries Prince Edward County, but at the moment we have seven breweries plus another three opening next year, plus a number in the surrounding area that are exceptional. We are all really putting our mark on the craft beer scene in Ontario.”

Described by some Saturday as the craft beer version of Terroir, a regional wine celebration hosted in Prince Edward County annual each spring, Rebecca Lamb, Destination Development and Marketing Coordinator for the County of Prince Edward didn’t go as far to support that belief.

However, Lamb did say the event started in much the same vein at the viticulture event in that craft brewers were looking for a shoulder season collaboration celebration. 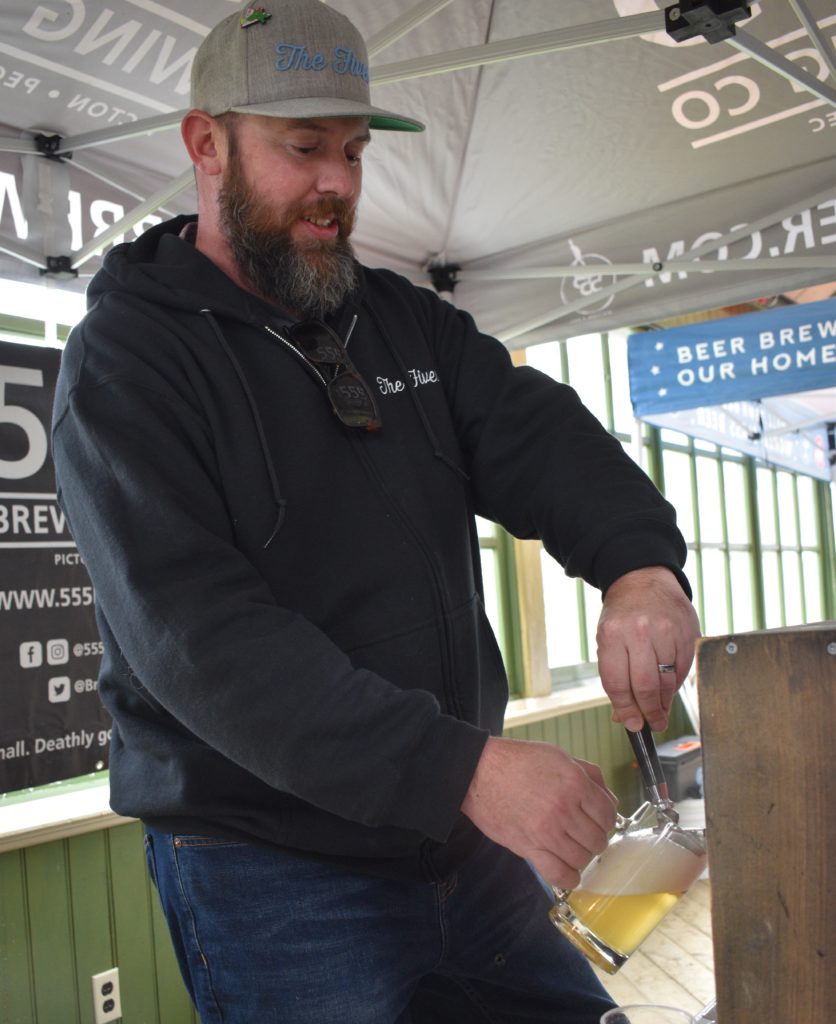 “It brings together all these partners and collaborators and it’s a bunch of people that don’t really get a chance to see one another because they’re hard at work producing their craft beverages or working on their hops farms or orchards and they are able to come and celebrate the very end of the season,” Lamb told the Gazette, explaining the sector wanted an event that brought the entire sector together in a similar way and also incorporated those regional leaders such as Kingston’s MacKinnon Brothers Brewing Company and Bath’s The Hard Way Cider Company.

“That’s how it started. The local producers coming to the County and asking how do we host an event like this, us partnering with them and also Empire Productions in Belleville who handle the gate and the ticket sales,” Lamb added.

Quinte West Craft Beer lover Jennifer Horvath found out about the festival via social media and said she dragged Matthew James and Bob Horvath with her to Prince Edward County to try the best local suds and such.

“I love the the fact craft beer is made locally and has more character and more flavour,” Jennifer Horvath told the Gazette. “You get more of the personality with this type of beer.”

“It’s definitely not middle of the road,” James added.

“The Judge is pretty good and is something I’ve never tasted before,” James said. “I guess that’s what keeps people coming out and trying new varieties of brews.”

“There’s always something delicious, something different, something new. These craft brewers are always about innovation,” Jennifer Horvath added.

It’s the perfect combination of the tartness of the blueberries and the sweet smokiness of the maple,” Bob Horvath “It’s really good and I highly recommend it.”

“It’s a bone dry cider and it’s great for people that don’t like a sweet cider,” she added.