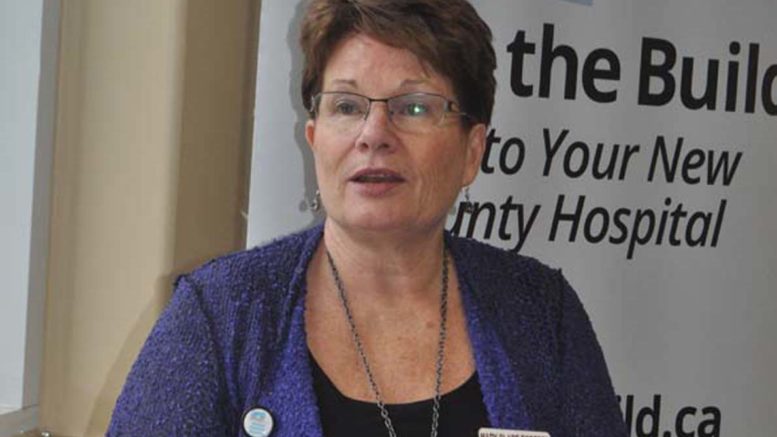 Count the Quinte Healthcare Corporation (QHC) as a local business that may have to look beyond the local workforce to attract talent to meet its needs.

On Friday morning as the hospital was receiving good news of a $2.8-million boost in funding to meet demands of the oncoming flu season, president and chief executive officer Mary Clare Egberts was pleading with local media to stress a need to recruit more nurses.

“We know right now we are not getting the nursing applications we would like to receive, so an extra push out there to say Quinte Healthcare is open for business would really help us,” she said.

Asked about whether the region has a shortage of trained nurses, Egberts said she believed some suitable candidates had left the region previously to find work.

“There are a number of people who have been trained from our area as nurses who have gone elsewhere,” she said. “We encourage them to come home. That’s No. 1. This is such a great place to grow and raise a family.”

Egberts also said she believes the opportunity could attract new workers to the area.

Of course, the provincial government’s recent announcement that it would provide $2.8 million to the hospital corporation to help it address capacity issues during flu season puts a bit more impetus on QHC to ramp up its staffing levels with not only additional nurses for the emergency and in-patient units across its four hospital sites, but also other supporting personnel to take care of 23 more funded beds.

“Really, it’s the whole hospital that will have help to deal with these sick patients at this time,” Egberts said.

She indicated the hospital is serious about adding to its staff over the coming weeks.

“I can assure you that almost anybody that applies at our hospital and has the right skills and lives our values, we would love to hire them,” she said.

Mayor-elect Steve Ferguson was hopeful the county could attract some of those people who may move into the area.

A message from chief nursing officer Carol Smith-Romeril on the site discusses ways QHC supports is nurses through learning plans, mentorship, funding for further education, flexible scheduling, and compensation. She also discusses a co-operative team environment and the efforts of hospital foundations, auxiliaries and communities in providing state-of-the art equipment at all sites.

“Whether you are a new or experienced nurse, we are confident you will find an unsurpassed quality of life and the right career opportunities at QHC,” Smith-Romeril concluded in her message.

At Friday’s announcement Bay of Quinte MPP Todd Smith talked about being hopeful to make an announcement on a new hospital in the near future. Both Egberts and Ferguson expressed their optimism the process is continuing under the new government.

“I am extremely encouraged about the building of a new Prince Edward County Memorial Hospital and I’m looking forward to getting through this next hurdle as part of the capital process,” Egberts said. “It’s a long process, but announcements like this today just help to say how important a hospital is here in the county and how much we need it to support the health-care system at QHC.”

Ferguson said he has enjoyed a “great working relationship” with Smith over the years and he expected that to continue as the new council begins working with the provincial government.