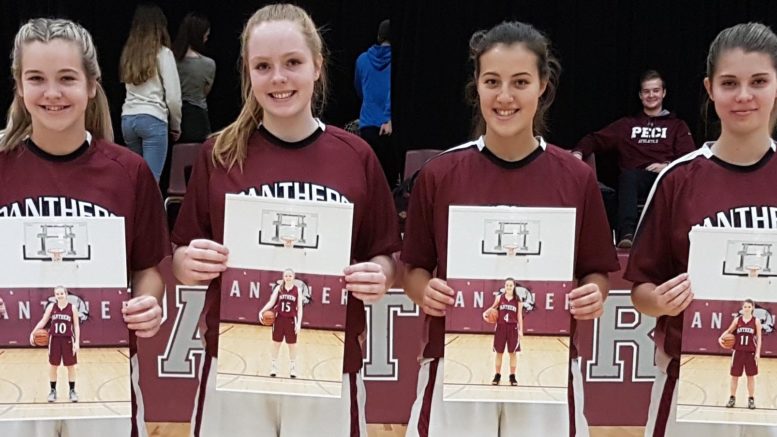 The PECI Senior Basketball Panthers closed out their regular season Tuesday with an upset of the previously-unbeaten Nicholson Crusaders 67-48.

While acknowledging Nicholson was missing a key player due to injury, Panthers coach Rob Garden said his team played its “best and most complete game of the season” on its home court.

The coach gave credit to Madalynn Snider for her efforts trying to contain Crusader Jane Goyer all game. While Goyer had 35 points, she had just 11 in a a first half that saw the Panthers build a 37-21 lead.

The Panthers finished the regular season 5-2, good for fourth place and a home game in the league quarterfinal Monday at 4:30 p.m.

– In junior action, the Panthers soundly beat the Crusaders 58-25 with Lauren Smith leading the way with 22 points. That gave PECI a 7-1 record, good for second place and a bye to host Wednesday’s semifinal at 4 p.m.