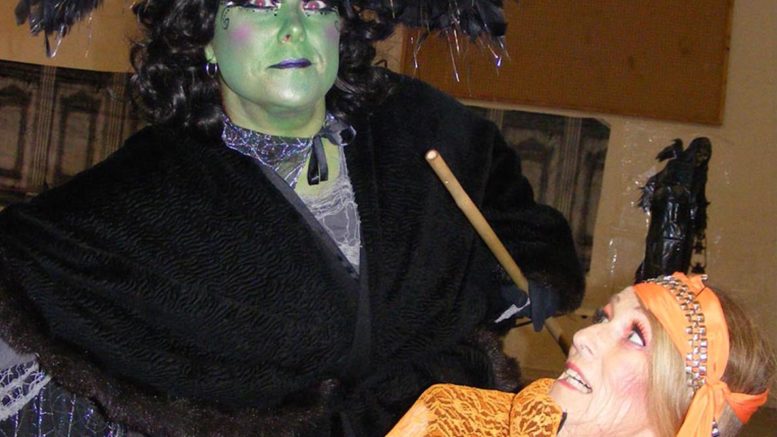 A bewitching display - A wicked green witch (Melissa MacDonald) had a scare in store for this Gypsy fortune teller (Debbie MacDonald) at Bayfield School during Consecon’s Haunting in the Hamlet Saturday. (Terry McNamee/For The Gazette)

Consecon was filled with ghoulies and ghosties, vampires and zombies, storybook characters and more as Halloween arrived a few days early during the Haunting in the Hamlet on Saturday, Oct. 27.

Fueled by a pancake breakfast at the Consecon Legion, people of all ages took part in a wide assortment of “spooktacular” games and activities in a variety of locations, including the Consecon United Church, the public library and the Masonic Lodge. Those who wanted to ride could take a trip in a horse-drawn wagon provided by the County Carriage Company. 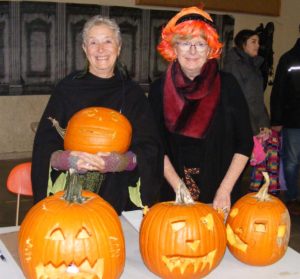 Happy hauntings -Sherri Bergman (left) and Cheryl Lunan, both of Consecon, judged the jack o’lantern competition at Consecon’s Haunting in the Hamlet on Saturday, Oct. 27. The winning entry, an unusual sideways carving, was created by Melissa MacDonald. (Terry McNamee/For The Gazette)

Head Ghost (or event organizer) Toby Toth has been running the event ever since she came up with the idea for the Haunting in the Hamlet.

“The first one was in 2007,” she said. After a few years, she did take a couple of years off, but she brought the event back in 2014, making this year’s event the fifth consecutive one. Needless to say, she has a lot of help, with more than 15 volunteers helping to run all the various events during the day. “It’s a lot of work,” Toth said. “Without all the volunteers, it would not come together. The Ameliasburgh recreation committee funds it, as do the Merchants Mill, Swiftsure Vessel Solutions, our ratepayers’ association and other area businesses and residents.”

In the afternoon, the Bayfield School gymnasium was filled with ghoulish creatures for a costume contest. Prizes for cutest, most original and scariest costume were awarded in four different age categories, including an adult class. There was a competition for the best homemade Halloween treats and another for the best jack o’lantern as well. Making his third visit to the Haunting, Randy Rodgers, Mind Magician did a family-friendly show called “Magic That Invites You To Think,” followed by a lantern-making workshop run by the Firelight Lantern Festival.

Other events included a barbecue, an open mic and dress-up, a family movie and a youth dance. Toth was thrilled with the turnout, with many people coming out in spite of the dreary weather. 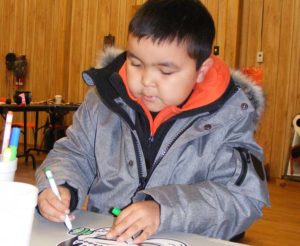 Making a mark – Teegan Grosse, 7, was busily colouring a drawing of Frankenstein’s monster at the Consecon Masonic Hall. (Terry McNamee/For The Gazette)

“We’ve got folks in from Trenton and Picton,” she said. “I even met a family that was passing through from Woodstock. I am ecstatic with the day! It makes all of the work worthwhile to see the community out celebrating together.”