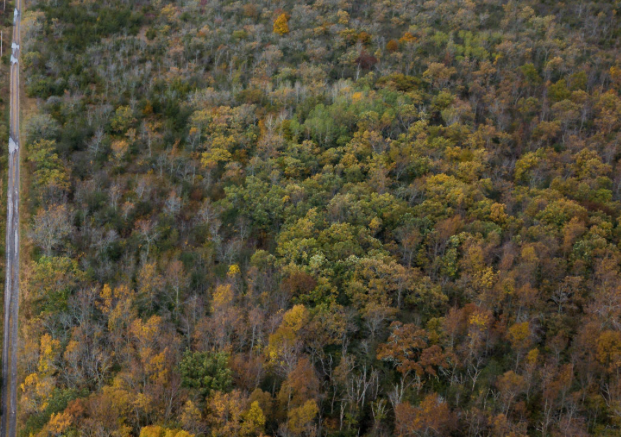 Another section of southern Prince Edward County coastline land is being preserved thanks to the combined efforts of the Nature Conservancy of Canada.

The Hudgins-Rose property, a 76 acre narrow strip of land situated adjacent to the east of Ostrander Point road and south of Babylon Road in South Marysburgh is being secured though a joint venture between the NCC and the Hastings-Prince Edward Land Trust.

The Hudgins-Rose property is a few kilometres east of the 490 acre Miller Family Nature Reserve which is owned and stewarded by the HPELT and protected with the financial assistance of the NCC.

This time around, the HPELT is soliciting and accepting funds on behalf of the NCC in order to help create a network of preserved land areas on Prince Edward County’s south shore.

The property was originally settled by Moses Hudgins and his family back in the mid 1800’s and a historic log cabin dating back to 1865 still stands at the property. 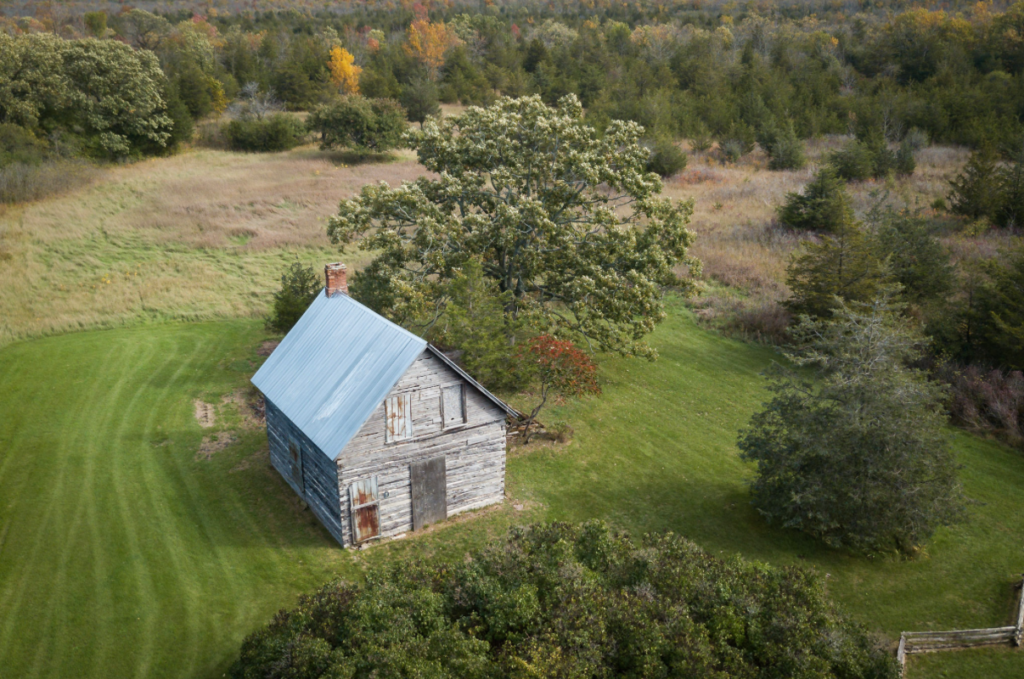 A log cabin built by Moses Hudgins in the 1860’s. (Photo by Brian Coulson/NCC)

Once the property is secured by the NCC, its expected a rustic restoration of the log structure will take place.

Nature Conservancy of Canada Central Ontario-East Program Director Mark Stabb confirmed the organization had come to terms with the property owner regarding this land in South Marysburgh.

“The (NCC) have put together a strategic plan for conservation priority in Prince Edward County and the eastern Lake Ontario coast some years ago,” The south shore is really a high conservation priority for for a number of groups and it shows up in our NCC priority mapping as really vital in order to protect species and habitats and migration corridors, etc.”

Stabb explained the property was held by the Rose family and a number of interested individuals, parties and groups had approached the landowners with offers and proposals.

The Program Director said the NCC knew of the family’s wishes to preserve the land and keep it clear of development.

“Very much to their credit, the Rose family wanted to do something with the property to keep it green and protected into the future and we were able to find a price that was satisfactory to all parties as NCC was able to pledge to satisfy the condition that the log cabin on the property would be restored as part of the agreement and the family names would be part of the project title,” Stabb added.

The South Shore peninsula of Prince Edward County has what the NCC considers exceptional natural heritage value due to the habitats and species it supports and has been designated as a globally significant Important Bird and Biodiversity Area (IBA).

The south shore of Prince Edward County stretches for approximately 40 km and is virtually the last remaining strip of its size of undeveloped northern Lake Ontario coastline.

Undertaking some of the fundraising work is the HPELT and board member Dick Bird said the organization is thrilled at the prospect of seeing an NCC preserved site practically within shouting distance of the Miller Family property.

“It’s a combined effort and we are so excited to be working with and for the NCC on this,” Bird told the Gazette. “It’s great there will be an effort to preserve and restore Moses Hudgins’ log cabin. It’s a real gem and there just isn’t many structures like this left in Prince Edward County.”

Stabb said the NCC would be abiding by the County of Prince Edward’s heritage bylaw to preserve the structure and is hoping that partners could come together and take the project to the next level.

“Typically natural habitats are our primary focus but we want to see the building back in useable form as perhaps a interpretive education centre and historic marker. We’d also love to be able to welcome back the Hudgins and Rose families during a dedication at a later date as they are so connected to this land and spent many generations there,” Stabb added.