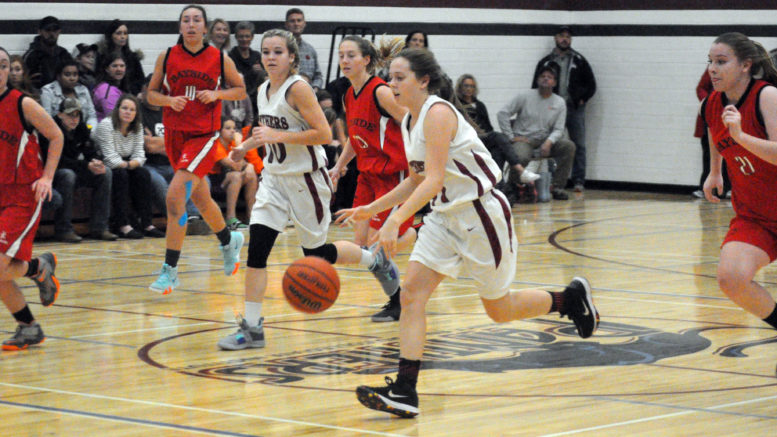 Seniors will have to counter Centre Hastings’ low game to win

The PECI Senior Basketball Panthers will be playing for a three-peat as Bay of Quinte Conference champions Friday evening and seeking some retribution in the process.

For the second time in three weeks, the Panthers upset the top-seeded Nicholson Crusaders in Wednesday’s semifinal, winning a 56-41 decision at the Providence Gymnasium in Belleville.

Coach Rob Garden said the Panthers had their most balanced attack of the season in the win with scoring well distributed throughout the lineup. The Crusaders only had three girls scoring.

“Our team depth and defence was the difference,” he said. “The girls played great.”

The underdog Panthers also got off to a great start. Whether it was seeing game action earlier in the week while the Crusaders sat home with a bye, or the confidence of having dealt their foes their only loss this season, they poured in 23 points in the first quarter and were to 40 and well out front by half.

The victory sets up a final against the Centre Hastings Centurions, who defeated the St. Theresa Titans 32-27 Wednesday. In Madoc, heading into the Thanksgiving weekend, those same Centurions handed the Panthers their first loss in league play in the past three seasons, also by a 32-27 margin.

Early that day, the Panthers struggled to contain Centre Hastings’ mix of size and skill down low as post players Jayden Forrestell and Amy Rinaldi dominated play early in the game.

At the time, Garden said the Panthers would work on game planning to limit opponents’ use of size under the basket. He also said shooting the ball well is a good way to counter that attack — and on Oct. 9, facing adversity, PECI didn’t execute well on its chances. Recently, the offence has been clicking with more than 50 points for in four of five games since that loss.

Tip-off is at 7 p.m. at Eastside Secondary School (formerly Moira). The school was the host of the last two Bay of Quinte Conference finals, so it should be a familiar setting for the Panthers.

In junior action, after a 7-1 season, the Panthers fell to the Bayside Red Devils in Wednesday’s semifinal in Picton 40-29. The Red Devils will face the defending champion Titans at 5 p.m. at Eastside. The Panthers have qualified for COSSA play.