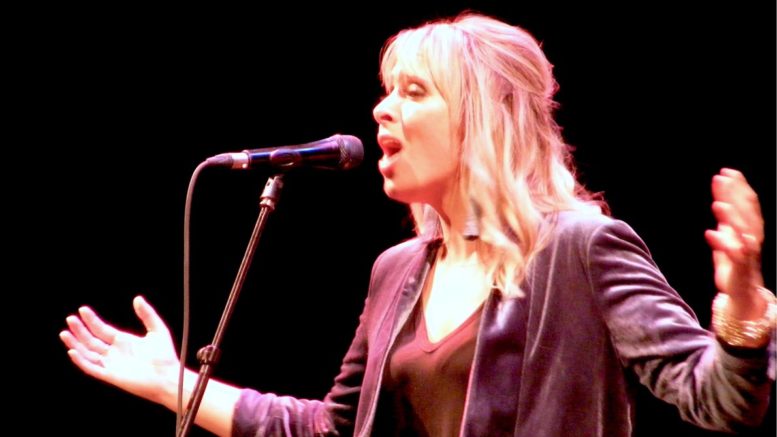 Historic headliner -Singer/songwriter Emily Fennell, better known as Miss Emily will be performing at the Regent Theatre Friday evening in a concert featuring the music of Carole King and James Taylor in benefit of the Back the Build campaign. (Terry McNamee/For The Gazette)

It was “The Show of the Century” at Picton’s elegant Regent Theatre as the venerable venue celebrated its 100th birthday with a concert on Friday, Nov. 2.

Built in the style of an Edwardian opera house, the Regent started out as a warehouse before being extensively renovated as a silent movie theatre. The official opening was Nov. 2, 1918. Later renovations led to a second grand opening in 1922, bringing live theatre and vaudeville productions to the Regent. It closed in 1980, but reopened in 1992 and was upgraded in 2010. It is the oldest historical playhouse and cinema in the area. 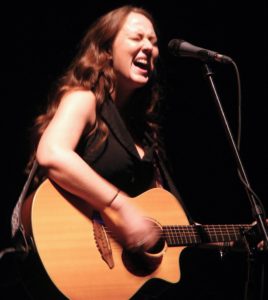 Belting it out – Instant Rivalry’s Megan Hutton puts her all into her performance at the Regent; Theatre’s 100th anniversary celebration last Friday evening. (Terry McNamee/Gazette staff)

Fennell showed her versatility and strong stage presence, performing a variety of musical genres from rock and country to soulful ballads. Her duet with Pasternak was particularly memorable as she reined in her powerful voice to harmonize beautifully with Pasternak’s clear, bell-like tones on selections from Pasternak’s original folk opera, Minerva, which had premiered at the Regent Nov. 1, 1990.

“It’s important to keep this theatre as a local stage for local talent,” he said, and noted the importance of the volunteer support and the more than 400 theatre members and over 70 businesses that sponsor it.

“This building could not operate without them,” he added. Shorthouse said he was was thrilled with the way the evening went. While not quite a sellout, there was a big and very enthusiastic crowd.

“We put this together very quickly, sort of last minute, but we’re really happy with the turnout.” he said he was really pleased to have Fennell as the headliner, calling her one of the hardest-working entertainers in eastern Ontario.

Erin Tousignant came from Sydenham to attend the show, and especially to see Miss Emily.

“I absolutely adore her!” Tousignant said. “She’s absolutely fantastic. She has this amazing stage presence. She’s a powerhouse.”

Festival Players founder John Burns and his wife, Louise O’Donnell, of Wellington were among the guests in the VIP lounge after the show.

“Emily and I go back to when she was just a little kid,” Burns said, saying he had worked with her in musical theatre years ago. As for Friday’s performance, “It was just great!” he said. 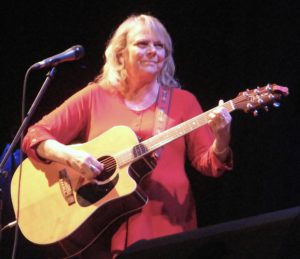 County musician – Suzanne Pasternak was one of the featured artists Friday night. Her folk opera, Minerva, premiered at the theatre. (Adam Bramburger/Gazette staff)