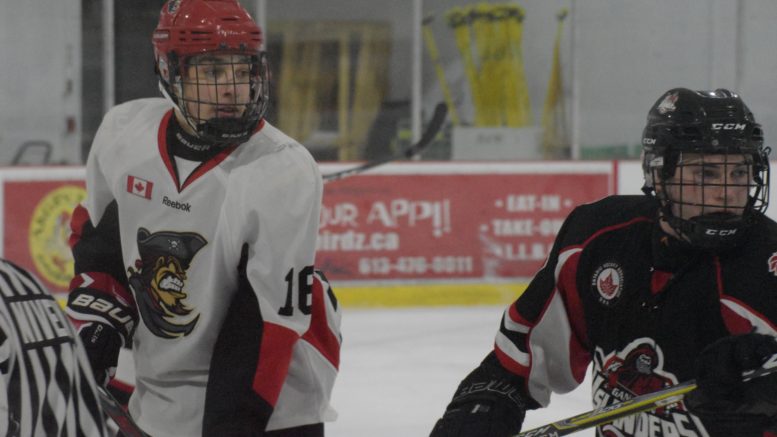 ON BOARD- Justin Arnold and the Picton Pirates won both their games last week to keep up with the field at the top of thePJHL's Tod Division. (Jason Parks/Gazette Staff)

The Picton Pirates continued to keep pace in the Tod division of the Provincial Junior Hockey League after picking up a pair of wins this weekend.

The locals downed the visiting Gananoque Islanders 4-1 at home on Thursday before topping the Rebels in Campbellford 6-2 on Saturday.

With the wins, Picton moved their record to 19-8-1, good enough for 39 points and second place in the division.

Third place Amherstview did Picton a favour on Friday as they handed the Napanee Raiders that club’s first loss at home on Friday night.

Picton trails the Raiders for top spot in the Tod by nine points and if Picton has any design on challenging Napanee for the division title, that process starts with a win on Thursday as the arch-rivals make their first visit of the season to Huff Estates Arena.

Despite a depleted lineup on Saturday where they only travelled to Campbellford with 14 skaters, Picton put in a workman like effort, jumping out to a 5-1 lead in the first period and never looking back.

Sickness, injury and promotion were the reasons Picton had less than the full compliment of players but had more than enough to get past the host Rebels. 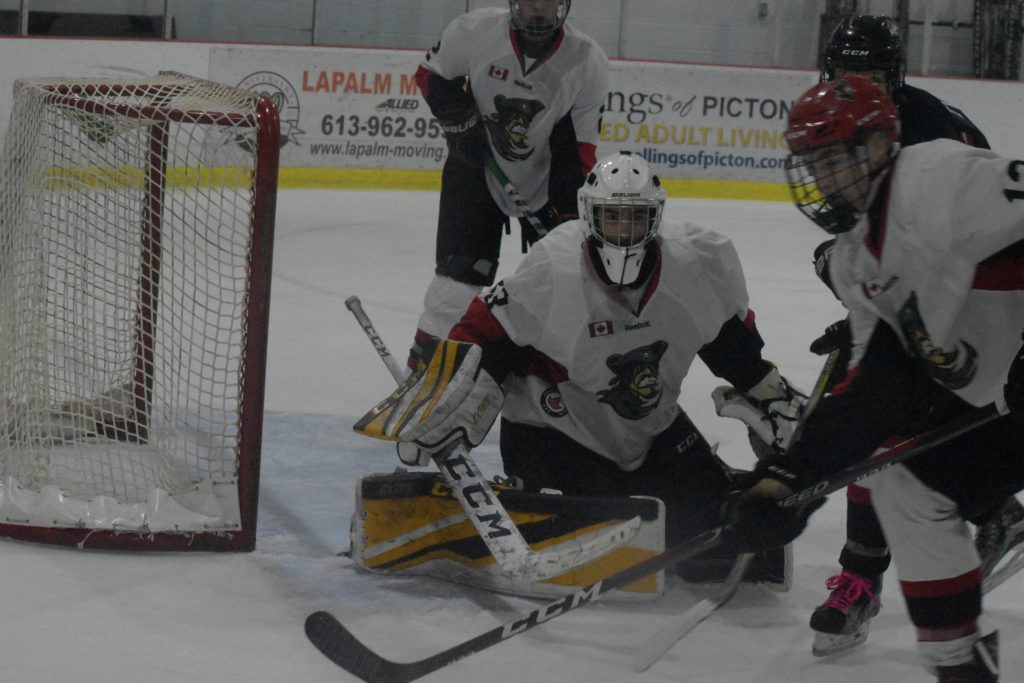 Netminder Kyle Renaud picked up the win in a 4-1 victory over visiting Gananoque on Thursday. (Jason Parks/Gazette Staff)

“It doesn’t matter who we play, we need to stick to our game and stick to the bigger picture. All three lines played well and we were getting plenty of opportunities,” Green told the Gazette Monday. “Their goalie (Kyle Hayes) played extremely well.”

Picton would out shoot the Rebels 44-11 over all and had a 2-0 lead inside the first two minutes thanks to tallies from Matt Scott and Landon McLellan.

Campbellford’s only tally was a pure Prince Edward County marker as Kings alums Andrew Ward and Walker Deroche connected on the Rose Hall native’s second of the season at 4:25 of the opening frame.

A pair of Picton defenceman would score in the back half of the first period as Connor Kennedy notched a shorthanded goal at 11:26 and Scott, a lumbering blueliner better known for his physicality in front of the Picton net would add his second of the game at 13:58.

Matt Poole would make a handful of Picton goals with his 18th of the campaign with three minutes left in the opening frame.

The teams traded goals in the second.

Griffen Conger set up captain Devin Morrison at 8:12 of the middle stanza but the Rebs answered as Ward fed Bryce Rose for Campbellford’s second and final goal of the contest at 14:03.

Playing against his hometown representatives seems to bring the best out of Ward who has four of his seven points this season against Picton.

Kennedy and McLellan led the way in terms of the Picton points parade with three each.

On Thursday, Picton was inconsistent up front for portions of the contest but had just enough to pull away the visiting Islanders.

“It was a mixed bag in that game, I thought the forward group was a little inconsistent. We’d get on a role for a couple of shifts and then lose momentum really quickly.” Green offered. “I really like how our powerplay was able to respond in the second period.”

Tied 1-1 after one, a pair of McLellan powerplay goals just over five minutes a part in the second half of the second told the tale for Picton. 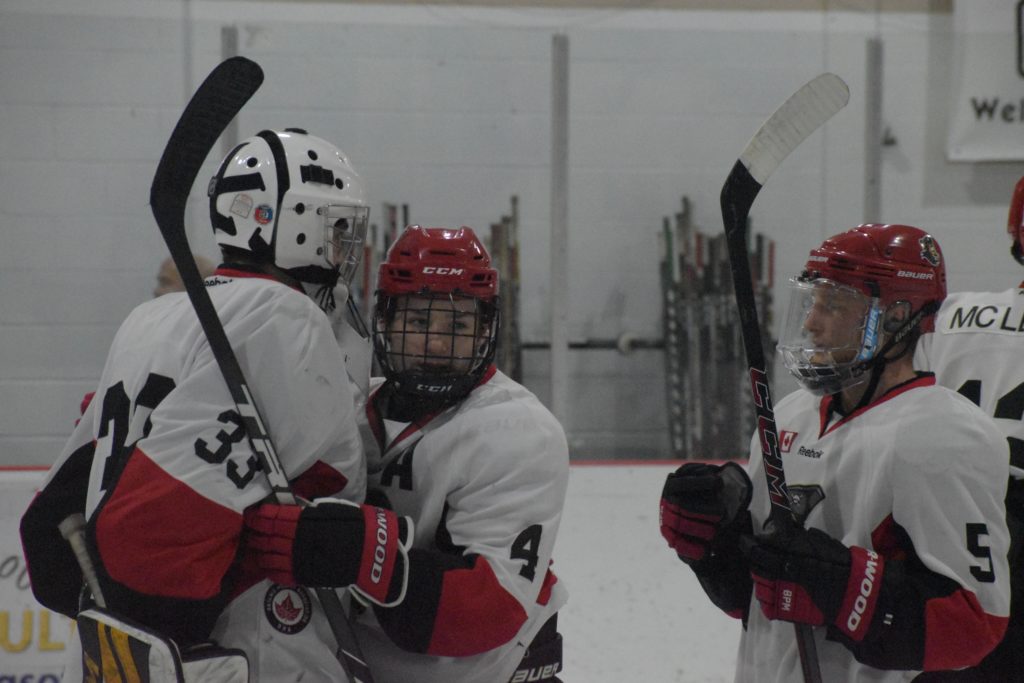 Nick Kyte set up McLellan’s first tally at 12:34 and then Logan White, who was out of the Picton lineup on Saturday in order to play with the Wellington Dukes, assisted on the other at 17:57.

In the third, Morrison capped off a nice solo rush by picking the corner on Isles starter Jeremy Piazzi.

Making his first start as a Pirate, Kyle Renaud made 20 saves for the win.

Renaud, a Woodlawn native, backed up Wellington starter Olivier Lafreniere on Saturday in Mississauga and while his long term future might be with the Dukes, the Pirates or somewhere else, Green was enthused by his performance.

“He played really well in the third period when the team came out flat,” Green said of Renaud.

Of note, White picked up an assist in Wellington’s 5-2 win over the host Chargers.

This weekend will go a long way to determining Picton’s path to a PJHL playoff spot or at least to what seed they might be at the end of the regular season.

After hosting Napanee on Thursday, Picton travels to Amherstview on Sunday.

“In the big picture, we want home ice advantage and all the games are vital no matter who we are playing,” Green said. We just need to stay prepared and be ready for what’s coming.”