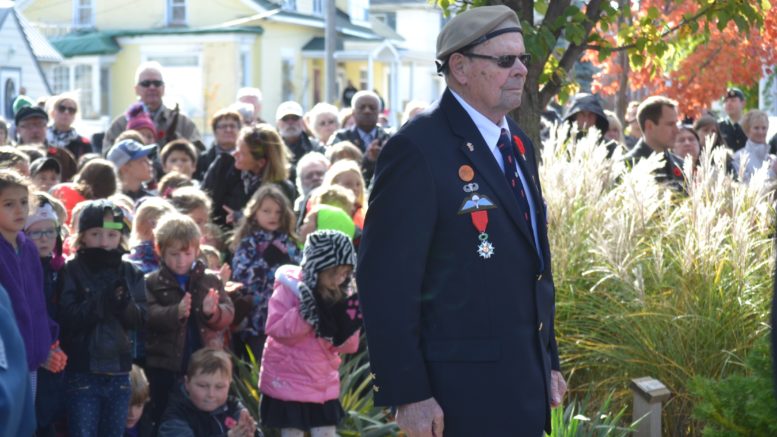 While he always refused to accept the notion that he was a hero, Picton’s humble World War II hero has passed away.

George Wright passed away on Wednesday, Dec. 19 at Prince Edward County Memorial Hospital at the age of 98.

An affable and well-respected member of the local constabulary for 25 years where he rose to the rank of detective sergeant on the Town of Picton police force, Wright was a well-known, revered and respected figure in Picton for many decades.

Later in life, Wright did very well to maintain his independence, living at Publow House in later years before transitioning to H.J. McFarland Home more recently.

“He was so well respected and regarded both in his military accomplishments and as a police officer here in town,” Royal Canadian Legion Branch 78 president Diane Kennedy told the Gazette. “Everybody knew him and respected him so much.”

The branch’s services officer Mike Slatter affirmed the sentiment that Wright was a shining example not only to fellow service members but the general public.

“So many people are saying that he was one of the most wonderful, respected men they’ve ever known,” Slatter told the Gazette Friday, just days after Wright’s passing became public. “What he went through overseas, he never let it show.” 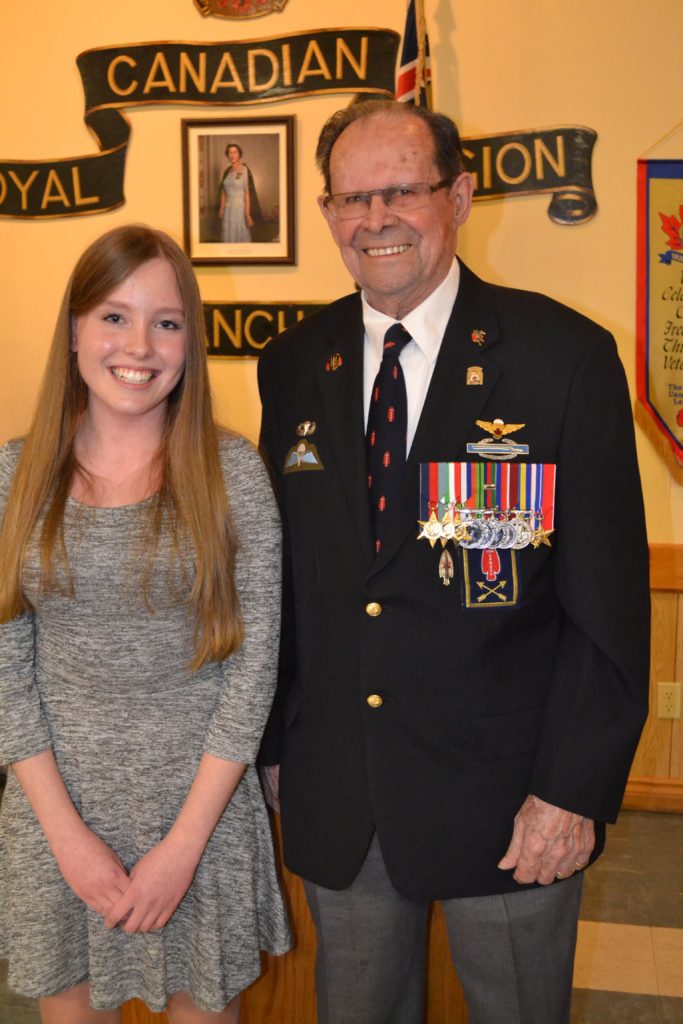 Towards the end of the war, Wright was part of an elite Canada-U.S. fighting force that undertook high risk missions where heavy casualties were expected.

In the years and decades after the war, the county community generally knew Wright as one of the brave soldiers that fought the Axis powers and returned to Prince Edward County safe and sound.

His profile was higher perhaps than other veterans given his work with the municipal police force until 1980 when he retired but the wider public recognition didn’t truly commence until Wright’s unit started to be recognized by governments in North America and Europe.

Slatter said Wright rarely if ever shared war stories or exploits of his unit.

“It wasn’t until more recently that the general public knew about what George did during the war when he was on the front page of the Gazette and was given knighthood by the country of France,” Slatter said. “He didn’t talk about it or share anything about the war with too many with people.”

Like so many of his generation, Wright grew up in the county, involved in agriculture on the family farm but when the guns of war sounded in 1939, he looked at military service as both duty to king and country and an opportunity for adventure that couldn’t be grasped by plowing fields and tending to livestock.

Wright was selected as part of the first company and first battalion of the First Special Service Force. The unit received extensive training including parachute training, rock climbing, and mountain warfare, in the United States, but the deployment to Norway never came. Instead, the First Special Service Force was deployed to Italy late in 1943. They were among the forces that liberated Rome.

Wright said the special force was involved in fighting in the mountainous region along the French-Italian border well into 1944. It disbanded Dec. 5 that year near Villeneuve-Loubet, France along the Mediterranean Sea after helping liberate territory and being accountable for thousands of German prisoners and casualties. The nickname Devil’s Brigade is said to have originated from the diary of an enemy officer who referred to them as “black devils” who appeared out of nowhere to wreak havoc. 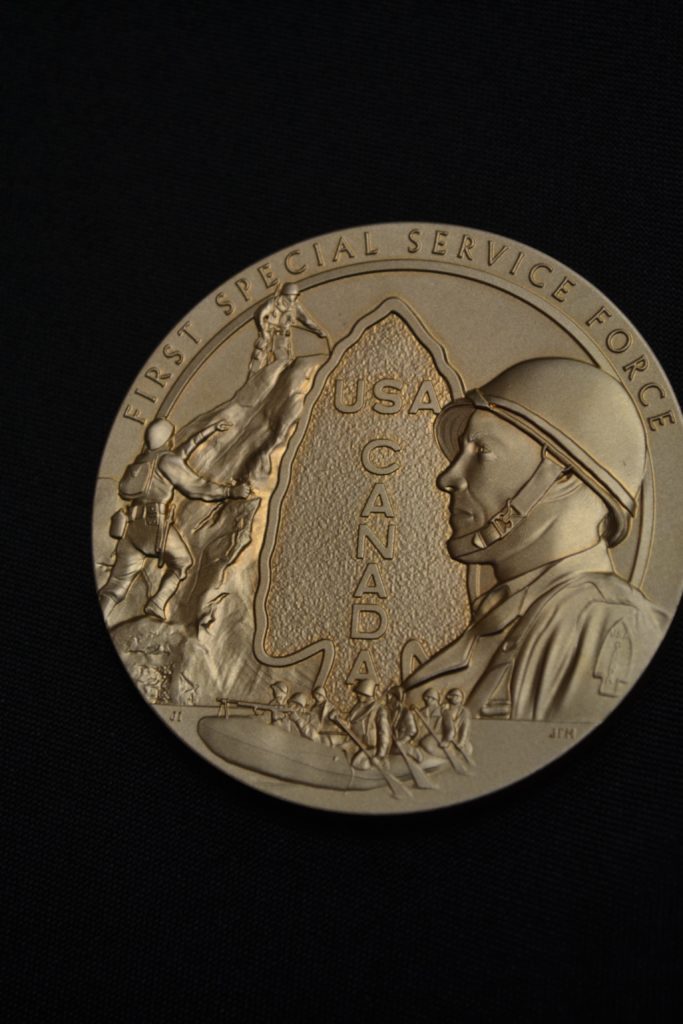 “I’ve been treated like a hero tonight. I want to assure you I am not a hero,” Wright told attendees. “All these medals and ribbons doesn’t make for a hero. I’ll take credit for being a damn good soldier. I did what I was trained to do. As far as my life for somebody else, there was nobody in our force that wouldn’t have done the same thing and risked his life for me and there was nobody I wouldn’t risk my life for.”

A year later, Wright was honoured individually as the French government bestowed upon him a new medallion signalling Knighthood in the French National Order of the Legion of Honour.

Wright was honoured in a ceremony at St. Mary Magdelene Church in the summer of 2016 and said he was aware his name had been put forward for consideration for the French award, but he was surprised to receive Chapuis’ letter.

“I couldn’t believe it at first,” he said. “I was aware my name had been put up a couple years ago. It was surprised when it finally did come.”

The French government had to receive approval from Canadian authorities to Knight Wright.

Eileen Whittle, Wright’s daughter said she has been proud to see her father recognized, though members of the family see him in a different light.

“I think it’s so nice he’s being recognized, but of course, for us and for me, he’s my dad. That’s what I recognize him for. He was so much to us, growing up he had so much to offer us. His personality and everything was so special,” she said. “We, certainly, as a family are proud of him that he gets honoured — and he has a lot of honours. We still look at him as our dad, we don’t look at him as this war hero. It wasn’t until the last few years he shared any of this with us. He didn’t share it growing up.”

While Wright took time to meet with a steady line of well wishers offering congratulatory handshakes for his new knighthood, he remained modest about the high honour just presented to him.