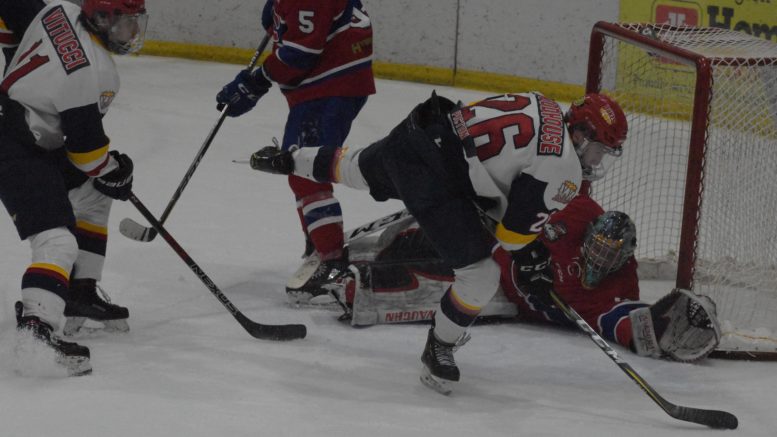 After earning their third RBC Cup entry in early part of the year, the Wellington Dukes made sure their last game of 2018 was a special one.

Off a spectacular play in the first overtime period while Wellington and visiting Kingston were playing four skaters aside, Dylan Massie was able to skate up the board in the Kingston end and deliver a nice backhand saucer pass to Brett Humberstone. 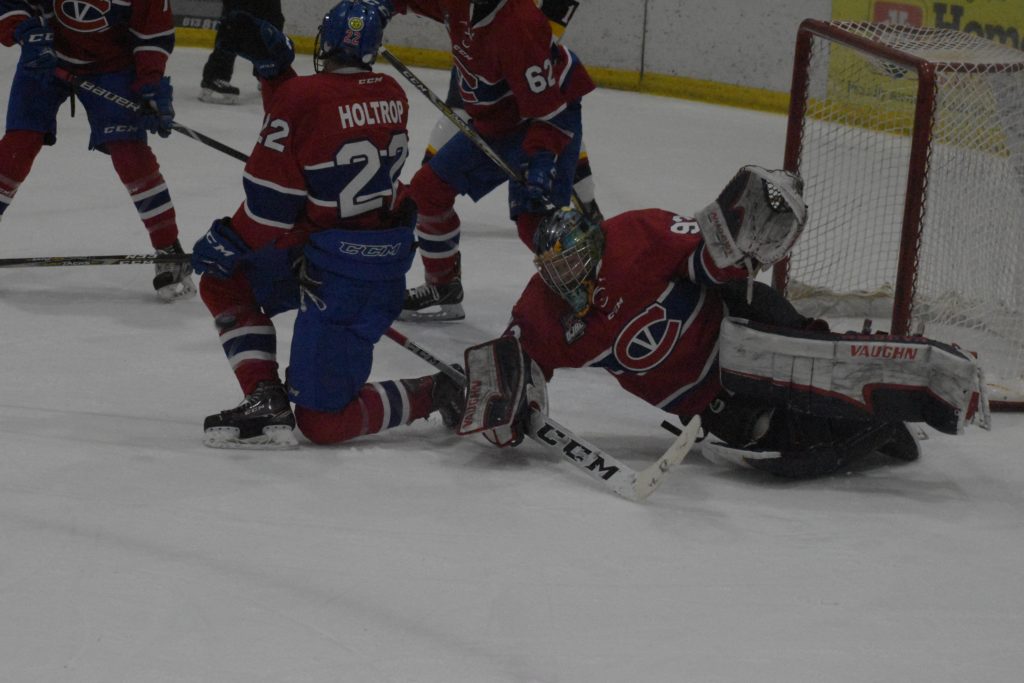 The feed was of such a quality and precision that it allowed Humberstone to gain a step on the Kingston defender and cut to the Voyageurs net where he slipped past a last-ditch diving effort from a second Vees skater and put a shot to the short side of netminder Alexei Masanko just 42 seconds into the extra frame.

The Dukes outplayed the Vees in large swaths of the contest, particularly in the third period where they peppered Masanko with 15 shots.

The West Milford, NJ native while not looking like the most orthodox of puckstoppers, was equal to the Wellington shooters time and again.

In the other net and in his final performance in a Wellington uniform, Dukes netminder Olivier Lafreniere was solid allowing one goal on 23 Kingston volleys.

During Friday’s game, Dukes general manager Todd Reid confirmed to the Gazette that Lafreniere would be heading to Wilfred Laurier University in January. 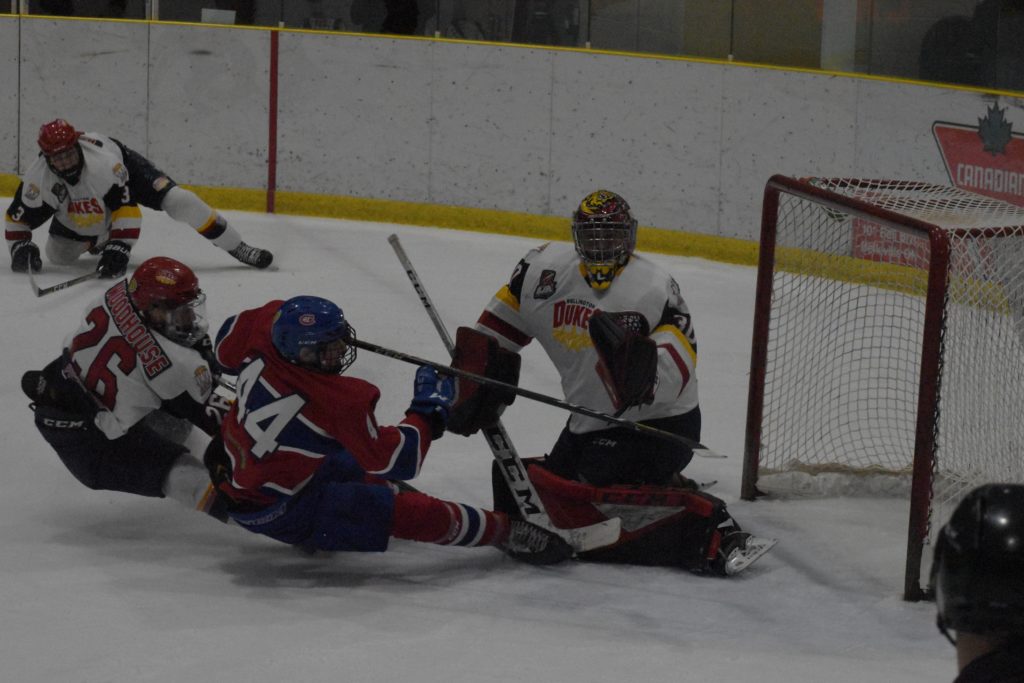 Reid told the Gazette the club had a firm deal in place to acquire another quality netminder but the deal wouldn’t be announced until after the Canadian Junior Hockey League’s holiday season trade freeze.

Wellington opened the scoring in the second period when Andrew Rinaldi did yeoman’s work in the Kingston end on the penalty kill and fed Ben Roger for a one timer off an odd man rush at 4:54.

The Vees would get a second and then a third power-play opportunity in quick succession late in the frame and it would be Adam Kim picking the top corner on Lafreniere at 17:45 to tie it at 1-1.

Credit the visitors and Masanko for stymieing the Wellington attack in the third and earning a key regulation point, especially after Kingston had played the night before at home and allowed 44 shots in a 4-2 win over Whitby.

Wellington will next see action on Friday, Jan. 4 when they travel to Pickering to take on the Panthers.