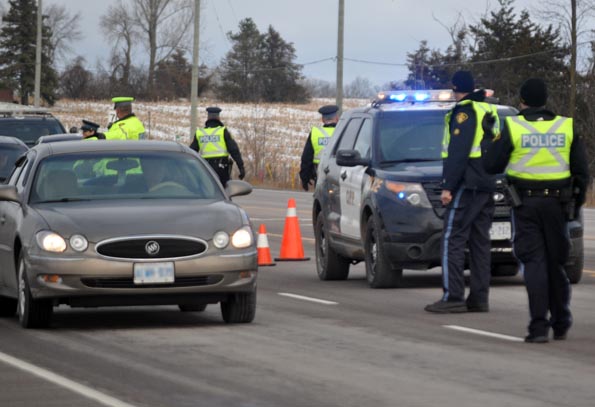 The Prince Edward Detachment of the Ontario Provincial Police are thanking members of the public for thinking ahead this holiday season and keeping roadways safe.

In total, the enforcement efforts which spanned 14 days resulted in three drivers being served three day suspensions of their licence for registering alerts during roadside checks.

One other driver was charged for having cannabis readily available in contrary to the cannabis control act.

“Prince Edward OPP wishes to thank the public for making the right choices this holiday season and, because of this, no impaired driving charges were laid in Prince Edward County during this time frame,” Community Service Constable Patrick Menard said.

Overall, the Detachment responded to 239 calls for service in the final two weeks of 2018 and those calls included:

• A pair of youth were charged with mischief and break and enter after an alarm was activated at the Prince Edward Collegiate Institute on Dec. 30, 2018.

•A 16 year old female residing in Consecon was charged after an altercation with police on Dec. 29, 2018.