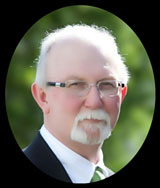 David Wesley Yardley died on December 20, 2018 at Toronto General Hospital following complications of a double lung transplant. David Yardley, born, raised, lived and worked most his life in The County, latterly of Bellevillle, at the age of 65. Beloved husband and soul mate of Brenda for forty-five years. Loved father of Greg and his wife Emmy of Los Angeles, CA and Erin and her partner Robert Peter of Belleville and grandpa of Townes. Dear son of Leitha of Westlake and the late Wesley, brother of Cathy (David), Karen (Steve), Julie (Kien) and Todd (Robi) and brother-in-law of Barb (the late David), Paddy-Jo (Stephen) and the late Robert and Gisele. Remembered by his many nieces, nephews and their families. David was a long-time employee of the cement plant in Picton. A celebration of life was held in the Amelia Room of The Waring House on Saturday December 29th from 2 until 4 p.m.