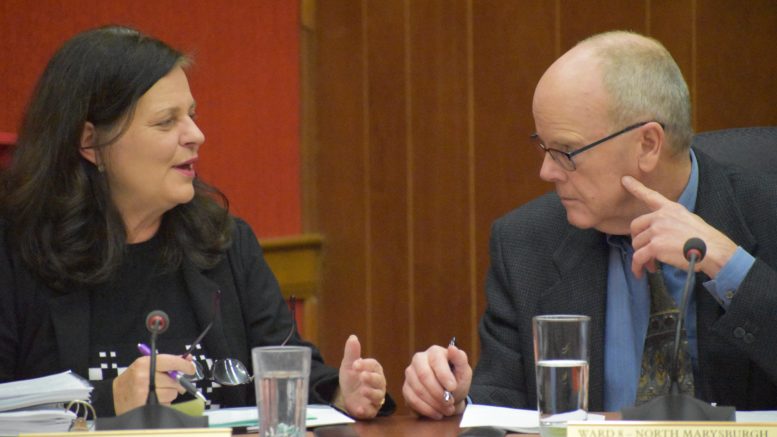 The County of Prince Edward and the Ontario Nurses’ Association, the trade union representing nurses at the H.J. McFarland Memorial Home, have renewed a collective agreement affecting nursing staff at the long term care facility operated by the municipality.

In closed session at their regular meeting Monday night, Prince Edward County council approved the newel that was previously ratified by the ONA.

“The municipality respects and appreciates the hard work and dedication that nurses devote to the residents at H.J. McFarland Memorial Home,” said the County’s chief administrative officer James Hepburn. “Arriving at this negotiated collective agreement in such a timely manner is a testament to the mutual respect that the municipality and ONA have strived to foster over the past several years.”

The municipality and the bargaining unit, which currently represents four full-time and six part-time nurses, negotiated the collective agreement renewal over two full-day sessions on Dec. 4 and Dec. 5, 2018.

Highlights include a wage increase of 1.4 per cent effective April 1, 2018, and 1.75 per cent effective April 1, 2019; Benefit improvements for vision care as well psychologist, registered psychotherapist, or social worker coverage; an increase in footwear and uniform allowance; and change in language to support efforts to hire new nursing graduates

In other news from Tuesday evening’s meeting, County Council filled a number of vacancies on various committees, boards and also assigned positions for the Mayor’s Emergency Control Group through either acclamation or election.

Members of the nominating committee will meet Feb. 12 to review applications for various citizen appointments that will fill out the balance of boards and committees.

Members of the public that are interested in being part of a public board or committee are encouraged to view the options at http://www.thecounty.ca/county-government/boards-and-committees/

The deadline for applying for a vacant position is Jan. 18.