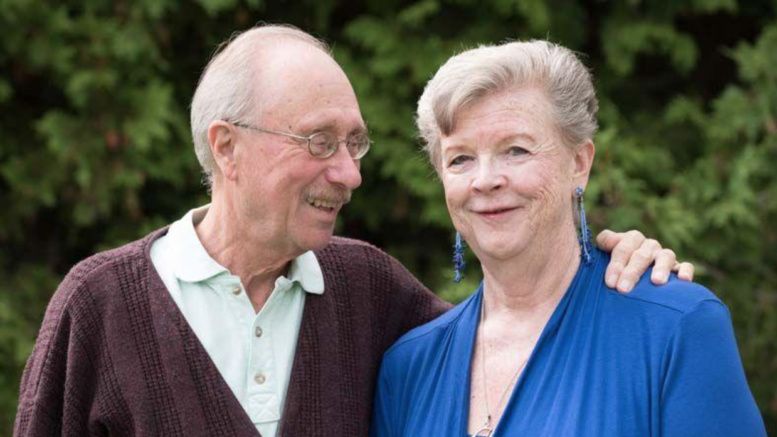 An author with ties to Picton has released her third book in which she chronicles a nearly half century relationship between two unlikely people.

Jan Miller, a former staff member at the Prince Edward Heights Complex recently released Life with Dick, the story of two people meeting at one of the newest Ontario Hospital Schools and how their unique and quirky relationship created unintentional life lessons for their unsuspecting children.

The highs and the lows of an unconventional life together that got its start in Prince Edward County is the basis of the effort.

Jan Miller came to Picton in the early 1970’s as part of the first group of hires for what the province had determined at the time was the best course of action for individuals with intellectual differences.

“We actually had no residents yet when I first got here,” Miller told the Gazette. “Prince Edward Heights was just opening and we were working through the manuals.”

Miller’s previous effort, Wilfred and Me, is about a client she met and developed a friendship with at Prince Edward Heights.

Wilfred arrived in Picton in his 20’s and, against incredible odds, was able to learn and communicate through American Sign Language and go on to live independently in Kingston where Miller had earlier transferred.

After solid reviews and good response from Wilfred and Me, Miller has once again returned to her experiences that commenced in Picton at the Heights and penned an entertaining and enthralling look at married bliss between two people from very different backgrounds.

A farmer’s daughter is determined to re-invent herself, Jan met her husband Dick, a native Londoner, after he was hired away from a facility in Orillia shortly after she relocated to Picton.

Their connection is an unlikely match from the beginning, but the book details in a colourful way how they use their incompatibility to create an unconventional life together.

“There’s quite a substantive amount of the book that’s set in Picton and at Prince Edward Heights and I think a good number of long time residents would recognize the names and events in Life with Dick,” Miller said.

Given the wide cross section of people that came to Prince Edward Heights to live and work in the 1970’s, Miller said it’s often intrigued her as to how many lives got their start and changed forever in Picton due to the facility.

Life with Dick and Wilfred and Me are available at Books and Company in the local authors section.