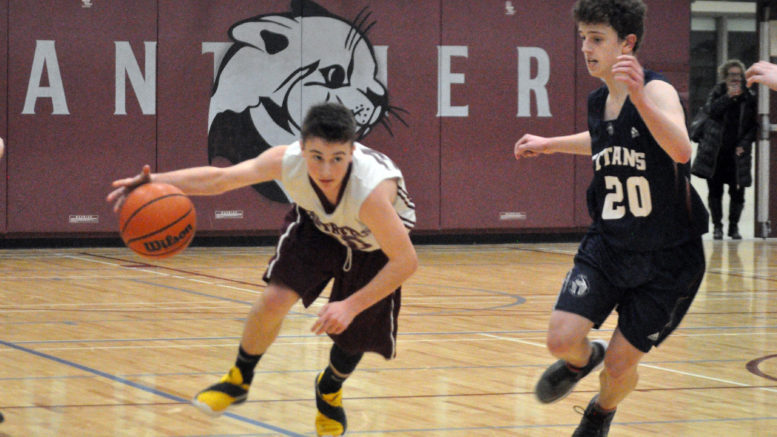 The Panthers had a great first quarter to build a 20-7 lead, but then fell back and merely matched the Titans’ offensive output. Coach Rob Garden said it wasn’t what his team expected. 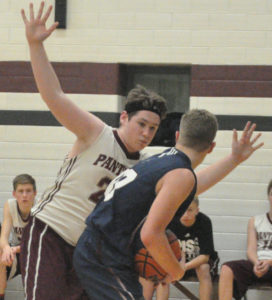 “That wasn’t a pretty win, but it’s the first time we’ve faced adversity in our league. We talked about how sometimes winning dirty is a good lesson in learning how to win. It definitely wasn’t our best effort. We didn’t execute in a lot of the game-plan areas that we wanted to.”

With an increased focus on running in the Panthers’ boys program this year, Garden said the juniors managed to execute really well in spurts but had a difficult time scoring overall.

Garden said he’s learned that junior basketball is often a series of learning experiences and he’s pleased the Panthers were able to shake off some rust from the Christmas break before facing three of the league’s top teams in Nicholson, Centennial, and Eastside.

“Nicholson is always tough and with Centennial and Eastside, any time you can go from three schools to two schools, you’re really improved,” he said. “Our goal is to win two of those games, finish in the top two and get home-court advantage through to the semifinals.

The coach also believes his 7-0 team has yet to reach its stride.

“We’ve got a good core group of guys and a good supporting cast. It seems to be different guys every night. We’ve had some strong efforts from guys like Ryan Doolan, Cole Lavender, and Cameron Perl but we haven’t seen it all in the same game. We’re looking for everyone to have that big game at the same time. If we can do that, we’ll be hard to beat.”

The Panthers are at the Providence Gymnasium for a 4 p.m tip-off with the Crusaders tonight. Their next home game is Thursday when the Eastside Ravens visit, also at 4.