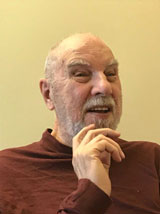 James (Jim) Van Kregten died in the early hours of January 9, 2019 in Ottawa. Jim was born on December 11, 1937 in Windsor, Ontario to Henrich (Henry) and Charlotte (née Miller) Van Kregten. He was the oldest of 5 children, acting as a strong big brother to the late Robert, Patricia (the late Leo McNamara), Jantine (Gerry Strong), and Mary Ann (Donald Van Laere). After a fortuitous meeting at a bowling alley, Jim married Patricia (Pat) Forshaw on September 30, 1961 and became brother-in-law to Florence (the late Larry Johnson). Jim and Pat were blessed with two children: the late Jimmy and Jantine (Chris “Jerry” St. Jacques). Jim enjoyed a 37-year career with Chrysler Canada, helping to develop and roll out innovative just-in-time delivery systems, among other achievements. After finishing his career in Brampton, he and Pat retired to—and fell in love with—Prince Edward County. Jim was a member of the Rotary Club of Amherstburg, a charter member of the Rotary Club of Wellington, and a two-time Paul Harris Fellow. His keen interest in history led him and Pat to volunteer at the Picton Archives and compile a history of businesses in Wellington which now resides at the Wellington Library. They were both fixtures at many fundraising events through the years. An avid reader—science fiction and history were favourites but his tastes were wide-ranging—he was rarely seen without a book on the go. After a diagnosis of Alzheimer’s, Jim moved with Pat to Ottawa in 2011 to be nearer to Jantine and Jerry. As residents of the Westwood and Stirling Park retirement homes, they made many new friends. The care he received was compassionate and professional throughout. Despite his disease, Jim’s strength of character, decency, and innate goodness shone through even as his faculties declined. His mischievous sense of humour poked through at the strangest times and was always welcome. His loving ways will be sorely missed and always cherished. Those wishing to make a donation in Jim’s memory might consider the Rotary Club of Wellington (https://www.wellingtonrotary.ca) or the charity of their choice. Condolences, tributes and donations may be made at www.tubmanfuneralhomes.com