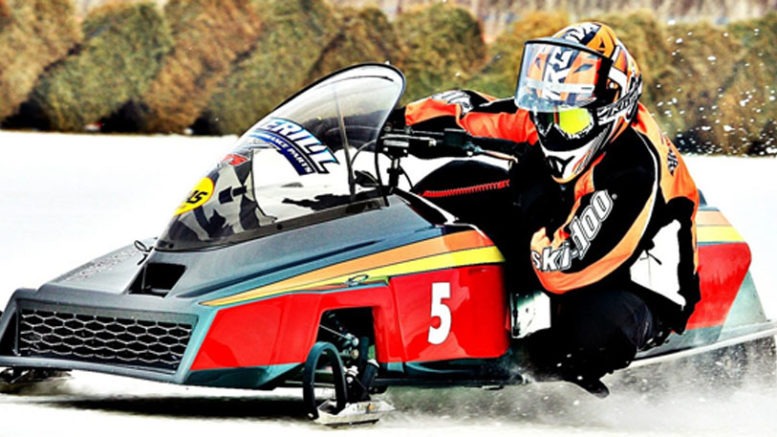 Speed and precision -Snowmobile racers will be travelling around an oval circuit on an ice course at speeds close to 160 kilometres an hour this weekend as the Ontario Snowmobile Oval Racers kick off their 2019 season with the Sand Dunes Cup at the Isaiah Tubbs Resort and Conference Centre.. (Bill Murphy/OSOR photo)

The Isaiah Tubbs Resort and Conference Centre on West Lake will host two days of exciting outdoor thrills this weekend as part of the inaugural Sand Dunes Cup.

The Ontario Snowmobile Oval Racers (OSOR) will be kicking off their 2019 competitive season with engines roaring around an ice track Saturday and Sunday.

According to spokesperson Rick Greenfield, the OSOR is a non-profit group that has planned a series of five races across the province.

On Saturday, racers from age 4 to 60 will try to get the best of their sleds and feel out the competition in qualify rounds to prepare for Sunday’s championship events.

The OSOR Ontario Oval Junior Championships in the Junior 120, Junior Mod 206/120, and Junior Formula 340 will be featured events.

On Sunday, the Ontario Mod Single and Junior Ontario Championships will be staged with qualifiers in the morning and finals in the afternoon. Racers in some classes this weekend will be travelling as fast as 160 kilometres per hour.

According to Greenfield, the event will host a number of vintage snowmobiles, ranging from the 1960s to 1990s — an era when almost every small town hosted a snowmobile race. Racers will be coming from around the province to experience the event.