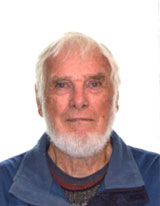 Marvin William (Bill) McClary died suddenly on January 16, 2019 at the age of 80 at Kingston General Hospital following complications of cardiac surgery. Predeceased by parents Wayne & Laura McClary and son Brant (Karen). Survived by wife Irene Kolabinski, son Scott (Chere) brother Jim (Shirley) five grand-children, two great grandchildren, one nephew and one grandniece. Bill served his country in the Canadian Armed Forces RCEME for 25 years followed by teaching in colleges in Alberta and Ontario for 25 years. Bill and his special brand of humour will be missed by his family and many friends. In keeping with Bill’s wishes his body has been donated to Queen’s University School of Medicine. There will be no funeral or memorial service.