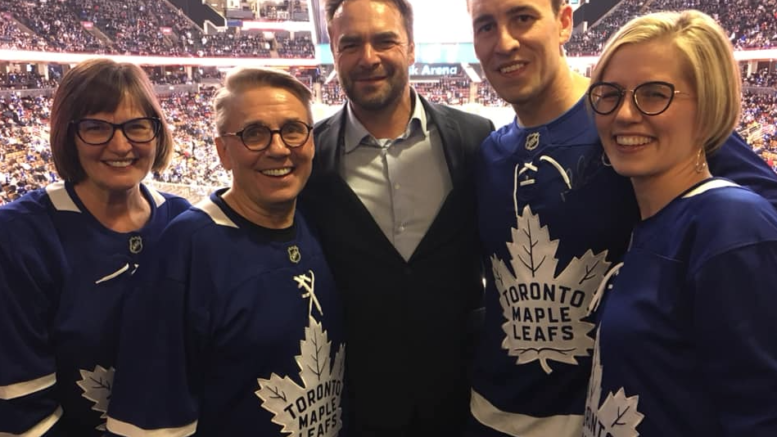 Mark Campbell, a local optician and on-air volunteer with 99.3 County FM thought he was coming down with a case of pneumonia during the Christmas holidays.

“I was out of breath and raspy and my daughter Billi said I had better get that checked out,” Campbell told the Gazette. 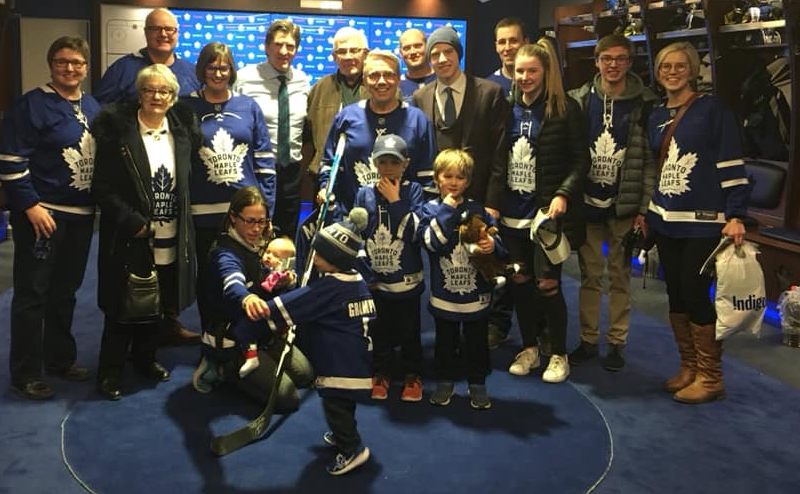 A few hospital stays and some antibiotics that didn’t seem to turn the condition around lead to x rays and, ultimately, an MRI that revealed a diagnosis of inoperable lung cancer.

The past owner of the Canadian Tire store in Picton and his family were devastated.

With time and health uncertain, Campbell thought about a dream he’d been holding since attending an NHL game in Montreal a few years ago with his in laws.

“It was a Christmas gift to my niece and nephew and we all took a train to the Bell Centre to watch the Canadiens and Chicago Blackhawks play,” Campbell explained. “On that trip I told my wife Heather that once the grandkids were old enough, we were going to do the same thing in Toronto.”

Campbell recalled his first time at Maple Leaf Gardens in the fall of 1967.
Campbell, just seven year old, was there to watch a Prince Edward County beef farmer named Bobby Hull work his winter job as goal scorer for the Blackhawks.

Campbell and his brother were in the Gardens lobby with a copy of Hull’s Hockey is My Game book when the Golden Jet came striding past.

“He stopped had gave me and my brother his undivided attention,” Campbell recalled. “It was like we were the only ones in the lobby. What a memory.”

Unfortunately, the diagnosis of lung cancer and an uncertain path ahead in terms of health and ability necessitated the plans to create a family trip and a whole new batch of memories be sprung into immediate action.

Whether Mark and Heather Campbell were prepared or not. 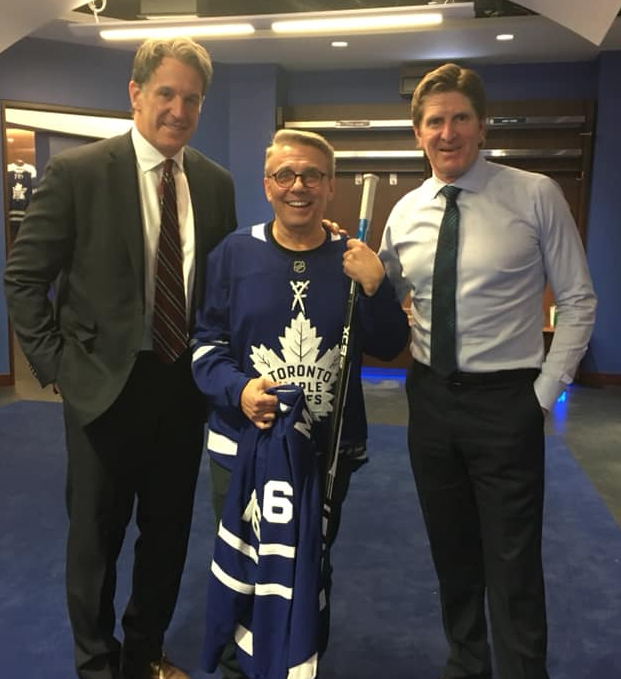 Connections started being made and discussions amongst family and close friends were had.

Eventually, Sherry Karlo of Karlo Estates utilized a connection with Leafs legend Doug Gilmour who released a line of vintages through her winery a while back.

A private box at Scotiabank Arena could be secured at the regular rate in time for the Toronto Maple Leafs-Arizona Coyotes game on Jan. 20.

“Originally this was going to be our trip and nobody needed to pay for it but Sherry insisted that we could use this as fundraiser and donate the excess to two very important and worthwhile causes,” Campbell explained.

After the cost of the private box and transportation ($10,000) were covered through donations within 24 hours, the GoFundMe page was left active and, since the trip, nearly $30,000 has been raised.

The impromptu campaign will close at the end of the January and a double cheque presentation to both the PECMHF and Hospice is planned for Sun. Feb 3 at 10:30 a.m. At Karlo Estates.

Gilmour is expected to be in attendance.

After a great family trip that included a tour of the Maple Leafs dressing room after the contest and visits with Mitch Marner, coach Mike Babcock and club President Brendan Shanahan, Campbell has returned to the weary world of scans, tests and examinations and won’t know what treatment path will be available until early Feb.

What is known is how excellent his care has been since taking the first step of this journey.

“My experience at PECMH, in Belleville and Kingston has been so excellent,” Campbell said Tuesday. “Over the holidays it was grid lock all over but I was looked after and the baton was passed by nurses and doctors who are all great professionals-Everything was done with such great care and compassion at every step,” Campbell said.

To donate to Hospice and the Foundation through the Cheers for Grampy campaign, please visit