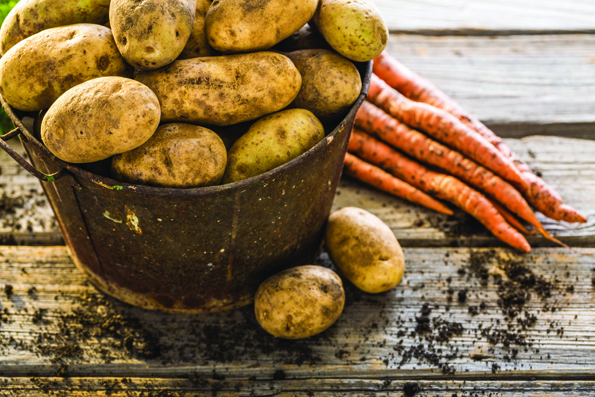 Apples of the earth -South Marysburgh will present a Potato Festival this weekend, using the popular root vegetable as a theme to replace its traditional winter carnival. (Metro Creative)

Tired of Mother Nature dictating what kind of winter fun they can have, the South Marysburgh Recreation Board has decided to go underground.

At least, that’s where the inspiration for a replacement for their annual winter carnival typically grows. This weekend, Milford will be all about the spud, hosting its inaugural Potato Festival.

“It’s in place of our annual winter carnival,” said longtime board member Bruce Dowdell. “This year we probably could have a good winter carnival, but we can’t depend on it.”

A year ago, the board scrapped its festival after years of temperatures being either too warm or too cold for traditional outdoor activities. It tried a family fun day on Family Day weekend, but found there were too many competing events.

Someone mentioned the idea of a theme event and members found there was a lot that could be done with potatoes.

“It’s different. A lot of people are asking what it’s all about,” Dowdell said.

The event will start with the traditional family bingo game Friday night from 7-9 p.m. then there will be plenty to dig at the Milford Town Hall Saturday from 10 a.m. to 3 p.m.

There will be crafts and games based on a potato theme, like stamping potatoes and making Mr. Potato Heads. Another features a sword fight with spoons, trying to knock potatoes off balance. Fun educational facts will be presented and Bud the Spud is expected to appear.

At lunch time, a meal will be served featuring potato soup, poutine and French fries.

In the afternoon, there will be a free family movie, called Meet The Small Potatoes, a musical comedy released in 2013.

Dowdell said there may also be an opportunity for some outdoor fun too.

“There’s a small rink at the fairgrounds and we’ll check on the pond as well. If they get tired of the potatoes, they can go out and do something.”

The festival is one of three signature events for the recreation board. The others are an Easter egg parade and hunt and a soapbox derby in the summer. The board also oversees the operations of Mt. Tabor and the Milford Town Hall and provides administrative support to the Milford Fair and the Marysburgh Mummers.