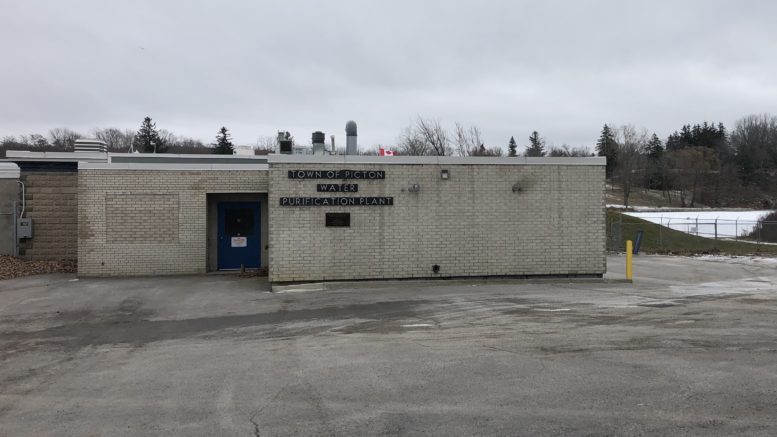 A steady flow of Picton citizenry appeared before the Committee of the whole on Thursday to voice their concerns over escalating water bills.

And whether its increased rates, incorrect metres, leaks in the system or a combination of all three, one thing remains clear: It can’t continue for older residents and those on a fixed income.

Frank Sergeant was leading those alarmed over water and wastewater bills and spoke on behalf of a number of concerned citizens at Shire Hall on Thursday, pleading for some lenience for users that are struggling to keep up with their bimonthly billing cycle.

Sergeant explained the municipality’s ultimate strategy to bring more users of the Picton water plant by way of development to ultimately one day address financially the rising costs for the current end user compliment was no answer for those struggling today.

“There is no timeline for that to occur and relief to the exorbitant charges need immediate attention,” Sergeant told the committee.

In four years, Sergeant’s base water connection fee has risen 18 per cent while the rate of water is up 26 per cent and these figures the deputant cited did not include increases from the recent municipal budget exercises.

For elderly and those on fixed incomes, water is becoming a luxury.

“A lot of people are having trouble paying their bills,” Sergeant said. “People in the lower income bracket and the aged are barely getting by as it is but these increases and what has happened the last four years- paying 20 to 30 per cent more than they did four years ago- can’t continue.”

Sergeant requested a 25 per cent discount on the bill or the ability apply for a tax rebate or grant at the end of the year for the aged and low income earners.

“Some people won’t be able to keep their homes, it’s that serious for some people,” Sergeant said.

Picton resident John Hughes said his average bill has jumped by $100 and his consumption has increased nearly three fold which is a drastic jump for someone living alone.

Other residents in his area have noted an increase in consumption as well and, coupled with a new subdivision in the area, residents are trying to determine out why all of a sudden water bills are jumping so high and if the development has played a role.

One bill the deputants offered indicated a one cycle consumption jump of 10 cubic meters to 49 cubic meters, which meant a increase from a $200 to a $440 bill.

“This is a serious problem,” Hughes said.

Plumbers have tested the man’s plumbing for leaks but none have been found.

Fellow resident and engineer Barry Tucker cited a list of bills dating back 2015 that showed steady but moderate increases for the first three and then a skyrocket in 2018.

Councillor Bill Roberts mentioned to the deputants that a  number of Ontario municipalities have various programs in place that either brought bill relief or an annual municipal tax rebate to beleaguered users. Sergeant said he hadn’t examined what other municipalities are doing but added an annual form that could be filled out by users of the system and net a municipal tax rebate was his preferred option at this time.

“This is an area of concern for me and it’s something I heard going door to door as well as housing retention,” Councillor Kate McNaughton said. “I think keeping people in their homes is the best way to fight what’s happening in Picton and we have an opportunity to help people who are struggling under the weight of their bills. I will continue to bring this up at every opportunity at the risk of sounding like a broken record.”

Mayor Steve Ferguson pointed out the numbers which indicated a wild swing in consumption levels and questioned County CAO James Hepburn about the potential for meter issues.

“Have we done anything to take a look at this?” Ferguson wondered.

Hepburn told the Committee the County of Prince Edward’s billing philosophy was to bill what that comes through the meters.

“We have a program where if the water goes through the meter and it’s determined there’s a leak, we will provide a credit on the wastewater because obviously it doesn’t go back through the system,” Hepburn said.

The CAO also added that meters could be sent away to check calibration at a cost of a $300 deposit. If the meter is found to be in error, the user would be refunded the deposit.

“Based on the fluctuations (illustrated Thursday), it’s consumption and it’s difficult for us to know what’s going on on the other side of that meter but we base our billings on what’s going through the meter,” Hepburn said.

“I’ve got a concern the calibration of the meters aren’t correct and I would like to see this issue added to the agenda of the water/wastewater ad hoc agenda,” Ferguson said.

Picton Councillor Phil St. Jean said the water/wastewater issue was common during the campaign period and assured Sergeant he would be making the issue a top priority.