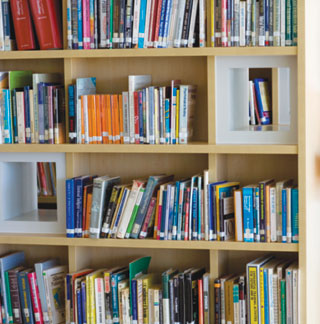 There are some changes taking place on the Prince Edward County Public Library staff! Liz Zylstra, who has been in charge of outreach and programming, has left for her maternity leave (best of luck, Liz!).

We also have three new staff members joining us. Halliday Reynolds is taking over the publicity aspect of Zylstra’s job (you can contact her at hreynolds@peclibrary.org about program ideas and promotion). Reynolds moved to Wellington from Toronto in 2017. She is a yoga and pilates teacher (with classes at the Drake Devonshire and Wild Heart Healing Arts Space) and a writer trying to sell her first novel. Reynolds is thrilled to be working in such a bookish environment, and to be getting to know the County in a new way.

Joanna Howard and Megan Smith are joining the team as on call desk assistants. You might also find them in the Library pop-up shop (188 Main St. in Picton) or at other Library events. Howard grew up in the county and has fond childhood memories of playing in the children’s section and later, hiding in the stacks with a book as an awkward teen. She studied library information technology at Seneca College in Toronto and is glad to be home. She is also a trained birth doula and enjoys supporting new parents and families.

Smith enjoyed an early career as a training and development manager for the western region of a national retailer. After an RV trip across the country, she fell in love with eastern Ontario, and worked in Chapters in Kingston and, since moving to Picton, Books and Company. Now she’s very happy to be working at Magpie and the Library.

“Clothes, books, great people and the beach! What could be better?”

As well, I am excited to announce that we have a new volunteer, Helene LeBlanc, who will lead a French conversation group starting up at the Picton branch. This will be a beginner to intermediate level group. If you’re looking to level up your French language skills, sign up by e-mailing hreynolds@peclibrary.org or speak to our staff. The program will run for eight weeks starting in early February, time tbd (stay tuned!). Helene moved to Picton full time in 2017 and runs a bed-and-breakfast called the Minister’s House. Originally from Quebec, she is a former French teacher who has a B.A. in agriculture and the environment. Her bubbly personality will put you at ease and ensure fun, interactive sessions, so don’t be shy!

If you see new faces around the library please say hi and feel free to reach out through e-mail with any questions or requests. Reynolds will be happy to receive your programming suggestions and she has a few new ideas of her own. She says, “I’m hoping to bring a Mindfulness program to the library this year, and maybe a writing group!” She is putting together a survey to get your input that you’ll soon see around the library. Pick up our February issue of Literally News From the Library to find out about all of our programming for the month or consult the calendar on our website at www.peclibrary.org. February does not have to be blah!