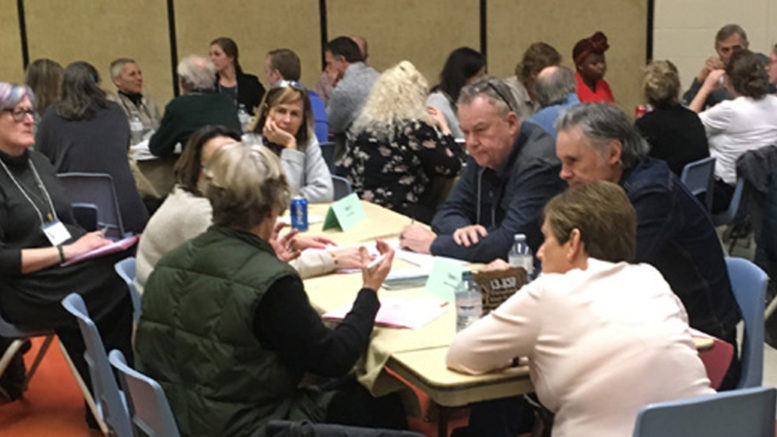 On Monday, Community Futures of Prince Edward/Lennox and Addington released a December 2017 report it commissioned from Ryerson University’s School of Urban and Regional Planning that shines light on difficulties low- and middle-income earners have in finding housing in the county.

Using an individual income of $35,000 a year, the study suggests the average 2017 market rent of $874, according to the Canada Mortgage and Housing Corporation — a figure Hull says many acknowledge as low — is unaffordable to 90 per cent of workers in that class based on using 30 per cent of income for housing. The numbers also suggest that home ownership of properties exceeding $350,000 is also unattainable for many existing local workers and millennial entrepreneurs that would be in the local marketplace. 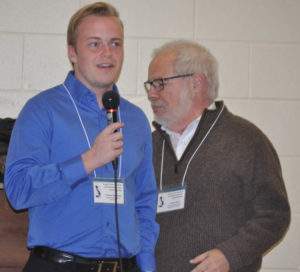 “That’s astounding,” said Community Futures social finance specialist Trevor Brookes. “That’s a massive number of people that simply can’t afford to live here even though those people are a vital part of our economy and social organizations. If they can’t live here, it’s very difficult for them to provide value in their daily jobs.”

With that 90 per cent figure compounded by a high percentage of single detached homes and a vacancy rate of less than one per cent, Brookes said Community Futures and the students tried to think about tools and metrics the municipality could use to affect serious housing change.

The students generated 43 policy ideas that were narrowed to 23 policy tools that could be put into practice. Brookes said ideas were assessed based on originality and appropriateness for the county.

Hull gave an overview of the objectives that made it into the report at a Prince Edward-Lennox and Addington Social Services (PELASS) visioning session for its new five-year housing and homelessness plan. He stressed the concepts were high-level ideas meant to spark further conversation and consideration.

“These are not recommendations. What they did was go out and look at the housing landscape and how people are addressing affordable housing across Canada. They may be relevant to the county, but it’s not a prescription to do these things.”

There were three suggestions for incentivizing affordable housing development, including fast tracking applications, reviewing development charges and connection fees, and building relationship with developers and other stakeholders. Other suggestions included market research on demand for units.

Some tools focused on zoning provisions, like projects that require developers to create affordable units in larger projects, creating less rigid design standards or promoting alternatives like compact or tiny homes, and exploring live-work developments that double as housing and work space. Retrofits of existing public buildings — like proposed projects at the former Pinecrest and Queen Elizabeth schools — is also an option.

Other ideas spoke to funding opportunities by creating innovative collaborations like land trusts, collecting social bonds for funding, and creating more awareness of existing funding programs. Lastly, the students suggested the rental market could be protected through regulation of short-term accommodation.

Hull said many of the ideas had been tossed around locally before and progress has been made since the Ryerson students offered their opinions.

“The County, the last council, took two major steps in its last year that will affect the way the county looks two years from now — really consequential decisions. One was creating an arm’s length not-for-profit housing corporation that will be able to raise debt, initiative projects, support community projects and also reach out for new and unconventional funding, such as social investment pools,” he said.

The other, Hull added, was setting the foundation to regulate short-term accommodation. More discussion will take place in the coming weeks on how that process will unfold.

One of the initial directors of that not-for-profit corporation, Hull said was pleased to see how its mandate aligns with many items in the toolkit set out before councillors.

“It speaks to the quality of the report. There’s that old adages ‘great minds think alike’ and ‘scientists all discover the same discovery in the same week.’ It underlines and validates, particularly from a council position, some of the investments that were made. The decision to go ahead with an independent corporation to drive affordable housing is a big commitment and not an every day decision, for example. It validates the concerns that drove the last council to act and appear to be of equal concerns to the current council.”

Hull said he’s intrigued by the ideas presented about social financing for affordable housing projects, stating that may be easier to mobilize through the corporation than the municipality itself, and added he wants to find ways to leverage the private sector to create affordable units.

“Finding ways people can make a buck to provide good affordable housing — that can unleash a lot of energy.”

He also stressed the importance of new funding sources as he felt the $40 billion promised in the National Housing Strategy will be hotly contested across the country.

Several members of the current council were on hand to hear the report. Wellington’s Mike Harper called it “excellent,” and stated it was full of well thought out ideas that were relevant to the municipality. Picton’s Kate MacNaughton told the visioning session some of the councillors had a discussion about how they can adopt some of the ideas to create affordable housing as they shape the municipality.

“We were discussing how they fit into our official plan going forward. We do have opportunities coming up in the near future. We were looking at and evaluating the real tools we have as a community.”

Community Futures, too, is eager to act on the data available to cause change. “We’re really interested in pursuing funding opportunities. That’s really our main goal. We want to encourage things like alternative housing and alternative fundraising. Things like social bonds really interest us and that’s an area where we’d like to make a contribution,” he said. “Right now, disproportionately it’s affecting people in the trades and millennial entrepreneurs as well as the local workforce are unable to find affordable housing. It is our No. 1 economic and social issue right now. I think that’s why we really see groups of people coming together to look at the report and talk about the next steps.”

The housing crunch, which Brookes said is also affecting neighbouring counties, directly impacted Community Futures also as its special advisor on housing and rural innovation Zainab Mnyetto was caught in the crunch.

“In the last one-and-a-half years, I’ve had to move houses at least five times and never have I ever struggled to find a house to stay like I did when I moved here to work last summer. I actually had to rent at a colleague’s parents’ house,” she said. “Even finding a place to rent is difficult. If you do find one, the terms are not realistic. For some of the places, you could rent during the week days but you couldn’t be there on weekends. For someone who lives alone and doesn’t have family nearby, that’s not very realistic. Commuting from Kingston or any other nearby town is not a realistic option as well. There needs to be options here to enable people looking for work.”