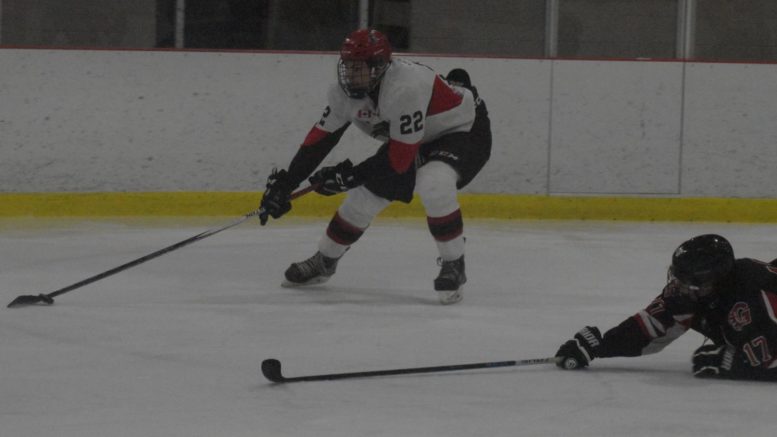 The Picton Pirates (29-12-2) still have to close out the regular season on Thursday at home against the visiting Napanee Raiders but win, lose or draw, what a sensational back half of the 2018-19 Provincial Junior Hockey League Regular season the local squad has had.

As the Bucs attempt to meet the 30 win plateau in their last regular season contest, the club can take a modicum of satisfaction that they will enter the Tod division playoffs as the hottest team in the circuit.

Over its last dozen games, Picton has strung together a sizzling 10-1-1 record.

At a time of the season when points are at a premium, the Pirates have amassed 21 of a possible 24 points.

That’s good, sound hockey by this young outfit no matter which way you slice it. 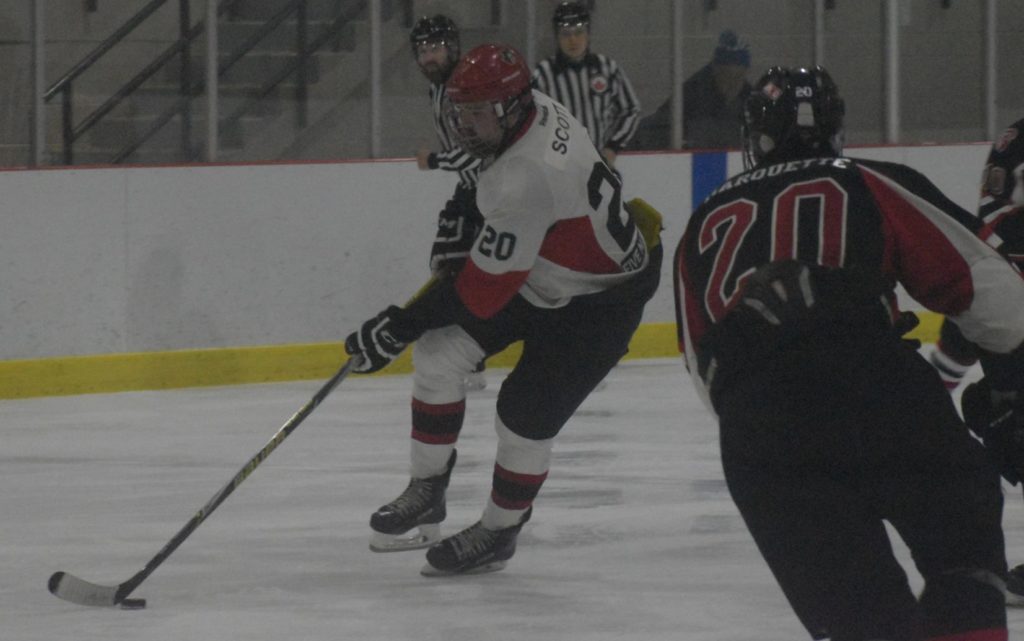 And there are several ways of dissecting the club- goaltending by Kyle Renaud has been a big part of Picton’s winning ways in the second half of the season.

Scoring depth has been key as the likes of veteran Griffen Conger and super rookie Landon McLellan have lightened the load of the likes of captain Devin Morrison and, all of a sudden, the Pirates have more than one way to beat opposing teams.

On the back end, a healthy Matthew Scott is closing out his junior hockey career in such fine form, leading the way for Picton on both sides of the puck.

Yes, the Pirates seem to be able to play it not matter which way the opposition wants and that fact was clearly evident this weekend.

Picton was able to grind down a desperate Gananoque Islander team at home on Thursday night 3-1 and then crank up the offence on Sunday, scoring four first period goals en route to dumping Amherstview 6-2 at the WJ Henderson Recreation Centre on Sunday.

Defensive struggles where physical play and good goaltending are the difference?

Picton can play that.

Up tempo hockey that resembles a track meet?

Picton can also play that way.

“It was certainly more of a defensive struggle on Thursday against the Islanders. I thought we played well over all and limited them but we didn’t really get inside and push into those dirty areas,” Picton head coach Tyler Green said. “I think maybe the comfort of having second place locked down might have played into that somewhat.”

After scoreless first where Picton outshot the Isles 11-6, it was the Pirates leading scorer Griffen Conger collecting a Justin Arnold rebound and beating Gananoque starter Jeremy Piazzi at the 6:20 mark of the second stanza.

The play was started in the Picton end thanks to a quick and slick pass out of the zone by the netminder Renaud.

Picton carried that lead into the third but an early Kyle Casford goal in the frame briefly gave the visitors life and knotted the score at 1-1.

But Picton would emerge from the setback a more determined group and it would be Morrison swooping in and taking a Will Harrison shot that went wide and beating Piazzi to the near post at 14:48 for the game winner.

In the late stages, Conger would bag his 21st of the season into a vacated Islander cage to seal the win for the host club.

On Sunday, Picton and Amherstview both had some bodies sitting out of the contest so a true first round playoff preview the game was not.

Two of Amherstview’s top scorers in Joey Mayer (suspended) and Isaac Pascoal (scratch) were out of the lineup while Picton rested McLellan and Logan White.

Picton went with Brennan Bush in net while the Jets countered with their regular starting netminder Jacob Evans.

But the Pirates would chase Evans before the game was even 10 minutes old.

Tristan Cowan and Owen Dever put the Pirates ahead 2-0 by the 7:04 mark and a Morrison powerplay goal at 7:40 forced Jets head coach Denis Duchesne to put relieve Evans in favour of Andrew Lumb.

“Both teams were missing some regulars but we ran with it and came out of the gates pretty good,” Green said. “We wanted to get out of there with a win and without any significant injuries.”

A pair of goals by Noah Brant in the first half of the second period and the Pirates were up a half dozen in firmly into cruise control mode.

Jag Masters and former Pirate Jaydon Wood would spoil Bush’s outing somewhat but the Picton netminder still managed 27 saves for his 15th win of the season.

Picton’s last game of the season is, like their wins this weekend, more about how the team plays than the ultimate result as the club is locked into the second seed and will open up the Tod division semi-finals against Amherstview, likely on Thurs. Feb. 21.

And it is Napanee paying Picton a visit.
“I’m sure we will be up for the game,” Green said. “Anytime you have a chance to be tested by one of the best teams in the province, you have to be ready for it.”

On Board with the Pirates: Conger, jettisoned by Napanee at the start of the season, leads Picton with 52 points (21 goals +31 assists)…McLellan leads the club in goals with 25.