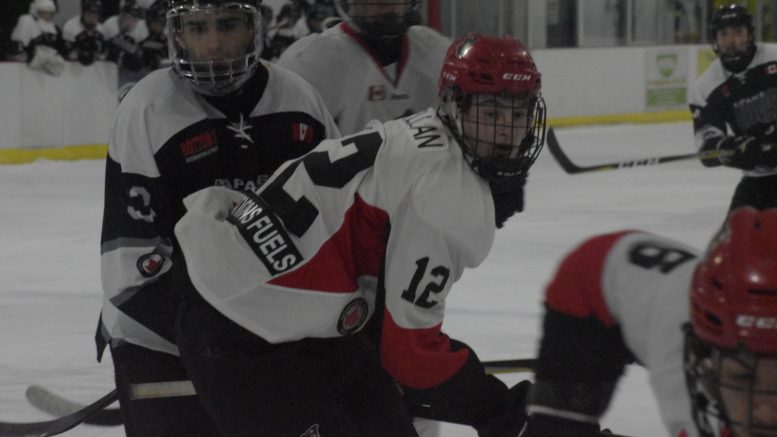 The hottest player on one of the hottest Provincial Junior Hockey League’s team has been named as the Tod Division’s Player of the Month for Jan. And Feb.

Shannonville native Landon McLellan has been tabbed as the circuit’s top performer over the final month and a half of the PJHL regular season.

McLellan, 17 and in his first season of junior hockey after graduating from the Kingston Frontenac AAA program last season, had 12 goals and six assists in Picton’s 12 games over the months of Jan. And Feb.

Pirates General Manager Chris Masterson has been very happy with McLellan’s development this season as he’s watched the 6’2”, 175 lb centreman grow into his frame physically while becoming a valued two-way player in the Picton lineup.

“He’s been very good for us in that he’s been drawing a lot of tough defensive assignments this season and has been entrusted with shutting down the other team’s top line. He’s done well offensively but the defensive aspect of his game is part of what makes him so valuable.” Masterson said. “Landon is very deserving of this award.”