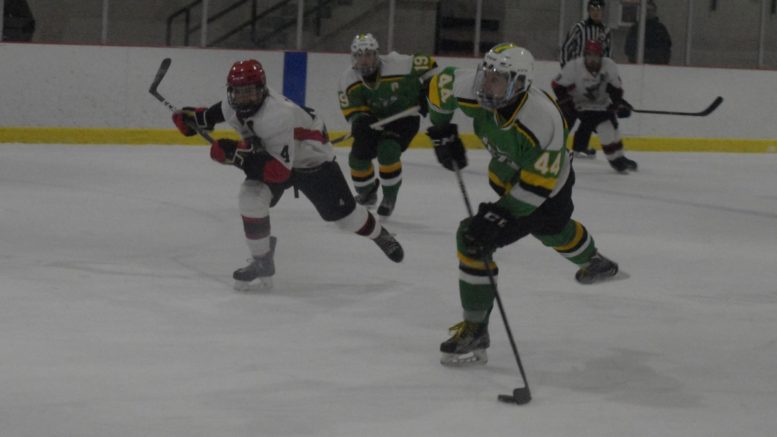 After losing the first two games of their Tod Division Semi-Final to the Picton Pirates, signs of life from the Amherstview Jets has the seven game set back to where it should be if you abide by the mantra the home team should win the first three games of any series.

Down 2-0 heading into Sunday’s Game Three at Huff Estates Arena in Picton, the Jets did something they hadn’t done since Dec. 23, 2018.

That is beat the Picton Pirates.

Picton played an uncharacteristically bad second period allowing three Jets goals including two off the stick of Amherstview sniper Cody Smith that created a 4-1 lead for the visitors.

An Owen Dever goal late in the third gave Picton an idea of igniting a two goal come back in the final three minutes of play but those hopes were extinguished permanently thanks to a pair of late Picton penalties and a five-on-three powerplay goal off the stick of Issac Pascoal, his second man advantage marker of the evening.

The 5-2 loss was, ironically, the worst Picton defeat since the Jets beat the Pirates at in Picton two days prior to Christmas. 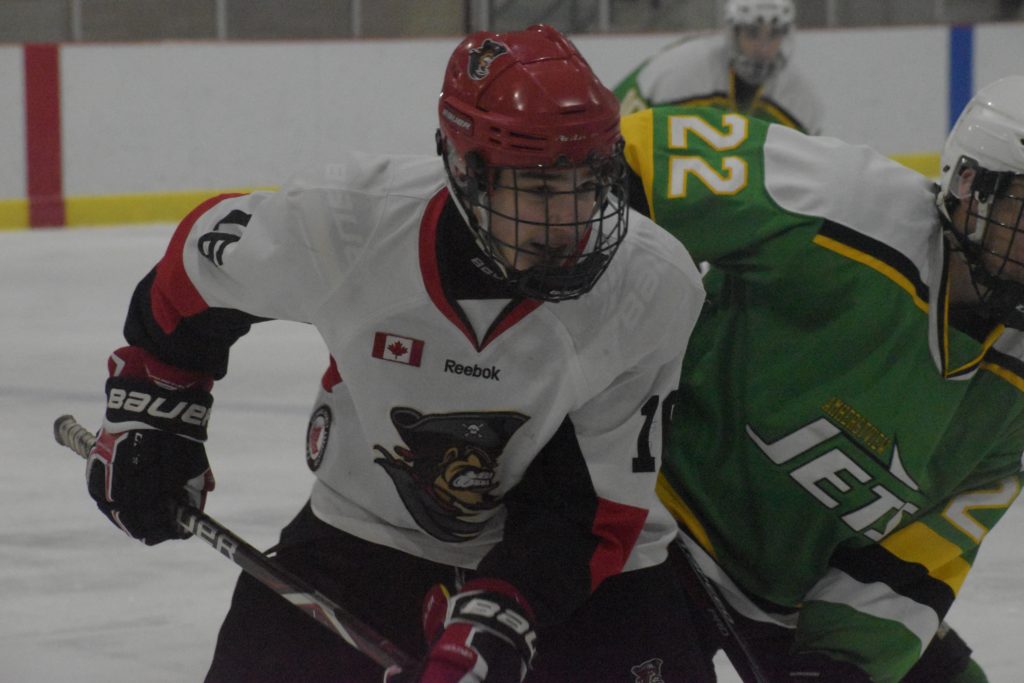 But the Pirates are able to look forward to picking up their second road win of the series on Wednesday evening and pushing the Jets to the brink if they can recapture the form the Bucs showed in the first two games of the series.

Griffen Conger got the Pirates on the board when he ripped home a powerplay goal thanks to helpers from Landon McLellan and Devin Morrison just 3:50 into the game

The Jets would respond later in the stanza with a powerplay goal of their own off the stick of Carter Clarke.

In the second, Conger would take a feed from Morrison and beat Amherstview starter Andrew Lumb at the 4:07 mark.

That goal would wind up standing as the game winner as Pirates netminder Kyle Renaud was tested 17 times in the final two periods but didn’t blink down the stretch.

On Sunday, Renaud was much busier as the clubs played a back-and-forth overtime Game Two thriller.

After trailing most of the first period and being outshot 21-8, Picton exploded for three goals in the second.

Cooper Rogers set up fellow rookie Matt Poole at 2:30 to make the game 1-1 and, just 37 seconds later, it was McLellan converting a Logan White feed for Picton’s first lead of the contest.

Hunter Chapman’s first of the series on the powerplay at 8:26 would knot the contest back up at 2-2 but Picton was able to win the period and forge ahead thanks to blueliner Kurtis Wood and his unassisted goal at 15:20 of the second.

In the third, Chapman would score inside the first minute to tie the game against but Derek Vos’ powerplay goal set up by McLellan at 2:25 pushed the Pirates ahead again.

That lead lasted just over six minutes as a Pascoal goal at 8:29 would square the affair at 4-4.

The game didn’t take long to be solved in the extra session as Picton forward Nate Boomhower gained the Amherstview line just four minutes in.

Heading into the Jets zone out manned, Boomhower flipped the puck to Vos who was able to navigate between a pair of Amherstview defenders and slip the puck under Lumb for the game winning goal at 3:43 of the extra session.

The teams play Wednesday night in Amherstview and then return to Picton on Thursday for Game Four at Huff Estates Arena.