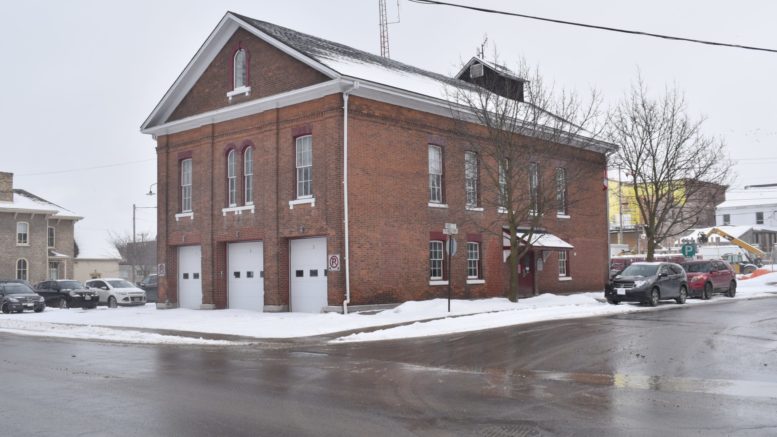 After standing stately at the corner of King and Ross st. Since 1866, the fate of Picton Town Hall will take at least another eight months to decide.

As to that fate, it’s truly anyone’s guess on which side Prince Edward County Council will lean.

But it certainly won’t be without debate, both around the horseshoe and in the public arena.

At it’s regular Committee of the whole meeting on Thursday, council heard from a number of interested parties that are looking preserve the space as a community asset or be developed into an entirely different entity all together.

And, ultimately, the question that will come before this current group of council is will the municipality undertake the sale of the Picton Town Hall asset to offset the construction costs of the new Fire Hall on McSteven Drive as was originally intended but the senior staff that created the nine-hall fire plan or listen to invested community members who want to take over the management of the building and operate it at a cost neutral position.

On Thursday, council voted to defer two submissions received in response to the Municipality’s Request for Expressions of Interest and direct staff to provide Council with an expedited Request for Proposal process including full consideration of a Public Private Partnership option (P3) that would assure the public good and permanent heritage value, as well as assure indefinite public access at no or minimal cost increase to Prince Edward community groups.

According to the motion passed on Thursday, the RFP is expected to be completed by October 2019 when staff’s final recommendations will be tabled. 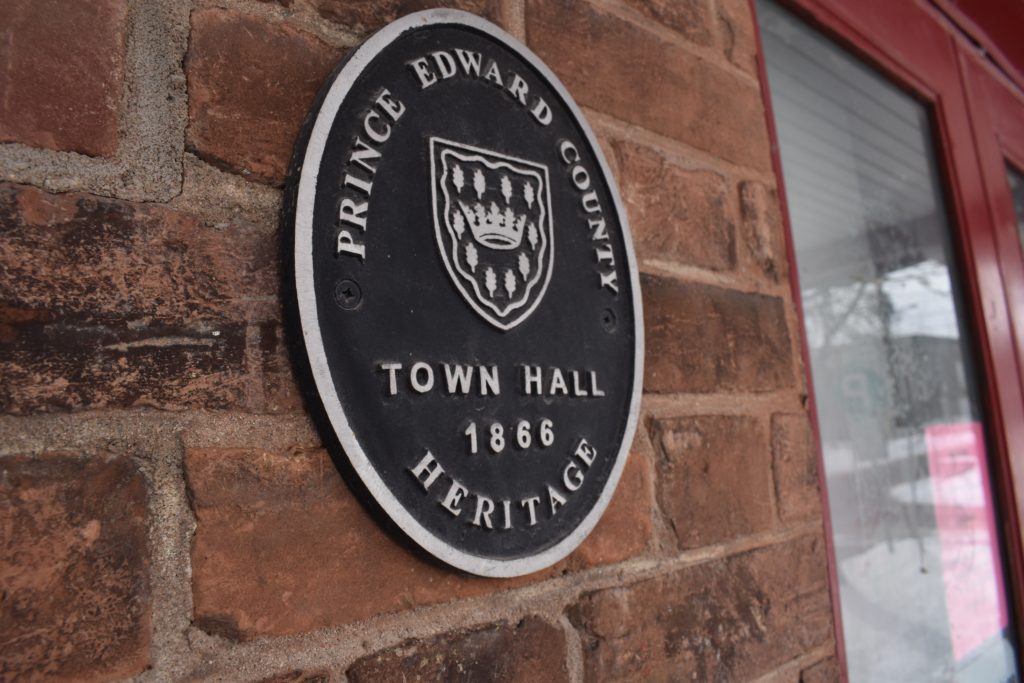 The motion before council on Thursday called for the adoption of the Save Picton Town Hall Working Group’s ‘A Hall for All’ proposal which included a board of management to take over operations of the Picton Town Hall and run the meeting space that hosts everything from public information sessions, bridge club gatherings and arts performances and displays.

While its expected the municipality would have to conduct upkeep and maintenance on Picton Town Hall, the proposal presents a concept that the rentals and bookings (around $55,000 per annum) would allow for a cost neutral position within a couple of years.

The other solution that wasn’t favoured by municipal staff was selling the entity to local developer and businessman Micheal Hymus for an affordable ($30-$40 per night) 50 unit pod-style hostel development for transient Prince Edward County travellers and would include a commercial space in the former Fire Hall portion as well as a public outdoor skating rink similar to the Wellington entity adjacent to Midtown Brewery.

The Hymus Holdings proposal called for a purchase price of $525,000 as well as a donation of $250,000 for the Picton Branch of the Prince Edward County Library expansion project.

It was a packed Shire Hall on Thursday that saw a number of Hall for All proponents as well as Hymus offer a deputations as to why their solution was the best option for council to move ahead with.

With the proviso the sale of the previous structure offset the new Picton Fire Hall and a recent tax increase developed through budget deliberations councillors have been hearing about in their correspondence with ratepayers, the municipal body chose to careful treading and examination before deciding on which direction to head with a valued community asset that could fetch upwards of $750,000 on the open market but could be lost to the public forever.

In speaking to the motion he tabled to defer the proposals and seek a possible P3 solution, Councillor Bill Roberts took responsibility for the pervious council “not doing the heavy work” to find something that’s palatable to all parties.

“I have a confession of culpability. I was on the immediate past council and I don’t think they did this council any favours. They made a mistake of not doing the heavy work of what it is we want to exactly accomplish with Picton Town Hall,” Roberts said.

The Sophiasburgh councillor said the previous council was “allergic” to the controversy and punted the issue to the current form of council and the EOI before them Thursday are essentially other parties telling the municipality what it should do because we don’t want to be responsible for making a decisions themselves.
“It’s a flawed process,” Roberts said.

Roberts said the proposals in front of the Committee Thursday are both good but are at opposite ends of the spectrum and are stark choices.

In his view, a P3 approach that strictly preserves the public asset in terms of ownership and governance and guaranteee public access at no increase and also dealt with capital repairs that were assessed at $246,000 about half a dozen years ago and surely haven’t decreased over time. 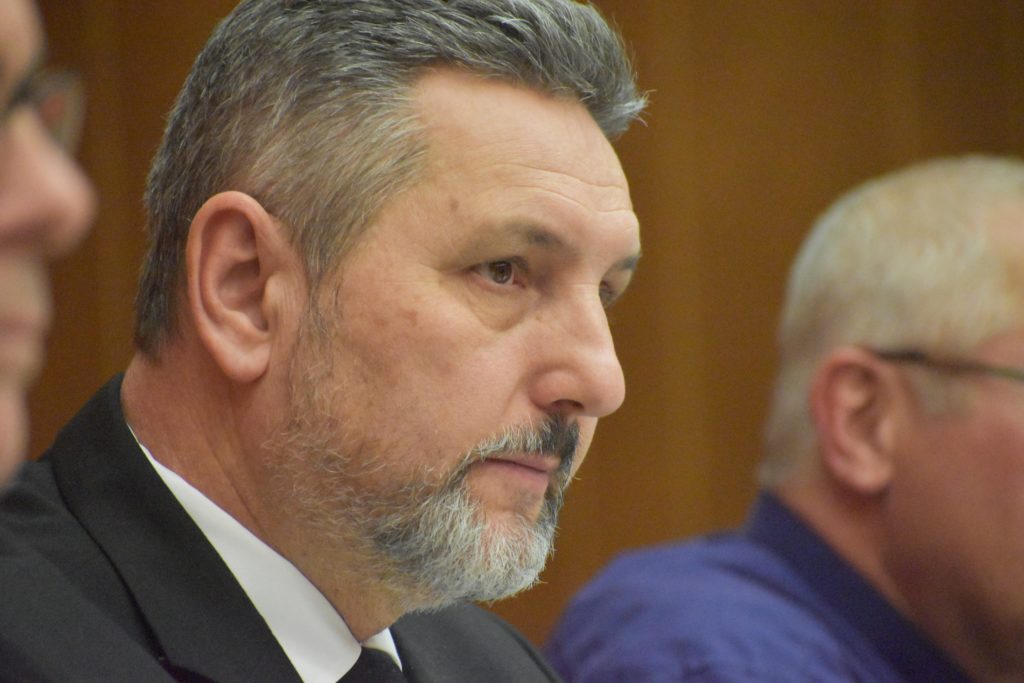 And while there was an appetite by council to allow the process go in a new direction towards a potential P3 partnership with either the two parties or other groups, it was clear in the discussion prior to the motion being approved that some at the horseshoe are eager for a finality that will help the bottom line of the municipality further than the cost neutral pledge by a Board of Management ever could.

Councillor Andreas Bolik recalled the recent budget deliberations and assumed other councillors have been having similar conversations about taxes that he has been having.

Bolik said there was no denying the importance of culture in Prince Edward County but by not unloading the Picton Town Hall, council was backtracking on the original intent of the new fire hall construction process.

“Some times we have to make hard decision about what we should and shouldn’t do and my concern is investing money. I don’t know how many people are actually impacted and whether this is a Picton centric thing or it services the entire county,” Bolik said. “If we keep the Picton Town Hall, we will not only will we not have the money that was set aside for the debt incurred by the building the new fire hall but an ongoing liability.”

Athol’s Jamie Forrester was more blunt in recalling the fire hall plan course of action, stating that councillors are elected to make business decisions and that if the municipality “does not sell this now, this will be one of the worst plans that this council has ever okayed.”

“Great community buildings to have but everything you do costs huge amounts of money,” Forrester said of the County’s historical public spaces. “I have a really hard time holding on to this because I don’t just represent people in Picton, I represent all the people of Prince Edward County.

Hallowell and Bloomfield Councillor Brad Nieman said that council of the day wanted a new fire hall and, in order to get it, the trade off to develop the funding for such an expenditure was selling the old fire halls.

“This is the debt that we have and if we don’t undertake good business practises, taxes will go up and we will continue driving people out of Prince Edward County because they simply can’t afford to live here,” Nieman said.

In support of keeping the Picton Town Hall a public asset, Picton councillor Kate McNaughton said it wasn’t until after the decision was made by the pervious council to approve the nine-hall did serious alarm bells start to go off within the community that the Hall might be lost.

Pointing to regular users that travel from Athol, Sophiasburgh, North and South Marysburgh that partake in activities at the Picton Town Hall, McNaughton refuted the idea this was a Picton-centric issue and the facility has a wider appeal than some people are willing to imagine.

“We’re losing the gathering places that were the of the cornerstones of our communities all across Canada,” McNaughton said of the loss of halls and churches that provided the setting for community gatherings. “Picton Town Hall has been valuable to the community and has had historical usage for many, many years. It’s my hope my daughters and grandchildren will get to grow a relationship with that building and it would be heartbreaking if that didn’t happen.”

In addition to developing an RFP process, it’s expected that the municipality will conduct a capital needs assessment of the building as well as a more current market evaluation.

The motion is expected to be ratified at the March 15 Council meeting.