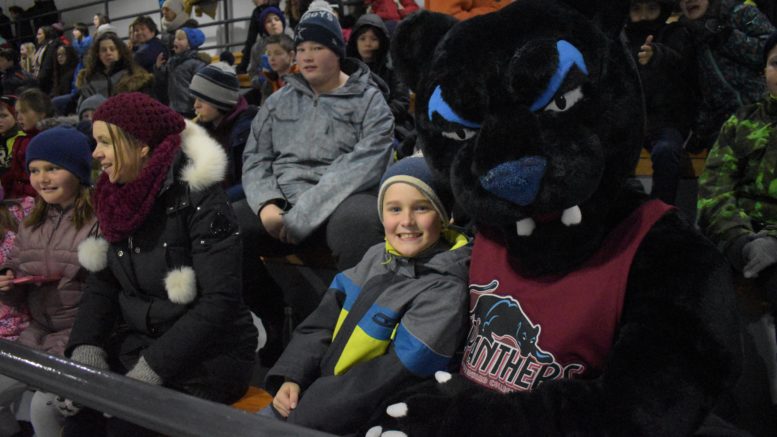 The Staff undefeated streak continues but the PECI Seniors gave their teachers a scare on Thursday, storming back from a 5-3 deficit to earn a 5-5 draw in the annual pre-March break get together at Huff Estates Arena that’s typically long on goals and even longer on laughs. 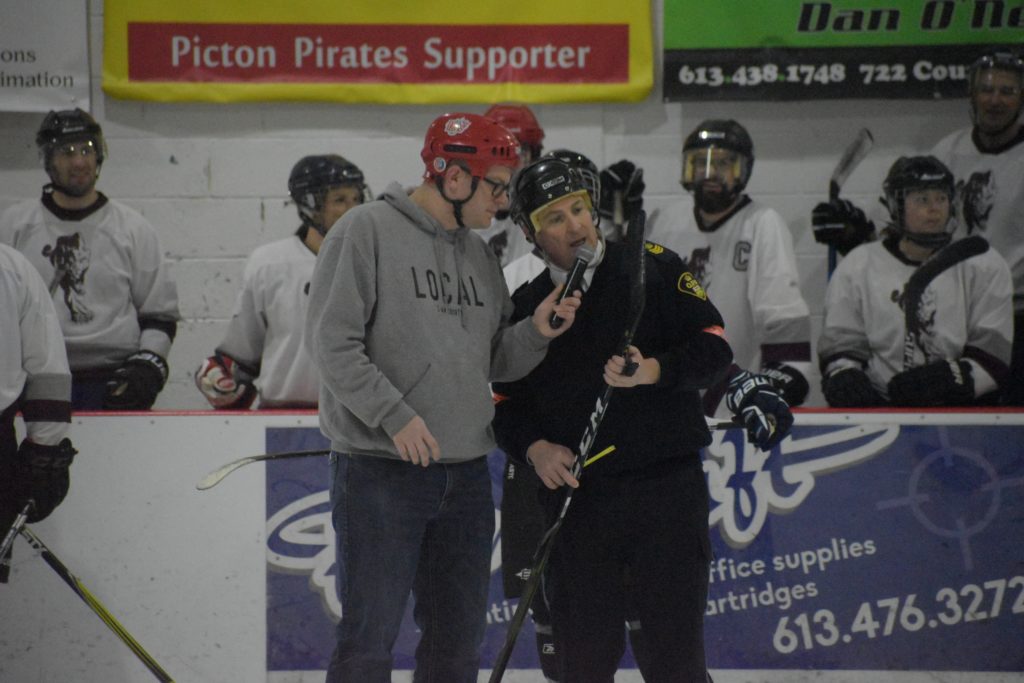 Expertly officiated by Prince Edward OPP Detachment Commander John Hatch, the game featured radar gun-measured shots, a skills display by Junior Panthers from the elementary panel and a dramatic comeback by the students that had everyone going home happy. 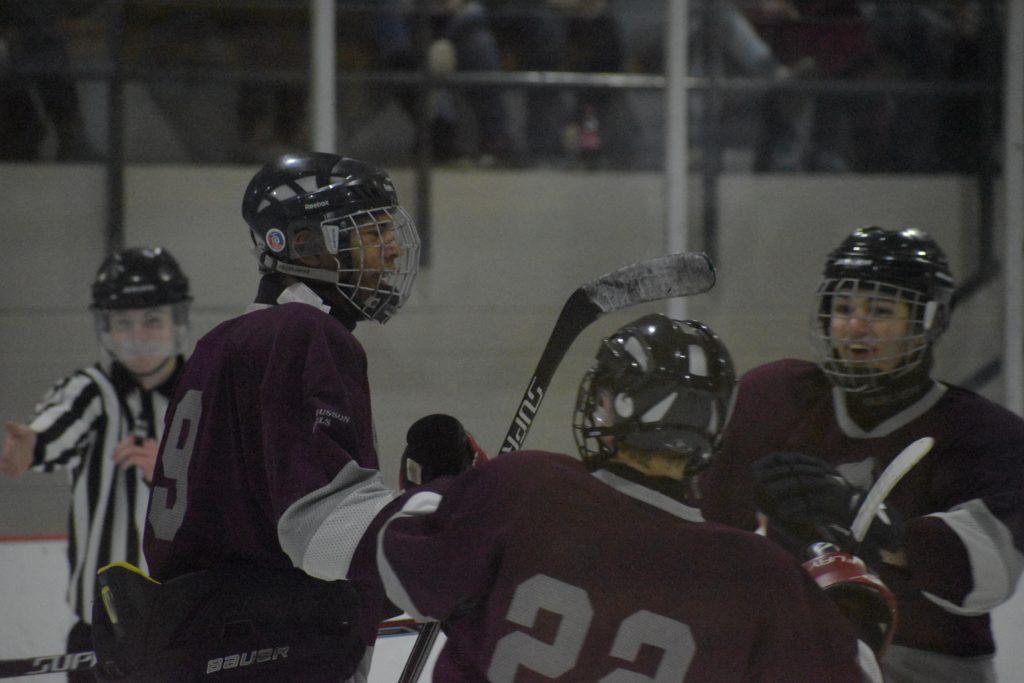 PECI Student Alex Arsenault had a goal in the first period that seemed to lift his squad but goals from the staff side off the sticks of Joey Davies, Chase Lavender and Matt Sheahan helped build a three goal cushion after two periods. 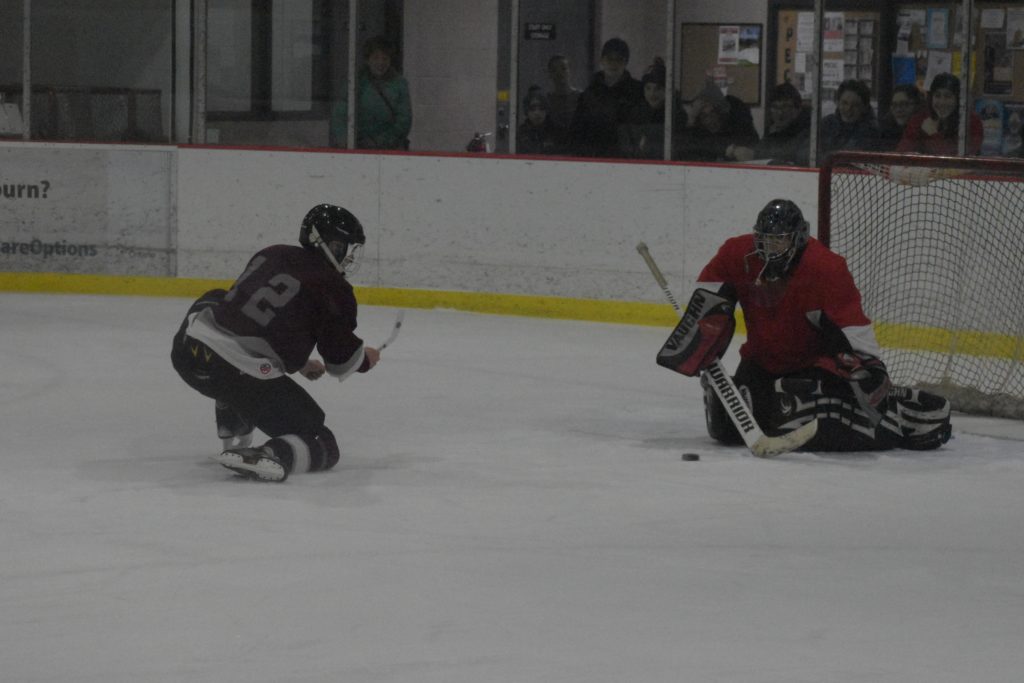 That set the stage for a nice comeback effort by the students who have been unable to knock off the Staff dating back before the 2006 game.